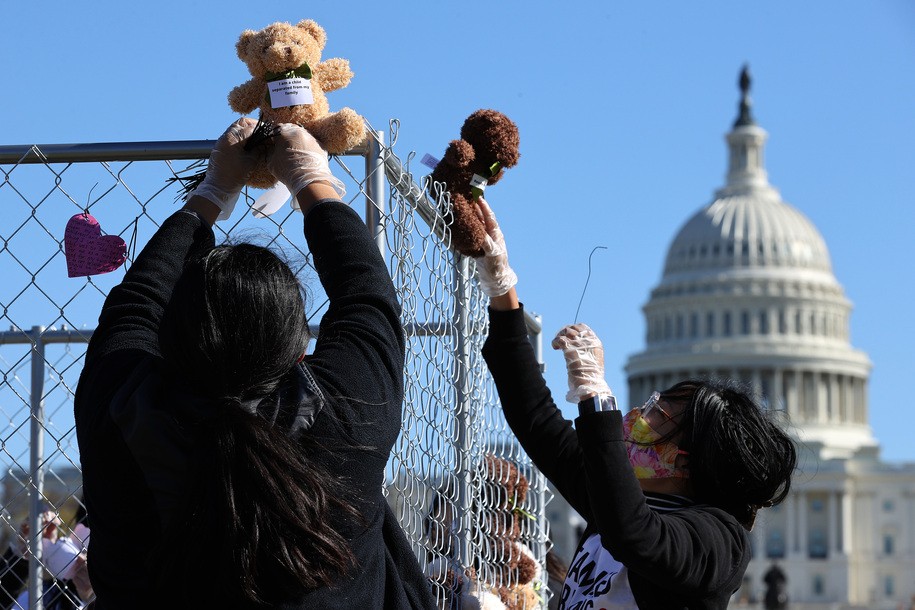 The Biden administration is expected to announce on Tuesday its federal task force dedicated to reuniting families that were separated at the southern border by the previous administration, including hundreds of children who continue to remain apart nearly four years after the initial “piloting” of the barbaric “zero tolerance” policy.

NBC News initially reported that Alejandro Mayorkas, Biden’s nominee to lead the Department of Homeland Security (DHS), would be heading the interdepartmental task force. This was later confirmed by White House Press Secretary Jen Psaki. “When the task force is announced,” the report continued, “it is expected to be an inter-agency effort across the Department of Homeland Security, Health and Human Services and the State Department.”

Biden as a candidate pledged that he would authorize a federal task force to help reunite families on Day One, but as NBC News reported, this has been delayed for nearly two weeks. No official reason has been given by the Biden administration, but one likely reason is Senate Republicans blocking Mayorkas’ quick confirmation. A second likely reason is the “extraordinarily complicated” nature of the separations, NBC News correspondent Jacob Soboroff told MSNBC’s Rachel Maddow.

“It’s complicated not just because of the cruelty and the intentionality that went into this policy to separate 5,000 kids, over 5,000 kids from their parents, including Ms. L, who was separated and then detained, the namesake of the lawsuit that won the reunification of all the families right here in Otay Mesa,” he said in the clip, reporting from the California city where many separated families were jailed. “But also because after the separations, there are so many different distinct groups of separated families, and how ultimately President Biden and his administration will deal with them. What is the relief that they will offer?”

Per early reporting on the task force from NBC News, “[t]he task force announcement is not expected to include details on whether the families will be given special permission to come to the United States to reunite with their children.” Advocate organizations that have already been tasked by the court with reuniting families, like the American Civil Liberties Union (ACLU), have urged Biden to allow families to return to the U.S. and be given legal status. Lawmakers including Texas Rep. Joaquin Castro have also urged for U.S. reunification.

Castro had also called for the formation of a special commission to investigate this human rights disaster, telling Vox that it’s “the right thing to do and also, in many ways, necessary for our country.”

On Tuesday President Biden will announce his promised (and twice-delayed) family separation reunification task force. These important questions remain about how it will work and what it will do. pic.twitter.com/rpWBcs1tbU

Two of the agencies that will work to reunite families were at the center of separations, with the Department of Health and Human Services (HHS) inspector general saying in a report last year that senior HHS officials paid no heed to concerns from Office of Refugee Resettlement staffers about forcibly separating children from their parents. That report described officials’ intentional negligence regarding what ultimately became the family separation crisis, including superiors scolding staffers for putting concerns in writing.

Years after the “piloting” of family separation in 2017, hundreds of children separated from their parents by the previous administration have continued to remain separated, and new reporting from The Washington Post reveals that some families that have been reunited have faced separation all over again due parents and children having separate immigration cases. “Even after families were reunited by the court, the Trump administration tried to re-separate them by deporting the parent,” ACLU attorney Lee Gelernt told the Post. “Incredibly, one separation was not enough for the Trump administration.”

In order to reverse the horrific, intentional damage inflicted by the previous administration, the Biden administration must start by returning these families, and giving them protections. It’s the right, and just, thing to do.