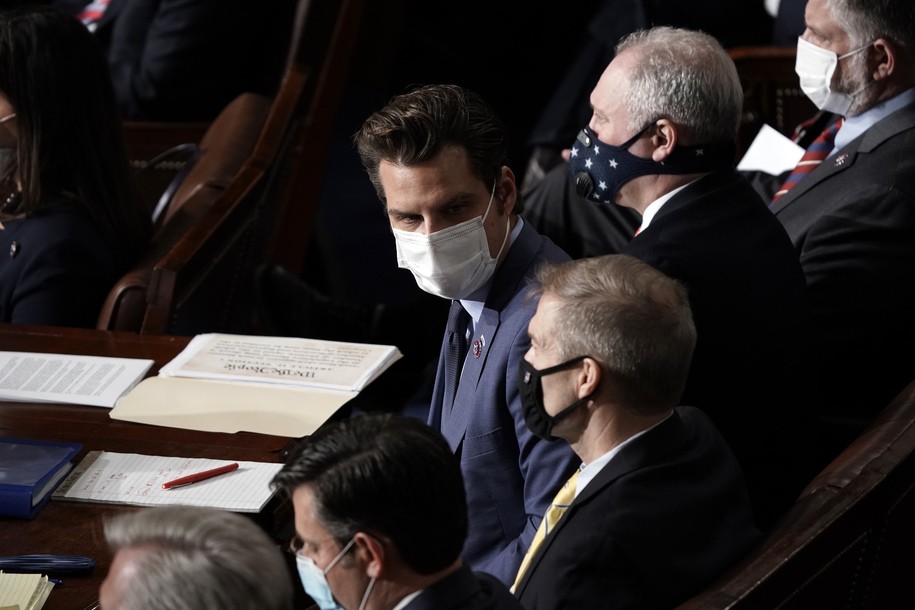 The Wall Street Journal has a blockbuster story on political corruption out today, and by that we mean the Journal published what is at this point a fairly rote process story about corporate political donations with nary a mention that what they are describing is crookery so institutionalized that the lawmakers engaging in it barely give it a second thought.

At heart is the decision by some corporations to halt political donations to Republican lawmakers who voted to nullify a United States presidential election based on hoax claims of fraud, even after those hoaxes were proved to be false and after a mob of Donald Trump supporters attacked the U.S. Capitol in an attempt to kill anti-Trump lawmakers and reinstall Trump as president despite his election loss. To some (but not all) brand-conscious companies, an attempt to end democratic rule in the United States and install a new leader by fiat is a bridge too far; few companies are willing to be seen as partners in an insurrection.

The majority of House Republicans, however, sided with that insurrection. Now those Republicans are mad about losing those corporate donations, which some of them have relied upon to a shocking extent, and are mulling just what to do about it. The options do not, apparently, include recognizing their own roles in attempting to erase the results of a presidential election. The options do include issuing threats to the companies in question, and here’s where the U.S. reliance on institutionalized corruption gets spelled out bluntly.

“Aides to some Republicans lawmakers say they are considering punishing the companies that halted PAC donations by banning their lobbyists from coming to their offices to advocate on legislation,” reports the Journal.

Oh. Oh no, that would be terrible. Imagine barring corporate lobbyists from congressional offices—whatever would we do.

Lost in the blandness of that little sentence is, well, its very premise. Republican lawmakers are issuing a plain threat to their corporate once-donors: Keep the checks coming or we’ll refuse to take meetings with you. Keep paying us and we will keep listening to what you have to say; cut that money off, and we’ll hang you all out to dry.

It all comes off like a mob shakedown, which it essentially is. “Congressional aides for lawmakers who have been banned from corporate PAC funds say it could affect the vigor with which they challenge some of the progressive agenda,” writes the Journal.

If nothing else it lays the heart of conservatism bare, yet again. You may have been under the impression that Republican lawmakers had earnestly held beliefs about business freedoms and other yada. In actuality, “aides for lawmakers” say, what they fight for depends on who’s given them money and who hasn’t.

It is not bribery, no indeedy. It is just exchanging money for legislation, and it is so institutionalized that the most formidable business-centric newspaper in the country reports it with no particular fanfare.

The Journal is careful to both-sides the story, reporting at the same time that Democratic lawmakers are angry with companies that have suspended political donations to both parties, believing (correctly) that’s a cowardly move by companies not willing to condemn an attempted coup of government as something uniquely unacceptable. And it reports that the anger of business-centric lawmakers from both parties may do damage to corporate priorities on the cusp of what is expected to be a new wave of progressive legislation: “Aides to Republican and Democratic lawmakers say they may be less willing to help undermine those proposals by speaking out against them in public, offering amendments to water them down in committee or lending their support to competing proposals.”

Got a nice little racket going here, corporate America. Wouldn’t want anything to happen to it.

In the end, nobody seems to be taking these threats very seriously. Institutionalized bribery via political coffers is so ingrained into our system that the system cannot function without it, and the Journal notes that lobbyists themselves believe that corporations will give up their attempts to distance themselves from Republican insurrectionists as new laws and policies are proposed that will affect them. The money faucets will turn back on, even for seditionists.

That might happen, and it might not. Attempting to overturn a United States election is, quite literally, among the worst actions a lawmaker could push for even from a purely business perspective; no American company is eager to begin drafting contingency plans dealing with the possible overthrow of government. It is a market-mover, to be sure—but not in a positive direction. Corporate America may indeed decide that it must extract the coup enablers from Congress even if it comes with some momentary pain, rather than be seen as allied with any of these people during a time that even the nation’s most powerful press voices are angrily condemning them as seditionists.

Even an increased minimum wage is not truly an existential crisis for any company not already dependent on slave labor. The rise of Putin-style kleptocratic rule under a future anti-democratic kingpin, one in which every company is allowed to exist only if that company does not interfere with the kleptocracy’s own interests, may well be coming.