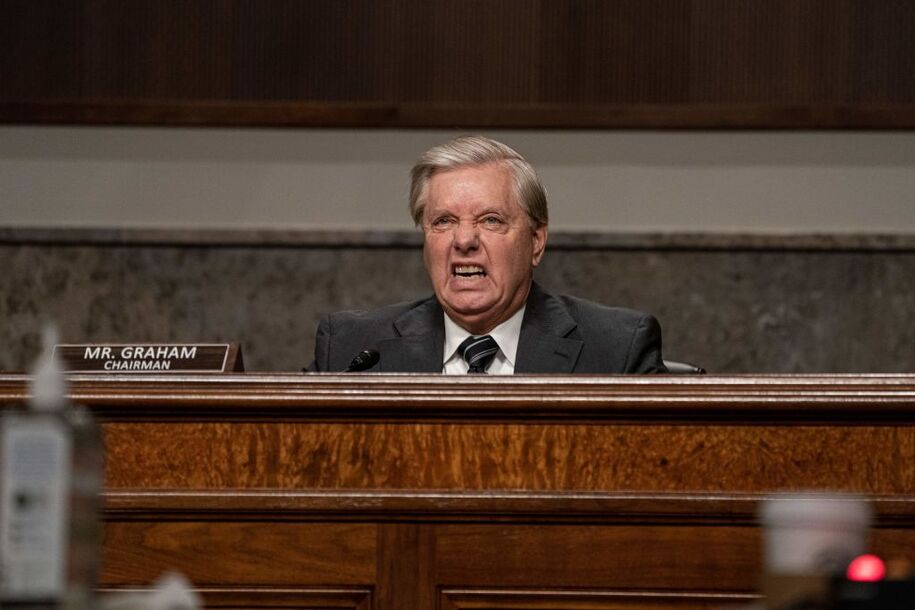 It’s now February and nearly a full month since the Jan. 5 election in Georgia that flipped the Senate to Democrats. At least nominally—the body is split 50-50 and the weight goes to Democrats because they can bring in Vice President Kamala Harris as necessary, so they’ve got the majority. But the Senate still hasn’t passed the organizing resolution to finalize all that and, critically, hand the keys of the committees over to the Democrats.

Why? Sen. Dick Durbin says it’s Sen. Mitch McConnell. “He’s the key to it,” Durbin told CNN’s Manu Raju after an infuriating exchange of tweets and letters Durbin has had with the abhorrent Lindsey Graham, who is the pretender in the Judiciary Committee chair. Technically, the committee doesn’t have a chair. The committee doesn’t have members, not until the organizing resolution passes. But habit is keeping the gavel in Graham’s hand, and he’s refusing to schedule a hearing for President Biden’s nominee for attorney general, Merrick Garland. Durbin went public with his frustration Monday afternoon tweeting out a plea and a letter to Graham to schedule the damned confirmation hearing on Feb. 8.

To which Graham replied in his typical pissy, hypocritical way. In other words, no, he’s not going to extend even a bit of consideration or courtesy, and he’s going to be a condescending and patronizing ass in “explaining” why. “Your request is highly unusual,” he says. Then he blames it on impeachment and goes through three paragraphs of lecture about committee procedure. Which Durbin knows. Well.

The committee has reams of background material on Garland and has had it since 2016, the last time Republicans were assholes about this particular—completely qualified and non-controversial—nominee, that time for the even more important job on the Supreme Court.

This might be McConnell and team exacting revenge for their embarrassing loss in filibustering the organizing resolution to keep the filibuster. They’re dragging this out as long as they can, though talks among staff have reportedly been “productive.” Soon, aides say, maybe as soon as Tuesday. But no one is giving a deadline.

At this point, Biden should just start threatening to name all his nominees who haven’t yet had hearings “acting” directors and Schumer should try to force them onto the floor without committee hearings. It would take unanimous consent, but it would also highlight the fact that Republicans are still fighting the results of the 2020 election by refusing to allow Biden to complete his government and the Senate to fully function.