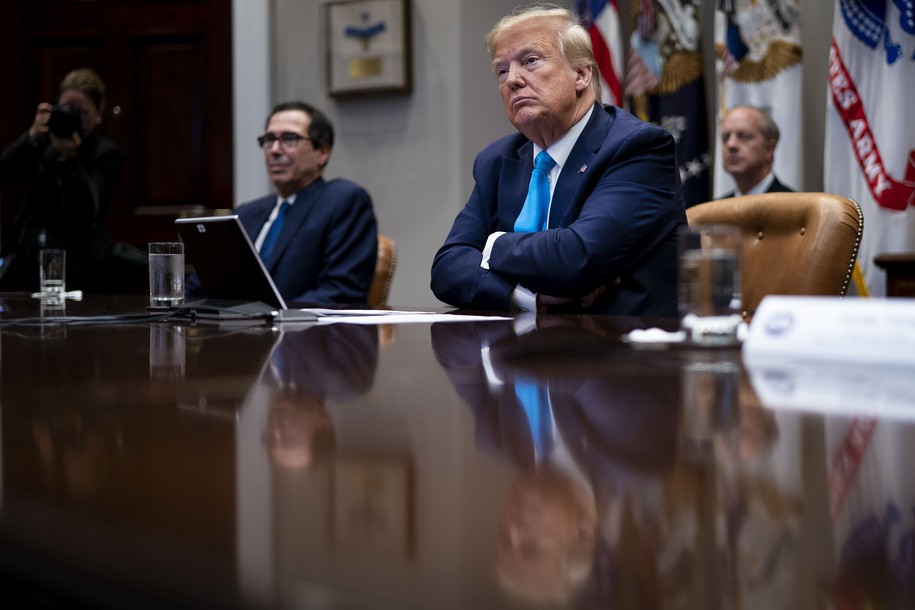 It’s no surprise to anyone that Donald Trump did a horrible job in managing the COVID-19 crisis. From refusing to wear a mask, to promoting snake oil cures, to actively promoting state-level insurrections against governors who attempted to impose even minimal social distancing, Trump did everything possible to make the situation worse. In statistics that have become heartbreakingly familiar, the United States has only 4% of the world’s population, but has somehow managed to have over 25% of the entire world’s cases of COVID-19. Deaths are slightly better. Still, over 20% of all COVID-19 deaths in the world are in the United States — and that’s despite evidence that the U.S. is frequently undercounting those deaths.

There are a few nations out there which have managed to score a higher rate of deaths by population, or even total cases by population. But this is mostly statistical noise generated by the presence of dozens of tiny nation-states (i.e. San Marino’s 69 deaths are a tragedy, but not really a condemnation of the way this tiny micro-state surrounded by Italy handled the pandemic). Really, just about the only nation that’s done as poorly in dealing with the pandemic is Czechia. That nation—with about the same population as the state of Georgia—is currently blazing through both cases and deaths. It’s also overrun with protests over the closing of bars and pubs. Because people. But to be honest, Czechia appeared to skate through earlier rounds of COVID-19 with little damage, only to be swamped by this last surge bolstered by new fast-spreading variants.

So it’s not as if Czechia has had a horrible response throughout the entire pandemic, the way the United States did under Trump. And now a new report from the U.S. Government Accountability Office (GAO) makes it clear just how miserable Trump’s handling of the pandemic really was.

The 340-page report from the GAO pulls no punches right from the start. The agency says that it “remains deeply troubled” that of 31 recommendations it made in previous reports issued in June and September, 27 remained unimplemented as Trump was going out the door. These programs represent “critical gaps” in addressing the pandemic, and particularly in suppling PPE, vaccines, and other medical supplies to states and facilities where they are most needed.

In addition, the GAO expressed concern about the way that the funds approved under previous acts were being doled out by the Small Business Administration. It’s not just outsiders who found the idea of billions being handed out in unaccountable hidden payments astounding. The GAO also noted that the program which was run as a secret trust by Steven Mnunchin “creates risk of considerable improper payments” which includes those that could be “related to fraud.” Among the past GAO recommendations that never got implemented were a series on making the loan program more transparent and accountable.

The accounting practices in particular appear to have been all but nonexistent across multiple departments. Of the $300 million from the CARES Act that the Commerce Department was supposed to provide as assistance to the fishery industry, only $54 million could be located, with conflicting statements on whether it had ever moved from Washington D.C. The Department of Labor’s Pandemic Unemployment Assistance program appears to have $1.1 billion in overpayments to unqualified businesses, and the SBA’s loan program may have over 3,000 invalid loans. How many of those ultimately go back to Trump, or Trump associates, the GAO does no say.

In a number of areas, the GAO recommendations, unsurprisingly, matched those of experts on pandemics, logistics, and accounting.

These are just some of the GAO recommendations that went unmet:

Another area of concern from the GAO was one that never even got considered by Trump: worker safety. The GAO recommendations called for HHS to work with OSHA “to determine what additional data may be needed from employers or other sources to better target the agency’s COVID-19 enforcement efforts.” The truth was there were no efforts to enforce worker safety in the midst of a pandemic. Instead, Trump ordered meatpacking companies to stay open despite knowing that it was placing workers at severe risk. Even before the fall surge, at least 42,534 meatpacking workers tested positive and at least 203 died since Trump forced them back onto the job.

The most obvious result of Trump’s mismanagement can be found in the 458,000 Americans now dead from direct results of COVID-19. But the effects are also in the depressed economy, and in a government that was left hollowed out, deprived of experts, and with no plan. It’s also clear that while the Trump White House was incapable of suppressing the pandemic, it was very capable of making large amounts of money just … disappear. In the spring. And the summer. And the fall.

This is a far-from-final accounting of the horrible degree of pure mismanagement and neglect under Trump. It’s going to take months, at least, to determine where the money went, how the vaccine distribution went so wrong, and what actions were taken to deliberately make the situation worse. But this GAO report pretty much closes the book on that agency’s overview of Trump and the pandemic.

One thing is certain: When the next such report appears, it will not find that the recommendations of experts have been completely overlooked.