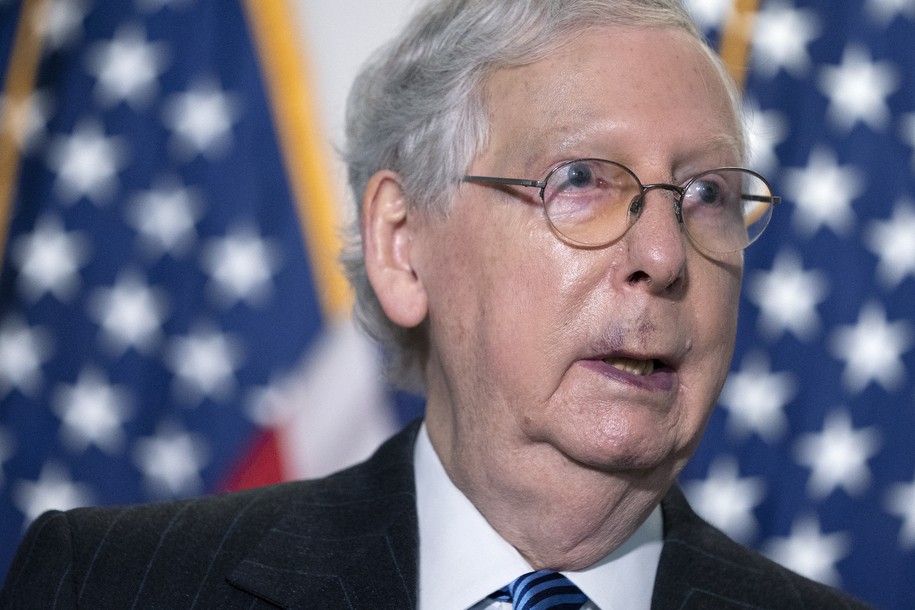 Senate Republicans are showing their true attitude toward unity and bipartisanship on the COVID-19 relief plan. That was expressed Wednesday morning on the Senate floor by Sen. Mitch McConnell, who promised to inflict as much pain as the rules of budget reconciliation allow. Unfortunately, that’s quite a bit in the form of basically unlimited nonbinding and toxic amendments.

“We’ll be getting senators on the record about whether taxpayers should fund checks for illegal immigrants,” McConnell said, and “whether Democrats should raise taxes on small businesses in the midst of this historic crisis … and whether generous federal funding should pour into school districts where the unions refuse to let schools open.” Then he promised, “This is just a small taste.” That last one, on schools, is the brain child of seditionist Sen. Josh Hawley. These are all “messaging” amendments that won’t pass, but will be annoying and time-consuming for everyone.

That’s the biggest drawback of doing bills by reconciliation. Also the biggest drawback to having a Senate—Republicans are there solely for the purpose of cruelty to everyone except the very rich. But they’re particularly there for acting like 12-year-old schoolyard bullies and making life hell for Democrats. Even though it will make no difference to the eventual outcome; the bill will pass, none of these amendments are binding, and when Democrats go big and pass relief, voters won’t give a damn about any of this. But it’s what the Senate is going to spend the bulk of the latter part of the week on: a vote-a-rama of pissy Republican amendments.

Right now, the Senate is in the 50 hours of general debate time that has to lapse between the Senate voting to proceed to the bill to actually taking the bill up. The Democrats might cede back a chunk of their half of that 50 hours, so it’s not clear yet when they’ll be proceeding to the bill. Once they’ve done so, they have 20 hours of time, divided equally, to offer amendments with a limit of two hours of debate per amendment. These are the real ones, if there will be real amendments in the process. Once that 20 hours is up, though, senators can still offer amendments and make other motions and appeals, but those are not debatable. That’s where the vote-a-rama comes in, where members bring all their amendments offered up with no debate time available and a 10-minute limit for voting. Just a long series of 10-minute votes, the limit being essentially how long they’ll be willing to keep it going.

The one real limit to these amendments is that they have to be germane to the underlying bill, and they can’t increase the spending in the bill or decrease any revenues provided in it. That actually leaves quite a bit of leeway for obnoxious messaging, which Republicans are masters of. They should be, they’ve spent most of their time on that instead of actually governing.

If you are dying to read more about the process the Senate is about to embark upon, this Congressional Research Service report is a good place to start.