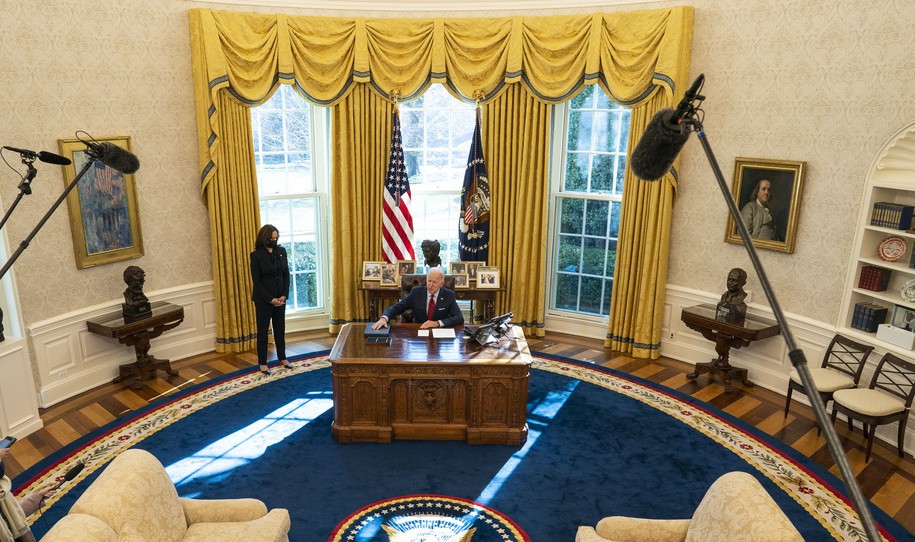 The Biden White House, top officials say, is going to make filling judicial vacancies a top priority. Hallelujah. While a key reason Donald Trump and Sen. Mitch McConnell had so many vacancies to fill was the essential blockade Republican senators put on President Obama’s nominations, a significant factor was that administration’s lack of prioritization of judges in the first term. That’s not going to happen this time.

“People are approaching this with a different sense of urgency,” Senior White House Counsel Paige Herwig told The Washington Post. Herwig is a former Senate staffer who also served as associate counsel to Obama and is now leading Biden’s effort. “And they understand. They saw what the Trump administration did for four years.” Those opportunities are coming fast and furious as judges who’ve been ready to retire but didn’t want to let Trump fill their seats are either stepping down or taking “senior status,” a position that keeps them in their seats with reduced workload, but also creates a vacancy for their seats. That’s a win-win—a judge who has too much integrity to hand their seat to Trump staying on the court, even in a diminished role, while also opening up a slot for a Biden appointee. There are at least five circuit court openings available now and dozens of potential vacancies just through those eligible to take senior status.

Biden’s ambitious agenda heightens the need to dilute the effects of Trump judges. Already, a Texas judge has acted against Biden, blocking his “pause” on deportations. To that end, even before he was inaugurated, Biden’s team had reached out to Democratic senators to come up with their nominees for their home states, and to tell senators that they would expect nomination recommendations from them going forward within 45 days of an announced vacancy. They’ve also told senators that they want nominees from diverse demographic, personal, and professional backgrounds. Trump’s judges are overwhelmingly white and male.

That takes care of nominees from Democratic senators. There’s a question on nominees from Republican senators, because the new chair of the Judiciary Committee, Sen. Dick Durbin, has not yet said what he’s going to do about blue slips. That’s the courtesy the president and the Judiciary Committee extend to senators to advise on nominees. Traditionally, the Judiciary Committee would not move forward on nominations until the senators from their home states turned in their “blue slips,” their indication that they approve the judges. Republicans refused to turn in their blue slips in droves the last time the Democrats held the committee under Obama, which is another reason Trump had so many vacancies. This procedure is purely a courtesy on behalf of the Judiciary Committee chair—it is not compulsory and in recent decades isn’t even tradition—so Republicans have used it as another political cudgel when they’ve held the committee.

“I’m hopeful and would expect that [Durbin] would not honor Republican blue slips on circuit court judges,” Chris Kang, co-founder and chief counsel of progressive judicial advocacy group Demand Justice, told Bloomberg Law. Since Kang used to work for Durbin, as his director of floor operations and as Judiciary Committee counsel, he should have insight. For his part, Durbin hasn’t said yet and didn’t comment to Bloomberg Law. But his office sent this statement: “We’re not going to play by one set of rules for nominees under a Republican president and another set under a Democratic president. … I will do everything in my power to ensure that the Committee gives President Biden’s judicial and executive branch nominees prompt and fair consideration. That means timely hearings and timely votes, just like this Committee did for former-President Trump.”

One of his Democratic colleagues on the committee, Sen. Sheldon Whitehouse, is blunt about it. Durbin should honor blue slips from Democrats on circuit nominees “because that’s been our tradition.” However, “the Republicans, as far as I’m concerned, have utterly waved their rights to have any claim to a blue slip for circuit courts, so I wouldn’t pay any attention to them.” He rightly warned, during an Alliance for Justice event, “If we go back to giving Republican senators circuit court blue slips, progressive heads are going to explode all across the country by the tens of thousands.” That’s very true.

The reason why progressive heads will explode is not because of politics, though. It’s because of policy. It’s because of all the things Biden has promised he will do and all the things the Democratic House and Senate have vowed to do on immigration and health care and voting rights and especially on climate change. Republican states are geared up to resume their onslaught in the courts to block and overturn every effort from the administration. Not only do Biden and the Democratic Senate need to move fast to dilute the Trump effect on the courts by filling vacancies, they need to move fast to expand the courts.