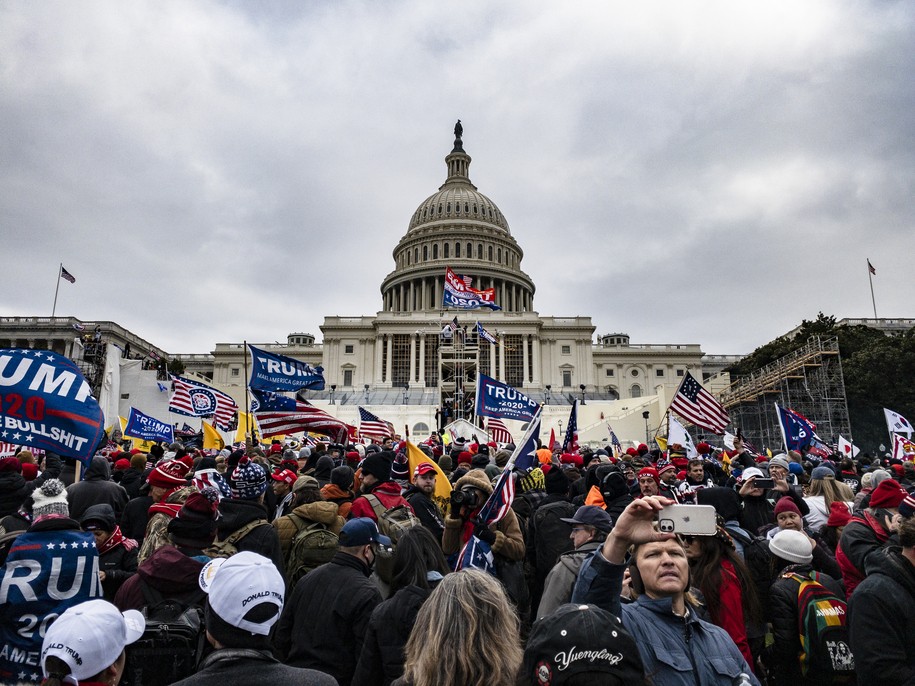 For many Republican voters across the country, the Jan. 6 attack on the Capitol inspired by Donald Trump and carried out by his rabid supporters was the last straw. Literally tens of thousands of Republican voters have changed their party registration since the November election, with defections noticeably spiking after Trump supporters stormed the Capitol complex.

Many of those conservative voters switched to “unaffiliated” while others either went third-party or chose to affiliate with the Democratic Party. Lyle Darrah, who lives north of Denver in Weld County, was one voter who made the leap from Republican to Democrat, according to NPR. Darrah, a 49-year-old Coloradan who voted Trump in 2016 and Biden in 2020, said he was “completely shocked and ashamed” as he watched the events unfold on Jan. 6. “It’s something I felt I could no longer be in support of,” he added, and he hopes the switch sends “a signal” to the Republican Party.

And he’s clearly not alone. In the week from Jan. 6 through Jan. 12, Colorado Public Radio found that about 4,600 Republicans changed their party status in the state. “All told, the Colorado GOP lost about a half a percent of its registered voters in the week after the riot,” writes NPR. The same trend is occurring nationwide, according to a variety of news outlets that have documented the changes since the November election. Here’s a brief rundown:

Many of those newly switched voters abandoned the GOP because they were explicitly rejecting a party that continues to embrace Donald Trump and his violent brand of politics. But the GOP also suffered some losses among Trump supporters who feel the party wasn’t sufficiently loyal to him following the siege and didn’t deliver on overturning the election.

“I quickly realized that I would probably never vote for another Republican again. They have let America down,” Cara Samantha Toney, a suburban mother of three from Denver, who switched from Republican to Libertarian, told NPR.

Another new former GOP voter is considering quitting politics altogether because she no longer trusts the system. “It feels like we’re living in the upside-down world,” 44-year-old Sara Ocker told NPR, decrying the “RINOs,” or Republicans in name only. Ocker is convinced Trump was unfairly scapegoated for the mob attack that she’s certain couldn’t have been perpetrated by Trump supporters. “We’ve all been living a lie and been told a lie,” she said. Yikes.

House GOP Minority Leader Kevin McCarthy spent the week trying to convince the Washington media that he was refashioning the Republicans’ so-called “big tent” to include everyone from fiscal conservatives to space laser enthusiasts and everything in between (e.g., Nazis, white supremacists, militias). But whatever McCarthy thinks he accomplished this week by circling the wagons around the likes of QAnon Rep. Marjorie Taylor Greene, the reality on the ground is 100% different—the GOP is literally shedding voters left and right across the country. Many of them are likely never coming back.