SCOTUS nudges churches’ flocks to the slaughter once again 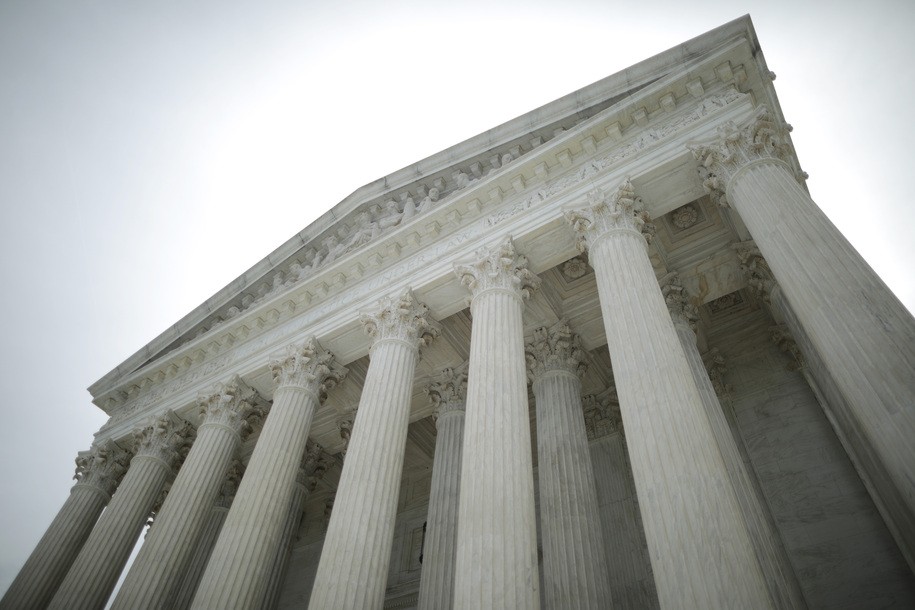 Religious liberty is a bedrock American value. It doesn’t simply protect believers’ right to believe; it also, perhaps indirectly, helps preserve my right not to believe. If Mormons aren’t allowed to believe in sacred underwear, how long will it be before I’m told I have to stop reading Jeremy Bentham essays before bed? (For the record, I don’t, but “Jeremy Bentham essays” sounds marginally more impressive than “Archie comics.”)

But while I’m personally not religious, I strongly support the right of all citizens to believe whatever they want to, so long as it doesn’t, you know, exacerbate a pandemic that’s already killed more than 470,000 Americans and, for all I know, could be closing in on me.

While he was campaigning for a job he apparently assumed he’d keep until his purpling corpse was wheeled from the Oval on a flotilla of Costco flat carts, Donald Trump promised he’d appoint “pro-life” Supreme Court justices. What he really meant was he’d appoint anti-abortion religious zealots, because the conservatives on the court look pretty effing “pro-death” to me.

A divided Supreme Court blocked California’s Covid-related ban on indoor worship services in a late-night order Friday but allowed other restrictions affecting houses of worship to remain in place.

The justices fractured in the two cases — the latest to come before the court pitting religious groups against city and state officials seeking to stop the spread of the pandemic.
California has instituted a tiered system that resulted in a total ban on indoor services in some counties. The court blocked the prohibition on indoor worship services in the most hardly hit areas, but allowed some limitations based on capacity percentages to stay in place as well as a prohibition on singing and chanting during indoor services.

In four separate opinions, the justices staked out familiar ground. Clarence Thomas and Neil Gorsuch were ready to give the churches everything they asked for, whereas Stephen Breyer, Elena Kagan, and Sonia Sotomayor sided with the state of California.

In her dissent, Kagan wrote that “justices on this Court are not scientists, nor do we know much about public health policy.” She added, “In the worst public health crisis in a century, this foray into armchair epidemiology cannot end well.”

Wait! She wasn’t done there.

Kagan: “I fervently hope that the Court’s intervention will not worsen the Nation’s COVID crisis. But if this decision causes suffering, we will not pay. Our marble halls are now closed to the public, and our life tenure forever insulates us from responsibility for our errors.” pic.twitter.com/sz6H0T8UZc

I’m still not sure why conservatives have such a hard time understanding infectious disease transmission. Exposing yourself unnecessarily to COVID-19 and then gathering in fellowship without the proper safeguards doesn’t sound terribly Christian to me.
It isn’t, of course. But then when have these folks ever really been “pro-life”?

Hey! Ask me anything! Really, you can—in the official Twitter “Ask Me Anything” Pennyfarthing thread. You can ask about my latest book, Goodbye, Asshat: 101 Farewell Letters to Donald Trump … or my lifelong quest to become a real boy … or my uncanny, almost eerie resemblance to an elderly Jack Klugman. It’s up to you. Go now! Click here!