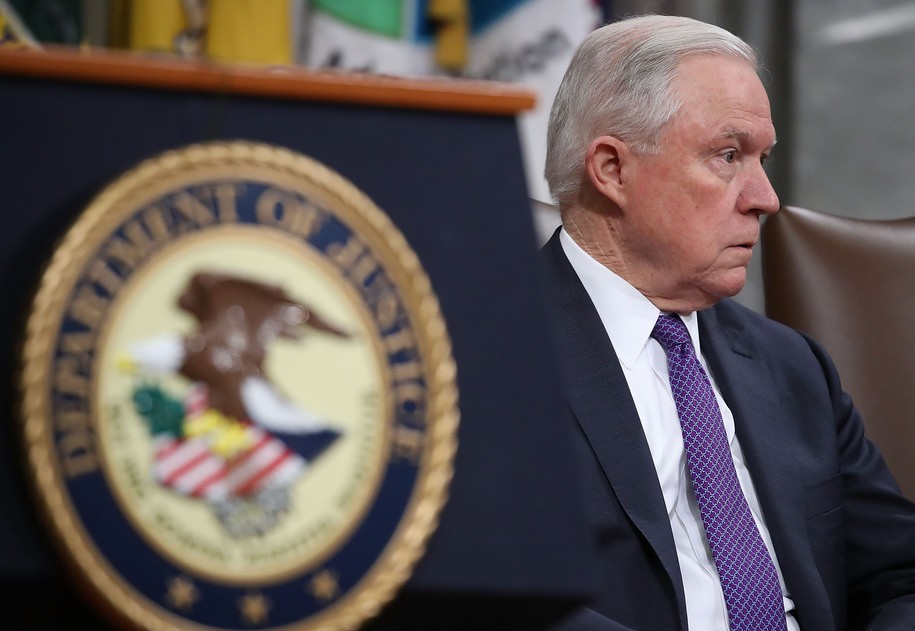 A final report released by the Department of Justice’s inspector general earlier this year identified former Attorney General Jefferson Beauregard Sessions III as a main force behind the previous administration’s inhumane “zero tolerance” policy, which resulted in the state-sanctioned kidnapping of thousands of children at the southern border. Internal notes had in fact documented Sessions as telling U.S. attorneys that “we need to take away children.”

“Without Sessions’ testimony, Inspector General Horowitz testified, his office could not answer the question of why the Justice Department did not consult with the U.S. Marshals Service or federal prosecutors in order to track separated children and reunite them quickly with their parents before announcing zero tolerance on April 6, 2018,” NBC News reported. What the investigation has (so far) found is that top officials just didn’t give a damn.

The report said that following former Department of Homeland Security (DHS) Sec. Kirstjen Nielsen’s issuance of the memo authorizing separations, border agents were told to use spreadsheets to track their kidnappings because there was no central database in place. Kidnappings continued anyway, with the DHS inspector general later finding that the previous administration lied when it claimed there was  a “central database” tracking separated families. They. Just. Didn’t. Give. A. Damn.

But that knowledge certainly shouldn’t prevent Sessions from being forced to testify about his role in carrying out one of the worst humanitarian disasters in modern U.S. history. NBC News reports that during Horowitz’s appearance before the House Oversight Committee, he was asked “whether Sessions made any efforts to mitigate the trauma to children once it became clear from media reports that children were being traumatized under zero tolerance.”

Horowitz replied in the negative. “We didn’t see any evidence of efforts to mitigate the impact,” he said according to the report. They. Just. Didn’t. Give. A. Damn.

While the Biden administration last week announced that newly confirmed DHS Sec. Alejandro Mayorkas will head the federal task force working to reunite separated families, hundreds of families remain separated due to the previous administration’s intentional cruelty. “Attorneys and advocates have been unable to find hundreds of separated families,” The Washington Post reported, “in some cases sending search parties into remote parts of Central America in attempts to locate them.”

While a number of reports have said Biden officials will make determinations for reunifications on a case-by-case basis, advocates have continued urging they happen here, if families wish. “What we need now is an immediate commitment to specific remedies, including reunification in the U.S., permanent legal status, and restitution for all of the 5,500-plus families separated by the Trump administration,” American Civil Liberties Union attorney Lee Gelernt told the Post. “Anything short of that will be extremely troubling given that the U.S. government engaged in deliberate child abuse.”

Legislators like Texas Rep. Joaquin Castro have also called for the formation of a special commission to investigate this disaster and its perpetrators, like Jefferson Beauregard Sessions III. “The commission itself would not necessarily have the authority to prosecute,” he told Vox last year. “But just as with other committees, information could be forwarded to the Department of Justice for consideration of legal proceedings. Ultimately, any decision to prosecute would be separate and apart from the commission itself.”