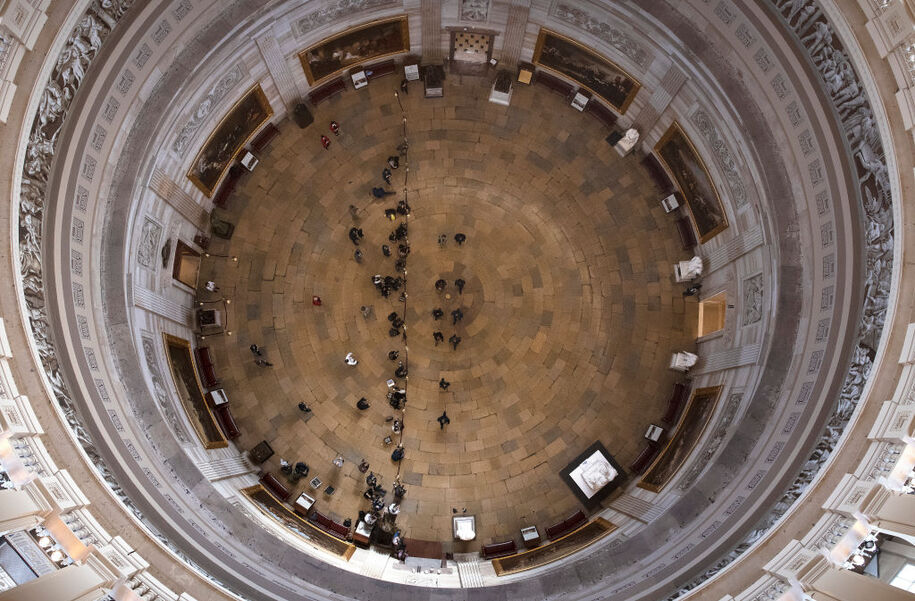 The second impeachment trial of Donald J. Trump—this time for inciting an insurrection—is underway, with Tuesday bringing four hours of debate on whether it’s constitutional to hold an impeachment trial for someone who is no longer in office. If that sounds familiar, it’s because the Senate already voted once on this question, with five Republicans joining Democrats to say yes, it is.

The quality of the Trump team’s argument was previewed when one of the lawyers they cited in a pre-trial document said they misrepresented his work.

Assuming Republicans once again join Democrats in moving the trial forward, the coming days will bring up to 16 hours of arguments over two days from both the House impeachment managers and Trump’s defense team, followed by up to four hours of questions from senators, possibly followed by debate over whether to allow witnesses and subpoenas.

At no point should we lose sight of the fact that this trial is about an insurrection aimed at preventing Congress from certifying the presidential election, in which five people lost their lives.

Raskin is back up, with 30 minutes of time, but says he “sees no reason” to make any further case that the Senate has the jurisdiction . Waives his time.

And we’re proceeding straight to the vote on whether the Senate can move forward.

Trump can’t be happy with Castor’s … whatever that was. It so bored the Senate that several members actually left the chamber. When Schoen started up, they came back and seemed to be paying attention. However, 90% of what Schoen said was also completely off target in trying to prove what Trump’s team said in their replies.

The vote is 56 to 44. So it looks like after the first day, Democrats have actually picked up a vote. The new “yes” is Cassidy.

So Republican “yes” votes are: Cassidy, Collins, Murkowski, Romney, Sasse, and Toomey. That’s a small crack … but it’s a crack.

Still, it seems like most Republicans still intend to hide behind the Constitution question to avoid saying that their vote is an endorsement of Trump’s actions.