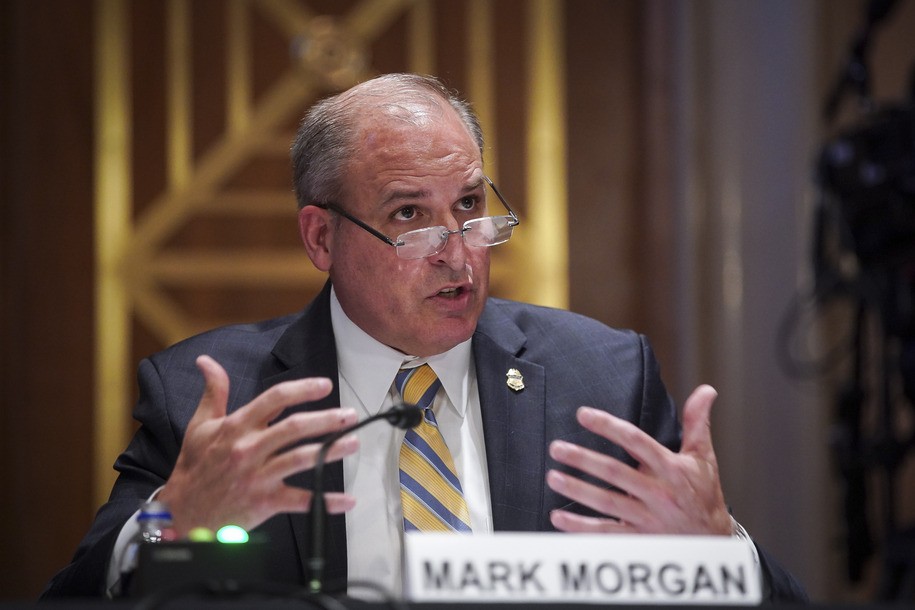 A former official who under the previous administration served at different times as the head of the out-of-control Customs and Border Protection (CBP) and Immigration and Customs Enforcement (ICE) agencies now has a new gig: hate group member, officially. Mark Morgan, former acting CBP commissioner and acting ICE director, has joined the Federation for American Immigration Reform (FAIR), an anti-immigrant organization deemed a hate group by the Southern Poverty Law Center.

The hate group made the announcement in a release, which I won’t link to but you’re welcome to search yourself. Mark’s title will be “Senior Fellow.” The folks at Tanton network groups like FAIR, Center for Immigration Studies (CIS), and NumbersUSA just love giving the impression that they’re all a serious bunch of “Senior Fellows,” think tank kind of people. In reality, they hold in common being founded by white nationalist John Tanton, and they use those titles and legitimate-sounding names to spread racist, anti-immigrant bullshit. Now Morgan will be part of that fold—and he’ll fit right in.

Recall that as the previous president’s pick at the time to lead the ICE agency, Mark claimed during a Fox News interview with frozen fish heir and white supremacist sympathizer Tucker Carlson in 2019 that he could look deep into the eyes of an asylum-seeking child while in U.S. custody and tell if they’d become a gang member. There’s no telling if Mark actually tried this, because ICE lies all time, and a lot.

“I’ve been to detention facilities where I’ve walked up to these individuals that are so-called minors, 17 or under,” Morgan told Carlson, Politico reported at the time. Note the “so-called” wording. Because apparently it’s the asylum-seeking child who’s not to be trusted, not the former president who lied literally tens of thousands of times. “I’ve looked at them and I’ve looked at their eyes, Tucker—and I’ve said that is a soon-to-be MS-13 gang member,” he continued. “It’s unequivocal.” I mean, fucking yikes.

But just as fucking yikes is that even after the past five years of anti-immigrant bullshit spewed from the White House on down and back up and back down again, major media outlets have continued quoting anti-immigrant hate groups like FAIR and CIS on President Joe Biden’s immigration plans as if they’re legitimate organizations. They. Are. Not.

FAIR supports—in their own words!—a permanent end to all immigration. If you choose to give Mark a voice in stories—on background, on the record—ask yourself how you would describe a man working to *FOREVER END ALL IMMIGRATION* in any other setting. https://t.co/FVerSjShKV

Infiltration. That was what John Tanton’s strategy was back in the 1980’s. And his network succeeded-infesting the Trump administration with white supremacist ideologues. Now, surprise surprise, the Tanton Network sucks the virus back in to nurture it to strike again. https://t.co/2Ayjq6nYP5

So FAIR is likely giddy at having Mark onboard, where they’ll try to take advantage of his former government job titles and such. Hey look, we have a former CBP and ICE official onboard. Quote us! Take us seriously! Let us share our barely disguised racist views on policy with your readers. But that facade of legitimacy depends on how much mainstream media takes it seriously, and the past couple weeks have seen outlets like the Associated Press, NBC, Bloomberg, and NPR helping FAIR in its effort. Can we please do better?

Immigrant rights advocacy groups like America’s Voice have also noted mainstream media echoing right-wing sensationalism about asylum-seeking families at the border. “We get it. The Trumpy right wing is praying for chaos under Biden and desperate to avoid a media narrative that blames Trump for the chaos,” founder Frank Sharry said. “What we don’t get is why some in the mainstream media are running with this narrative.”

“There have been upticks and downticks of border arrivals for decades,” Sharry continued. “Some of it has to do with push factors in countries of origin, and some of it has to do with U.S. policies. But with respect to U.S. policies, it seems four years of Trump and Miller might account for more of what is happening—or may happen—than three weeks of the Biden administration.”