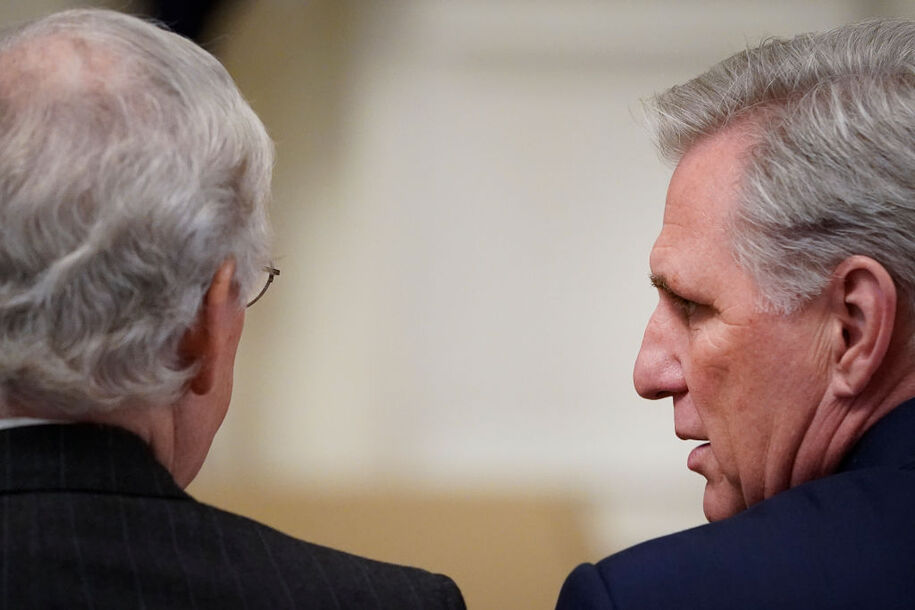 The only good news about the current Republican Party being hermetically sealed off from reality is that they can’t see the headlights of the freight train that’s bearing down on their party. And right now, that train appears to be gaining momentum at a rapid clip as the political forces churning in the country pile on.

The most recent sign of trouble ahead for the GOP is a serious discussion among dozens of former Republican officials to form a “center-right breakaway party” to go head-to-head with the Republican Party for conservative voters. “More than 120 of them held a Zoom call last Friday to discuss the breakaway group, which would run on a platform of ‘principled conservatism,’ including adherence to the Constitution and the rule of law—ideas those involved say have been trashed by Trump,” writes Reuters.

This is just one of a handful of recent events that suggest the Republican Party is headed for calamity, at least in the short term. Here’s a few other notable factors:

Taken together, these factors suggest the Republican Party is facing a totally unique set of circumstances—something beyond a momentary dip in popularity.

As Michael P. McDonald, a professor of political science at the University of Florida, told the Times of the voter defections, “This is probably a tip of an iceberg.” It’s not so much the numbers, he said, as the overall feeling those registration changes likely indicate.

“Since this is such a highly unusual activity, it probably is indicative of a larger undercurrent that’s happening, where there are other people who are likewise thinking that they no longer feel like they’re part of the Republican Party, but they just haven’t contacted election officials to tell them that they might change their party registration.”