One tool of bipartisanship is making a comeback in Congress 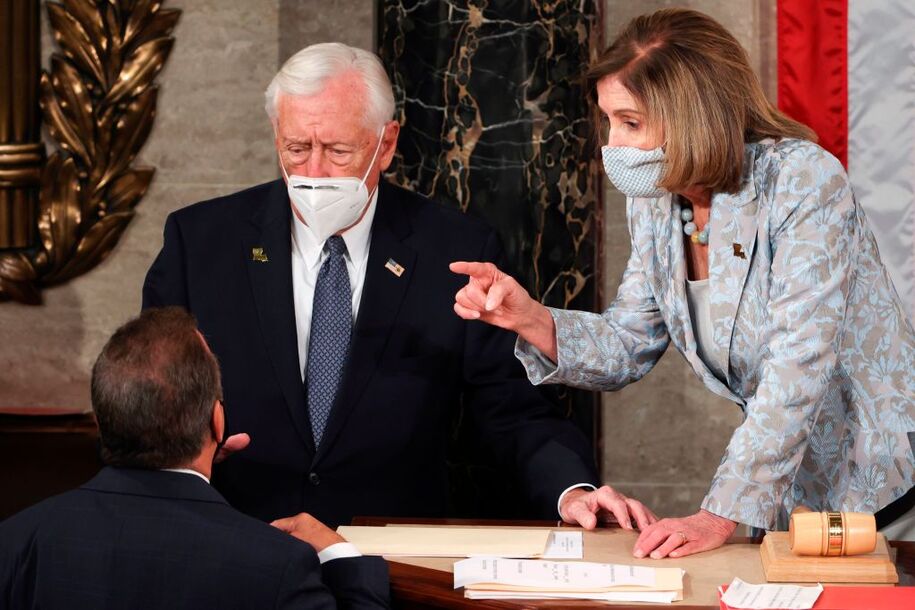 Remember “earmarks,” aka “porkbarrel spending,” officially known as “member-directed spending”? They’ve been a favorite target of both Democratic and Republican deficit peacocks to point out “wasteful spending” on the part of the other guy. Earmarks went out a decade ago with the tea party faction that took over the House in 2010. The Republican Party that came in was happy to give up on the spending projects in members’ home states—one means of securing voter support—and trade them for massive tax cuts to the wealthy, a way to get much more lucrative help on reelection campaigns. The thing about earmarks, though, is that they can represent the best of what a member of Congress, either House or Senate, can do to represent their districts and states, to bring the largesse of the federal government home to build things, hire people, generate revenue. That’s the argument Democratic Rep. Rosa DeLauro of Connecticut and Sen. Patrick Leahy of Vermont will make when they announce their intent to bring earmarks back in the next few weeks.

Those two are the chairs of the House and Senate Appropriations Committees, and they argue that if properly limited, the practice of members writing spending bills for specific efforts back home is smart policy. In this Congress, the Democrats have insisted, earmarks will be transparent—that means who is requesting the money and who will get the money will be disclosed. Member-directed spending is also going to be limited to state and local governments as well as nonprofits that work to provide public support in quasi-government functions. That means for-profit institutions, private companies, and any entity that the member of Congress has a financial stake in will be off limits. The total amount in each spending bill that can be earmarked will also be limited.

With the election of President Joe Biden, earmarks were back on the horizon. Majority Leader Steny Hoyer has long been a proponent, arguing that House members in particular are the most knowledgable federal officials about what’s needed in their home districts. Handled properly, they don’t have to be the “bridge to nowhere” debacles of past Congresses. That’s the infamous $223 million Alaksa project from 2005, proposing a bridge between Gravina Island and its population of fewer than 50 people with Ketchikan via a bridge the size of the Golden Gate bridge, replacing the ferry that ran between them. It wasn’t just the bridge, though. Republican Rep. Randy “Duke” Cunningham resigned after pleading guilty to accepting millions in bribes in exchange for earmarks.

Hoyer previewed the plan to resurrect the practice soon after last year’s election, with the unveiling of transparency measures. “Obviously, the committee is going to have to consider how they are going to do it, and I think that will largely be up to the new chair of the Appropriations Committee and the subcommittee chairs and very frankly the members of the Congress,” Hoyer said back in November. “There could be a situation in which the committee could decide they don’t want to do that.”

Senate Republicans adopted an earmark ban temporarily in 2010, and in 2019, Republicans voted as a conference to permanently ban them. That wasn’t a binding vote on the Senate, so nothing has to be overturned there for Leahy to move forward in allowing them. “Chairman Leahy has been clear about his intent to restore congressionally directed spending in a transparent and accountable way as part Congress’ constitutional power of the purse,” said Jay Tilton, press secretary for the Senate Appropriations panel.

There’s a real political advantage to earmarks in actually getting stuff done in a bipartisan way in Congress. The back-and-forth trading of valuable projects in home states means deals get made and legislation gets passed. Rep. Emanuel Cleaver, a Missouri Democrat, recalled how it worked in the past at a hearing of the bipartisan Select Committee on the Modernization of Congress last year. “This used to be time where everybody was ‘Hallelujah,’ I mean Republicans, Democrats, dancing, kissing. This is the time to be saved.” This ad hoc committee recommended resurrecting earmarks in its final report issued in October, though the committee officially calls them “Community-Focused Grant Programs.”

In the hearings, Brookings Institution’s John Hudak told the committee that the total ban on the earmarks was an overreaction to what was essentially a few bad apples. “Earmarks were painted as a coven for corruption, a practice reserved for the funding of needless projects to benefit the friends, supporters and donors of members of Congress. Much of this was hyperbole, as earmarking was only abused by a handful of members in the past.” He was among those arguing for their return.

How Republicans handle this once earmarks are back is the big question. Back in December, Leahy said that “there’s very quiet support for it among Republicans. There will be some opposed, but they don’t have to have earmarks if they don’t like them.” Sen. Roy Blunt from Missouri, one of the senior Republican appropriators, was circumspect about it, saying “I don’t think senators are thinking about this much until it’s clear what the House really intends to do.” That’s Blunt definitely not ruling out using the process. It’s not clear yet what Minority Leader Kevin McCarthy intends to do in the House, and whether he’ll try to impose a ban on his members requesting them.