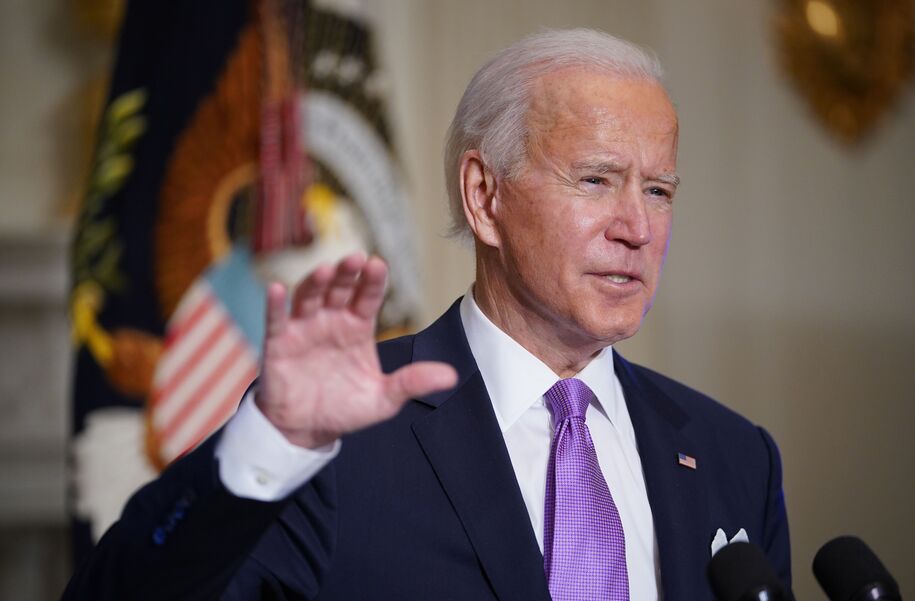 When President Joe Biden said Tuesday he was “prepared to write off” $10,000 in student loan debt, but not $50,000, he delivered a gut punch to the many young voters who turned out in historic numbers last November and heavily favored Democrats by a 2-to-1 margin.

Democratic Sens. Chuck Schumer and Elizabeth Warren have been pushing for the cancellation of $50,000 in student loan debt via executive order—a power they argue is within Biden’s discretion because the Higher Education Act of 1965 authorizes the U.S. Secretary of Education to cancel student loans.

But when Biden was asked Tuesday night at a CNN town hall if he would commit to cancelling $50,000 in debt, he answered, “I will not make that happen.” Instead, Biden said he was open to cancelling up to $10,000 in debt through legislation.

“I understand the impact of debt, and it can be debilitating,” he said, noting that some of his children incurred six-figure student loan debt. “I am prepared to write off the $10,000 debt but not $50 [thousand], because I don’t think I have the authority to do it.”

This position is a mistake, both politically and economically. Politically speaking, it’s among the fastest ways to demoralize an energetic group of young voters, many of whom cast a vote for the very first time in 2020 and did so for Democrats. Among this group of voters, canceling student loan debt is highly popular for obvious reasons. A Civiqs survey this week found that 58% of voters age 18 to 34 support the Biden administration canceling $50,000 in federal student loan debt. It is also wildly popular among Black (83% support) and Latino (69%) voters—demographics that both carry the greatest debt burden and are most impacted by it. As a report last year by the Student Borrower Protection Center found, racial disparities in the effects of student debt perpetuates a “vicious cycle of racial and economic inequality.” At its core, this is a civil rights issue—or rather a “crisis,” as the report put it—and canceling debt is a relatively easy way to chip away at the systemic racism that has burdened generations of people of color.

Economically speaking, freeing up a generation of people who have been excessively burdened by the exorbitant costs of getting a college education today is also among the fastest ways to invigorate the economy. As years of reporting has laid bare, an entire generation of young consumers has put off getting married, buying a home, and even having kids because they are too strapped to do so.

“Canceling student loan debt is the single most effective executive action President Biden can take to lift the economic prospects of tens of millions of young Americans,” Sen. Elizabeth Warren of Massachusetts recently said. In a statement she released following Biden’s town hall pronouncement, Warren added that cancelling $50,000 in student loan debt would “help close the racial wealth gap, benefit the 40% of borrowers who do not have a college degree, and help stimulate the economy.”

In what appeared to be a bit of walk back Wednesday, White House Press Secretary Jen Psaki said Biden would ask the Justice Department to review the legality of eliminating student loan debt and how it should be targeted. She added that Biden didn’t think $50,000 in student debt relief should come “without limitation” and he “continues to believe that relief above $10,000 should be targeted.”

Having the Department of Justice review the issue buys Biden some time. But so far, this stands as one of Biden’s first real stumbles as president on a highly important progressive issue that affects some 45 million Americans carrying a total of about $1.6 trillion in debt. “The Federal Reserve estimates the typical monthly payment to be between $200 and $299,” according to Vox.

It’s reminiscent of how President Obama spent several years claiming he didn’t have the executive authority to create the Deferred Action for Childhood Arrivals program (DACA) until he decided he did have that authority in the summer of 2012. It’s worth remembering that DACA withstood the test of time in the courts. It’s also worth remembering that Obama’s shift in position came after years of an inspired and coordinated pressure campaign by young immigration activists.