Caught vacationing in Cancun during a pandemic as Texas voters froze, Ted Cruz blames his kids 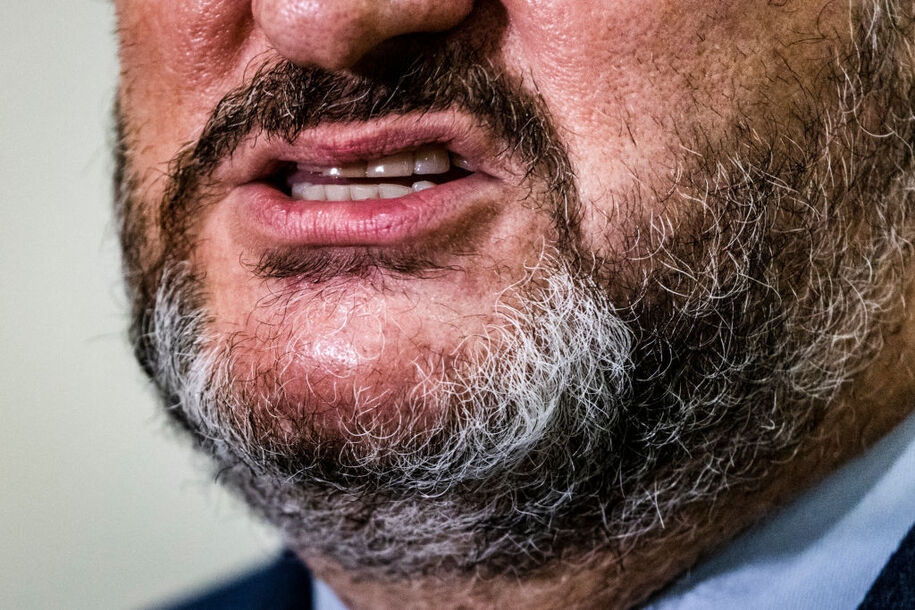 All right, we have to do it. We have to spend a few moments celebrating these new accomplishments by the forever hapless but somehow still-sociopathic Sen. Ted Cruz, a man who once had presidential aspirations but who now spends his days humiliating himself and those around him, chipping away at his own integrity in what appears to be a spirited game of Dog Turd Jenga.

As we all now know, Ted Cruz was caught taking a flight to the resort town of Cancun, Mexico, during (1) a massive natural disaster in his home state that caused much of the state to lose power and is now resulting in citizens dying in their homes and (2) a global pandemic that has killed 500,000 Americans, closed schools, shuttered businesses, and prevented many Americans from seeing their friends or loved ones for something approaching a full year now.

When caught, Ted blamed his young children. “Like millions of Texans, our family lost heat and power too,” says Ted. “With school cancelled for the week, our girls asked to take a trip with friends. Wanting to be a good dad, I flew down with them last night and am flying back this afternoon.”

You’ve heard of the general edict between politicians and press to “leave the children out of it.” This is the other edict: When in political danger, throw your youngest daughter at reporters and bolt.

Now, there are sev-er-al problems with Cruz’s statement up there, and that’s being generous. Cruz previously said that his home did not lose power, suggesting he was selflessly hosting the neighbor children who were not so fortunate. The airport pictures show Cruz with a rather significant amount of luggage for a supposed one-night stay, but we will be good sports and presume that he is merely moonlighting as a Texas drug mule or that he never, ever leaves the country without a two week supply of his favorite canned soups.

Fine. But then there’s the rather bigger problem of Ted Cruz, a United States senator, willingly declaring that despite a deadly global pandemic, his kids got bored during a school break and insisted daddy spirit them off to Mexico for funsies, which he of course did, but of course he had to shepherd them there himself before, um, turning right around and coming back. Really now? Really? The rest of us are conducting half our lives over Zoom to keep ourselves and our neighbors safe during a plague while the senators ostensibly in charge of these things are letting their daughters organize their own international superspreader events? Outstanding. Just outstanding.

By far the biggest flaw with Ted’s claims here, however—and it is a doozy—is that an airline-knowledgable reporter was quickly able to check with a source and reports that Cruz’s original United Airlines tickets originally had him booked to return Saturday. Ted Cruz is, apparently, just brazenly lying his confederate beard off on this one.

I realize that does not really come as a surprise to anyone, given that the current crop of propaganda-spewing Republicans quite literally uses lying as means of governance and therefore lies about absolutely everything, all the time, but it still needs to be said that this yellowbellied Texas lungfish blamed a weekend Cancun vacation on his kids, then lied to everyone in his state about how Actually he was just tagging along to show them how to work the hotel vending machines.

Nope. It seems Cruz had, among senators, a very particular reason for being outraged at the notion that the Senate might have to hear evidence in the second impeachment trial of Donald Trump for longer than a few days. Cruz had an international beach trip planned for the Senate break, and didn’t intend to let a probe of whether a former president attempted to have his vice president and a good chunk of the presidential line of succession killed in a coup attempt interfere with that.

Oh, and apparently he didn’t even tell his staff where he was going, which was the reason his staff had no immediate response when pictures began flowing in of their boss leaving the damn country. The last time that happened we learned that a certain Republican governor had an Argentinian mistress, but not before his staff had piped up with a cover story claiming he was off hiking the Appalachian Trail on—shoulda done a little research on that one, kids—National Nude Hiking Day.

You may, at this point, be almost close to maybe having a microscopic bit of sympathy for Ted Cruz in the form of at least being embarrassed on his behalf for being such an amazingly craven little sea squirt. Don’t bother. Once the Jan. 6 seditionist had been caught and had to book a quick flight back to Texas in order to pretend that he gave two biscuits about his voters freezing to death in their homes, one of the things his staff quickly made sure of was to contact the Houston Police Department to arrange for their “assistance” at the airport when he got back.

Sure, it’s not like anyone in Texas has anything better to do right now. Surely there’re some spare officers available to guide Cruz through an airport terminal and fend off anyone who wants to ask for more details about his international pandemic superspreader sleepover.

Cruz has managed to be a truly amazing human being these last few years, and that should not be taken as praise. He has managed to throw every member of his family, from his father to his wife to his children, under ye olde tour bus in his various attempts to slither through a political career. He has both Trump’s sociopathic unwillingness to stick to the truth and a personality so magnificently awful that he could save 10 orphans from a burning orphanage and still somehow come out of it more hated than he was when he went inside. Above all, he somehow managed to maneuver himself into playing a central role in the biggest seditious anti-government conspiracy since the actual Civil War, all in service to an incompetent blowhard and gasbag, under the apparent impression that what the nation really needs these days is to just nix elections outright and put tax-dodging rapists in charge.

Did he support the nullification of an election because his kids and their friends were bored and wanted to play insurrection, or was that one on him? If any of us could still stomach even hearing this mulletfaced Gulf treasonfish bubble at us any longer it might make for a fascinating story, but if Texas voters still have a drop of dignity left maybe they’ll run Ted out of town—the roads are slick, so a pair of skates and a little push is probably all it would take—and appoint a particularly irritable rat snake to fill out his term.