‘Unaccountable and need to be constrained’: Legislators tell Biden admin firings at ICE are overdue 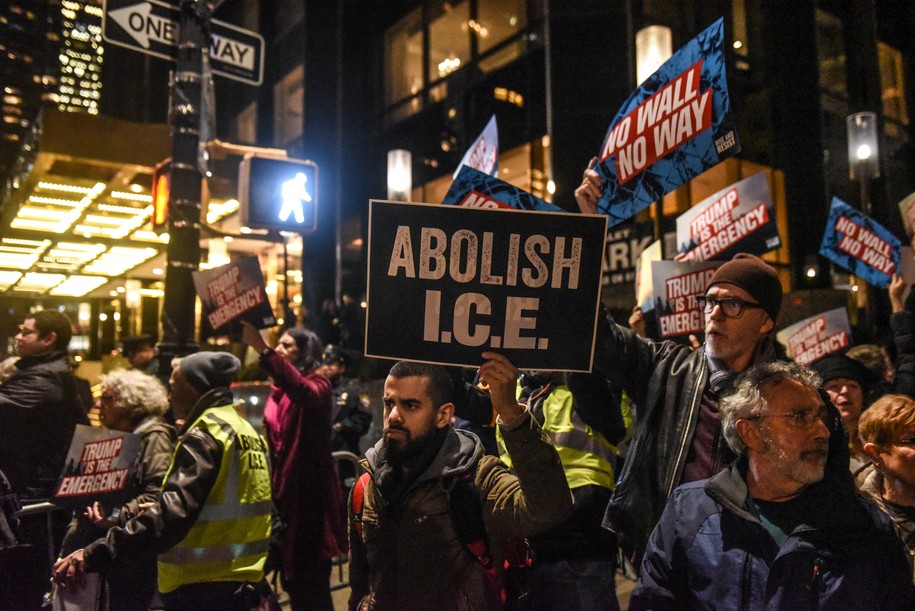 Newsweek’s Adrian Carrasquillo reports that when voting in favor of the creation of the Department of Homeland Security (DHS), which encompasses the Immigration and Customs Enforcement (ICE) agency, then-U.S. Sen. Joe Biden said in a floor speech in 2002 that bill would likely “need to be revisited several times and its implementation will need to be closely monitored by Congress if we hope to get it right.” Flash forward to 2021, and legislators say that oversight is long overdue.

Carrasquillo reports that a number of Democratic leaders in both the U.S. House and Senate, including one elected official who represents the southern border region, are calling for the Biden administration to clamp down on the agency, including giving leadership and staff who’ve felt unaccountable the boot. “Asked if reforming the agency included a change in leadership and firings, [Arizona Rep. Raúl] Grijalva said ‘absolutely,’” the report said.

ICE didn’t begin to become a problem only during the four years of the previous administration, but it certainly felt accountable to absolutely no one during that time period, from defying Congress on detention limits, to violating one court order blocking the expulsion of asylum-seeking children, and a second court order mandating the release of other children detained with their parents at migrant family jails. More recently, ICE has been singling out Black immigrants for deportation, while literally torturing other Black asylum-seekers into deportation.

So, how do you even begin to reform that? Democratic legislators say that the new administration has to begin by putting its foot down. “Personnel is policy, so we need to make sure that personnel follows the expressed policies of the president,” New York Rep. Ritchie Torres told Newsweek. “He needs to see to it that the federal government, including ICE, is scrubbed clean of Trump loyalists.” We’ll come back to that in a moment. Grijalva also said, “[y]ou can call it rogue, but they’re unaccountable and need to be constrained.”

Many of the 2020 Democratic presidential candidates ran on restructuring ICE, with then-candidate Biden’s immigration plan stating that he would “ensure” ICE and Customs and Border Protection (CBP) “personnel abide by professional standards and are held accountable for inhumane treatment.”

But a major problem is that people in the business of deporting other people, refusing to release children from prisons, and intentionally worsening a pandemic have absolutely no interest in being “professional.” Back to Torres’ point, it’s also clear from recent reporting from The New York Times that agents beholden to the previous administration are all set to defy the new administration’s priorities. In fact, officials within DHS have already been leaking data to racist, anti-immigrant rags like Breitbart in order to continue advancing their anti-immigrant agendas. Meanwhile, Tae Johnson, the previous administration’s final acting ICE director, is still in that position under the Biden administration.

“’Abolish ICE’ briefly became a buzzy phrase among activists and as a hashtag on Twitter during the 2020 campaign but never picked up steam because lawmakers pretty uniformly rejected the idea, including Biden who would go on to win the presidency,” Carrasquillo writes. But it’s worth noting that ICE is just 17 years old. Our nation existed before it, with duties under that agency carried out elsewhere under the government. Do you own Britney Spears’ album “Britney,” featuring the hits “I’m a Slave 4 U” and “I’m Not a Girl, Not Yet a Woman”? Congrats, because it’s a year older than DHS entirely.

When it comes to feeling unaccountable, it hasn’t just been ICE, either. In another example, CBP blocked legislators from key findings regarding its investigation into a racist, sexist, and violent Facebook group that counted current border agents among its members, and refused to tell congressional investigators even the names of the few agents who were actually fired for their participation. These agencies have gotten away with it because they can. The question we have to ask ourselves is, what do we do about them now?

“We need to restore dignity and humanity to our immigration system across the board, and that includes reforming and rebuilding ICE,” California Sen. Alex Padilla told Newsweek. He’s just been named the chair of the chamber’s Subcommittee on Immigration, Citizenship and Border Safety. “Our priority will be strengthening congressional oversight of the agency, and undoing the agency’s cruel and misguided focus of the prior administration.”