U.S. life expectancy has fallen by a full year due to COVID-19, and 2.7 years for Black Americans 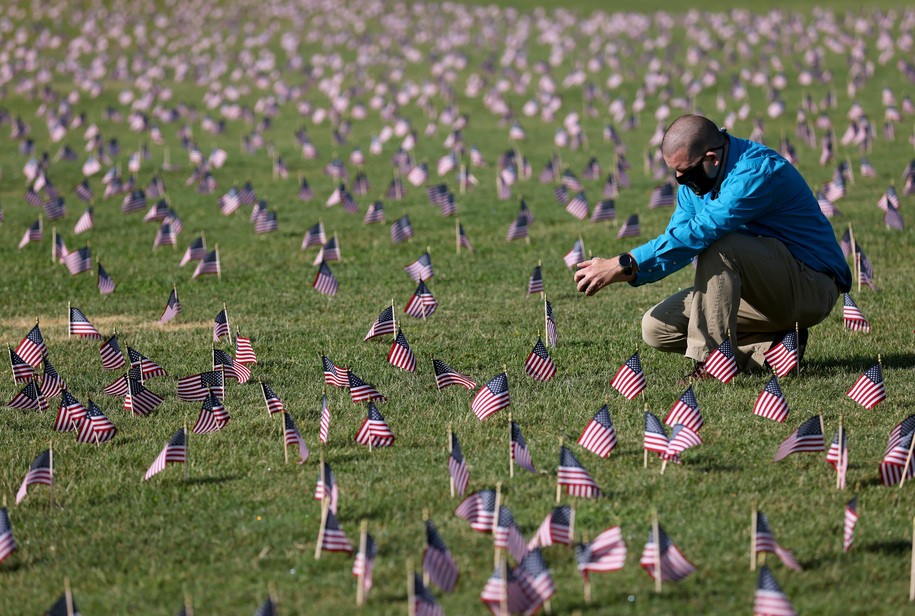 The COVID-19 pandemic has now been going on, for nearly a year. Within days, the United States’ death toll will reach half a million, in a nation with a population of roughly 330 million, and COVID-19 is now the leading cause of death in this country. An unknown number of Americans have survived COVID-19 infection but will now face long-term health problems due to damaged lungs and other organs. Other Americans died or will face long-term problems after being unable to obtain needed healthcare due to the pressure placed by the uncontrolled pandemic on hospital beds and staff.

The combined effects are becoming apparent. The life expectancy of Americans fell by one full year in the first half of last year. That’s an estimate of how long, on average, an American born in 2020 can expect to live, and it’s the biggest year-to-year decrease since World War II.

As shocking as the news is, the details are actually much worse. The Washington Post reports that the government’s released data shows that Black American life expectancy declined by 2.7 years, or over three times the decrease for white Americans. Latino Americans faced a decline of 1.9 years.

That’s horrific, but it reflects what we’ve already known about the pandemic: Black and Latino Americans are nearly twice as likely to die from COVID-19 as whites. Native American death rates are even higher.

Much of that can be directly attributed to disproportionate access to health care, and much of that can be attributed to systemic racism and the resulting stolen wealth. Those effects continue, as white Americans receive the COVID-19 vaccine at higher rates even though other communities have been more affected. The intentional or unintentional segregation of services in the nation’s pandemic response was evident even in the first months; New Orleans health officials scrambled when data revealed that their drive-through testing regime was leaving pandemic hotspots in lower-income Black neighborhoods because those Americans were less likely to have cars. Officials then targeted those neighborhoods with mobile testing vans.

By the midpoint of last year, all of that had already allowed the COVID-19 death rate for Black, Latino, and Native Americans to soar to several times that of their white counterparts. The virus may not discriminate, but our nation’s approach to healthcare services certainly does.

Data for the second half of 2020 will, presumably, be even worse. Pandemic deaths skyrocketed in winter months, as they were widely expected to, and already-thin patience for necessary safety measures wore down in many areas to the rough equivalent of nothing. What happens the next six months will depend on how quickly the developed vaccines can be distributed, whether the levels of vaccination in every American town and neighborhood can reach sufficient levels to prevent the virus’ further spread, and whether all of this can happen before new virus mutations nullify many of those efforts with variants that evade the vaccines we have. It’s not a sure thing that the nation can beat the pandemic and return to normal in the next year. It will take work.