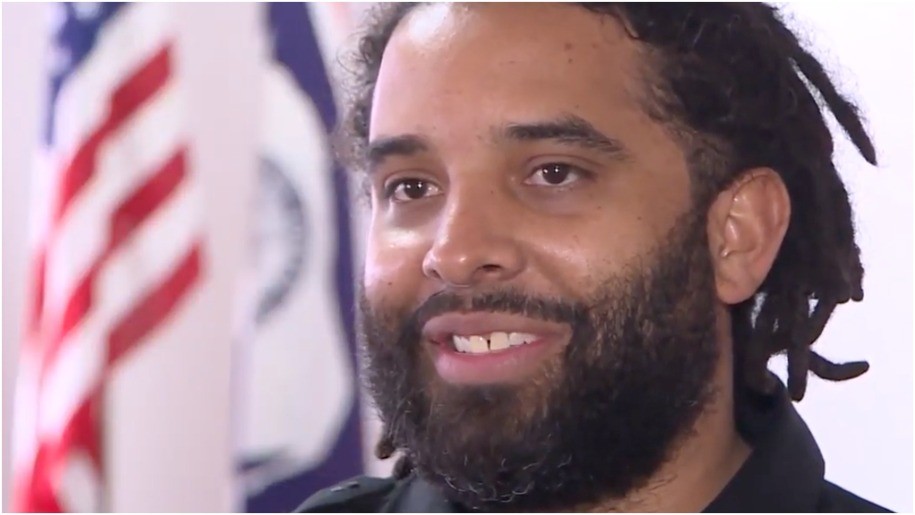 In the aftermath of several widely-publicized and equally gutwrenching police killings, the state of Wyoming’s first Black sheriff has his eye on not only diversifying the police force but changing police culture. “We’ve got ‘cops’ as a nickname,” Albany County Sheriff Aaron Appelhans told The Associated Press. “We’re not ‘cops.’ I’m listed, just like every other deputy here is listed, as a peace officer. We’re here to keep the peace. And so that’s really kind of one of the big changes I’ve wanted to have law enforcement focus on.”

Appelhans has his work cut out for him in a country where only 5% of sheriffs are Black, a state that has a Black population of less than 2%, and a county in which jail officials allegedly joked about a gay man’s murder and called Black people monkeys.

So the saying from Austrian business consultant Peter Drucker goes, “culture eats strategy for breakfast.” This is especially true of police culture, University of Texas at Austin assistant sociology professor Michael Sierra-Arévalo wrote last summer. At the time, the country was reeling with demands to end police brutality after the death of George Floyd, who was unarmed when a white Minneapolis cop kneeled on his neck for more than eight minutes on May 25. “For many, the past summer of protests and police violence seems unprecedented,” Sierra-Arévalo wrote. “But even though the scale of these protests marks them as the largest in U.S. history, the police culture that animates the racism, police brutality, and inequality that spawned them is anything but new.”

Los Angeles Police officers were filmed brutalizing Black activist Rodney King after a drunk driving allegation on March 3, 1991, and in response, an independent commission, the Christopher Commission, was tasked with investigating the Los Angeles Police Department. The commission found that the LAPD promoted a culture that focused on “the use of force to control a situation and a disdain for a more patient, less aggressive approach.” It was dubbed a “siege mentality,” Sierra-Arévalo pointed out. More than 28 years later, evidence that the mentality was widely held among police officers is hard to ignore.

Sierra-Arévalo cited testimony from former President Barack Obama’s Task Force on 21st Century Policing revealing that officers are expected to “never back down from a confrontation.” They are trained by being force-fed violent videos of what can happen when they do. “Police culture has real-world consequences,” Sierra-Arévalo wrote. “On patrol, officers embody police culture in day-to-day behaviors intended to ensure they survive their shift. Following an uneventful traffic stop outside a McDonald’s in West River, a mid-sized city on the west coast, one officer explained that he uses a particular ‘POI’ [position of interrogation] when speaking to anyone on patrol.

“This position is akin to a relaxed boxing stance: officers stand with their feet bladed, one slightly in front of the other, and their hands held up near their chest,” Sierra-Arévalo recounted. “This stance allows officers to, in a split second, transition from talking or writing notes to blocking, pushing, or punching.“

While that particular stance may be used to allow officers to appropriately defend themselves, other examples point to a toxic culture of aggression that goes beyond self-defense. An attorney cited deleted texts from ex-Dallas police officer Amber Guyger, who was on trial for shooting and killing PwC associate Botham Jean after she claims to have mistaken his apartment for her own on Sept. 6, 2018. “People are so ungrateful. No one ever thanks me for having the patience not to kill them,” reads one Pinterest post Guyger pinned. She pinned another meme to the same board reading: “Personally I think I deserve a medal for getting through this week without stabbing someone in the neck.”

Lest we be fooled by the pretty blue dresses and blond blowout, here is a glimpse into the mind of #AmberGuyger. She was busy deleting these post when she should have been being interrogated. We were able to screen grab these before she could get to them. Each has been verified. pic.twitter.com/xwNcBiF1p3

Civil rights attorney Lee Merritt tweeted on Sept. 26, 2019: “Lest we be fooled by the pretty blue dresses and blond blowout, here is a glimpse into the mind of #AmberGuyger. She was busy deleting these post when she should have been being interrogated. We were able to screen grab these before she could get to them. Each has been verified.”

Similar examples of police insensitivity repeatedly come up in the news cycle. In the attack on the U.S. Capitol on January 6, at least 31 law enforcement officers in 12 states were linked in some way to the attempted coup. Virginia Sgt. Thomas Robertson and Officer Jacob Fracker posted a photo of themselves in the Capitol building during the attack, and Robertson reportedly wrote these menacing words on social media: “Left are just mad because we actually attacked the government who is the problem … The right IN ONE DAY took the f(asterisk)(asterisk)(asterisk)(asterisk) U.S. Capitol. Keep poking us”

Jason Meade, an Ohio sheriff’s deputy at the time, told attendees at a 2018 convention of the Ohio State Association of Free Will Baptists: “I hunt people — it’s a great job, I love it.” He went on to shoot and kill 23-year-old Casey Goodson Jr. on December 4, 2020.

Kati Hime, the sister of the very deputy whose alleged excessive force made way for Appelhans’ appointment as sheriff, accused Albany County Sheriff’s Office officials of dismissing concerns she had about her brother allegedly defending his own lethal force, according to the Casper Star-Tribune. “They clearly didn’t even consider my concerns,” Hime wrote in an email the newspaper obtained. “They just skipped straight to belittling the nut job who brought the concerns forward. It really shed some light for me into the reality inside the sheriff’s department.”

Hime’s brother Derek Colling was reassigned as a detective after he shot and killed Robert “Robbie” Ramirez, who struggled with mental health issues, during a traffic stop in November 2018. Ramirez, who failed to use his signal before turning, was shot twice in the back and once near an armpit, the Casper Star-Tribune reported. A grand jury ultimately decided not to indict Colling, and former sheriff Dave O’Malley retired days before Ramirez’s mom Debra Hinkel named the sheriff, his office, and Colling in a lawsuit alleging “negligent and willful and wanton misconduct,” CNN reported. The Albany County Sheriff’s Office is also facing another lawsuit alleging that deputies coerced a University of Wyoming student into taking back a sexual assault allegation against a peer.

Alexander Simon, a former intern with the Albany County Detention Center, reported a culture so toxic to the advocacy group Albany County for Proper Policing that spending 240 hours as an intern inside the county jail led him to rethink a career in law enforcement. He said that during a tour of the facility jail administrator Nicole Trampe warned him that deputies had a certain sense of humor he shouldn’t be so sensitive about. Simon gave as example of that humor calling “inmates monkeys based on their skin color” and using the N-word. He said he was alone in the jail’s control room with Detention Deputy Stephanie Warren when he saw her become “irate” about a Black inmate’s request for a wellness check on his mother. Warren put the inmate in solitary confinement for two days and took his TV privileges, Simon said. He also accused Lt. Benjamin Fritzen of calling Matthew Shepard, a University of Wyoming student tortured and murdered for being gay, a “dirty HIV-ridden f-word.”

Simon said it’s no surprise that this is the same sheriff’s office that hired Colling, who the Las Vegas Metropolitan Police Department fired in December of 2011 after facing an allegation he beat a videographer for refusing to turn off his camera. “Dave O’Malley was the only one who knew Colling. He knew him from his time before when he was in high school here and hired him (…) People in the department actually praised that.” Simon called for the entire culture to be rewritten in Albany County.

That’s what Appelhans said he is looking to do, and he knows what an undertaking that will be having already been made the subject of a racist tweet from Republican state Rep. Cyrus Western. When Appelhans was appointed in December to replace O’Malley, Western tweeted a clip from the movie “Blazing Saddles,” in which a Black sheriff of a white town asks “Where the white women at?”

“It was one of the things I knew that would come with the territory of getting this job,” Appelhans told the AP. “I don’t look like everybody else, I don’t think like everybody else. Some people are going to have some problems with that, just based on the way I look. That’s a problem in America.”

Appelhans told CNN: “Everything we’re doing now is to start over fresh. I would hope that the community can look at us and be able to trust that we are here to serve them.”

RELATED: Police officials grapple with post-Jan. 6 reality: Extremism in their own ranks is problem No. 1

RELATED: Police Violence Against Black People Will Only Stop When the Root Cause is Eliminated