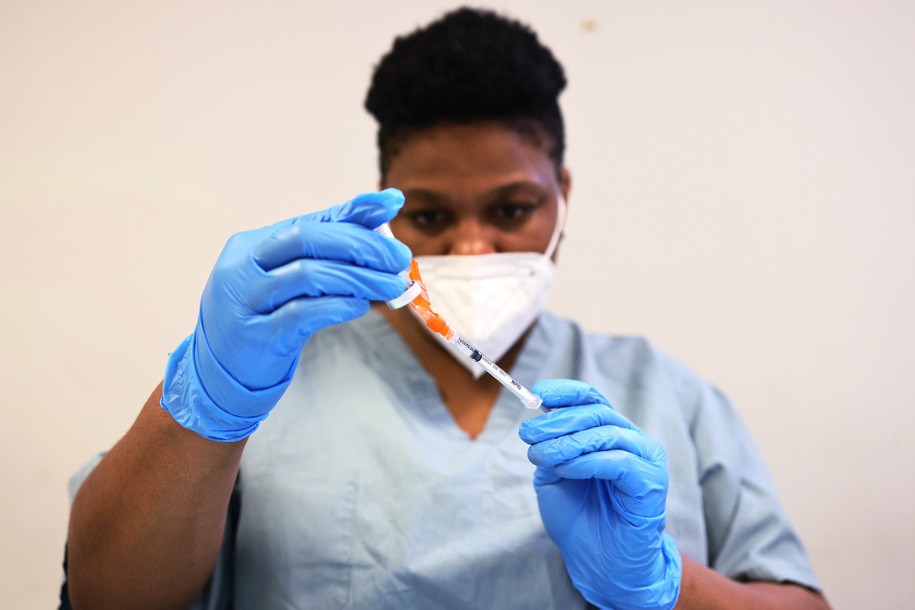 A new initiative from Latino voter registration organization Voto Latino and media watchdog Media Matters for America is seeking to combat misinformation around the COVID-19 vaccine in the Latino community. The project, Latino Anti-Disinformation Lab, will have Media Matters monitor Spanish-language media, as well as internet groups and messaging apps, for misinformation, with Voto Latino tasked with speaking with the community.

“For decades, disinformation has been a weapon that corrupt governments in failing states use against their own people,” Voto Latino’s Maria Teresa Kumar said in a statement. “But now that same weapon is aimed at the most vulnerable in the United States, exploiting some officials’ moral weakness and social media’s deliberate lawlessness to sow greater distrust of our critical institutions than ever before. The spread of lies around the COVID vaccine is proof positive that disinformation has become a life and death issue if not curbed and addressed.”

There is a pressing need for this initiative: The Washington Post reported in November that while Latino and Black Americans have been disproportionately impacted by the pandemic, both populations have been anxious about taking a vaccine. About 48% of Black people said they would probably or definitely take the vaccine if offered, while 66% of Latinos said they would, according to the survey.

“On one hand in this country, you have the anti-vaxxers and the unfounded disinformation they push,” Johns Hopkins University sociology and history of epidemic response expert Alexandre White said in the report. “But what you see from minorities is a hesitancy that is quite rooted in historical reality.” But even as the Biden administration is aiming for 100 million vaccinations within its first 100 days, that hesitancy among Latinos has continued, NBC News reported, citing a Kaiser Foundation poll from last month.

That hesitancy touched Kumar much closer to home than she expected, NBC News said: her mother initially said she would not take the vaccine, citing misinformation that claimed it was unsafe. Luckily, she was able to change her mind after reviewing the information. Latino journalists have already noted this urgent need to combat misinformation. “While we wait for more vaccine doses to become available, we must remain vigilant by continuing to take care of our loved ones and by dispelling conspiracy theories or false information surrounding the vaccine,” Azucena Rasilla reported for The Oaklandside earlier this month.

Latino Anti-Disinformation Lab will also target political misinformation leading into the next election cycle, a statement continued. “In addition to Media Matters and Voto Latino, former DNC Chairman Tom Perez, the son of first-generation immigrants from the Dominican Republic, will lend his voice and support to the effort to combat misleading information targeting the Latinx community,” it continued.

“Misinformation targeting the Latino community is a very real and growing threat. We’ve got to address this threat head on with a substantial, focused, and concerted effort. That’s why I am so excited to be a part of this Voto Latino/Media Matters partnership,” Perez said. “It leverages Media Matters’ unique capacities and expertise at media monitoring and research with Voto Latino’s extraordinary organizing and strategic communications capabilities. This is the kind of lasting investment in communications infrastructure within the Latino community that is necessary to respond to the threat of misinformation as well as harness durable political and civic power.”