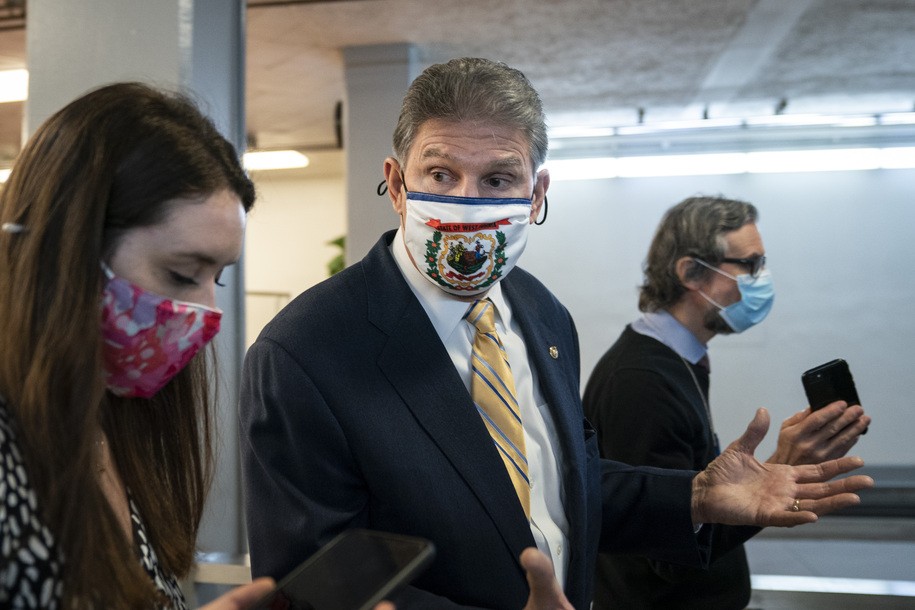 Senate Democrats and Republicans are spending Wednesday meeting with Senate Parliamentarian Elizabeth MacDonough, making their pitches for what should—and should not—be included in the $1.9 trillion COVID-19 relief plan Democrats are crafting. Because the bill is going through the special budget reconciliation process, a procedure that allows the bill to pass with a simple majority vote, it has to meet budgetary thresholds that MacDonough is officially in charge of enforcing. Mostly. As soon as Wednesday, she could determine how hard Democrats are going to have to fight to keep a $15/hour minimum wage increase in the bill, along with a few other provisions. That decision is important, but more important is whether Democrats will be imaginative or brave enough to move forward with that provision should she rule against them. Because they can and they should.

A willingness to do so, communicated to a select few “moderate” Senate Democrats would go a long way to putting those few in a position of having to decide if they’re willing to be the folks who tank President Biden’s first, critical legislative effort, hamper the nation’s recovery from the pandemic, AND go against the will of huge majorities of voters along with Republicans. Put that way, you can see how Biden and Senate Majority Leader Chuck Schumer are still holding all the cards.

To start with, there’s another national poll out Wednesday from Morning Consult, showing 76% of voters supporting the $1.9 trillion plan, including 60% of Republicans, and 71% of independents. If you want unity, there’s unity—the public is unified with Biden and the majority of Democrats in wanting this package to pass. Among the 76% supporting it, a majority—52%—strongly do so, with healthy chucks of both Independents (42%) and Republicans (34%) saying they strongly support it.

But there’s always more evidence of the right thing to do, if for whatever reason a Democrat wants to go against their own voters. There’s 150+ top business leaders who’ve signed on to the whole package. That includes “the top executives representing some of the powerful business interests in the US, ranging from bank and investment firms like Goldman Sachs and Blackstone, to technology companies like Google, Intel and IBM, to hospitality companies like Loews Hotels & Co. and airlines including American and United Airlines,” as well as those from “real estate, insurance and utility firms.” There’s really not a sector there that’s not represented. “Previous federal relief measures have been essential, but more must be done to put the country on a trajectory for a strong, durable recovery,” the CEOs wrote to congressional leadership—including Republicans—Wednesday. “Congress should act swiftly and on a bipartisan basis to authorize a stimulus and relief package along the lines of the Biden-Harris administration’s proposed American Rescue Plan.”

Why yes, yes it should. So the handful of Democratic senators who want to get their hands in this to make cuts, they need to do some thinking. Joe Manchin and Kyrsten Sinema say they’re opposed to a $15 minimum wage. If all those CEOs can swallow it—and their own constituencies support it—they need some damned good justification beyond “bipartisan unity” to justify it. Sen. Jon Tester from Montana less than helpfully says “Any money we spend needs to be focused where it would do the most good.” Okay, where in the bill is not a good place to spend it, Sen. Tester? “I think it’s part of our job to put our fingerprints on this package so it does the most good,” he later told reporters. How about not sending as much to state, local, and tribal governments? Would that work for Montana, the state with the largest population of American Indians outside of Alaska?

Here’s the other part: do they really, really, want to aid and abet Mitch McConnell’s dead-end Republicans? Now? When they’re digging themselves a very deep hole? Now’s a great chance to actually bury them!

On Tuesday, Senate GOP leaders devoted most of their weekly press conference to the school reopening debate. Thune said Democrats seem more interested in money for Planned Parenthood “than they are about getting kids back into class,” while Sen. John Barrasso (R-Wyo.) said Biden “has surrendered to the teachers’ union.”

They really think people are going to believe, after they get their survival check and the boost to their unemployment or their new grant for their restaurant, that the Democrats cared more about Planned Parenthood than them. They really think that when schools safely reopen and their kid’s teacher doesn’t die of COVID-19, it won’t occur to people that it was under Joe Biden that everyone got their shots so it could happen? They think everyone is going to forget this pandemic, the 500,000+ and counting dead, and not remember who refused to lift a finger to help them out of it?

How could any Democrat want to associate themselves with that? With Republicans’ ongoing refusal to participate in saving the country? Now is most definitely time for Schumer to play some hardball in his conference.