Guess how much white supremacy at the Capitol will cost taxpayers? 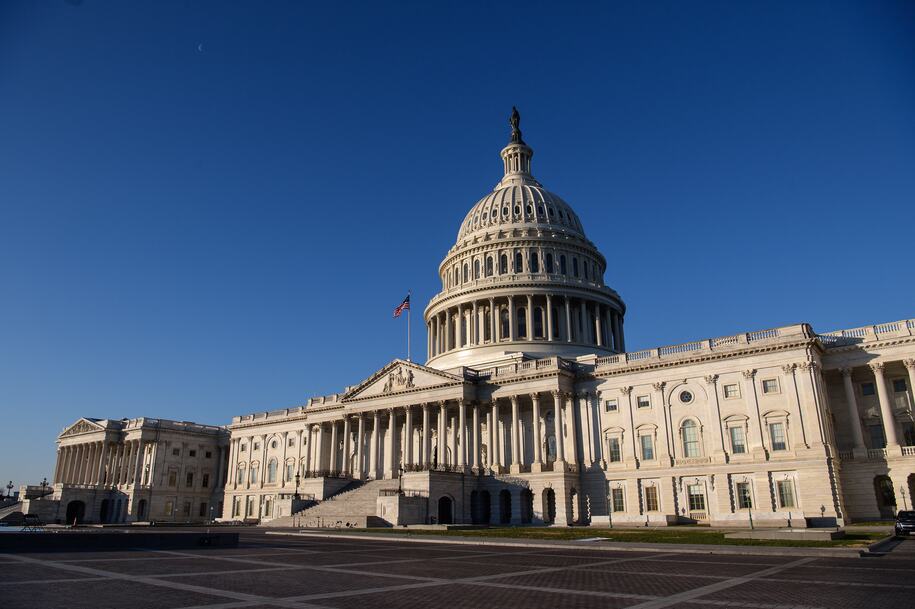 The Republican Party seems hell-bent on positioning the Jan. 6 insurrection on the Capitol building as both not a big deal and if it’s a big deal it wasn’t because of Donald Trump and the rest of the Republican Party’s anti-election integrity, pro-deep-state conspiracy-theory rhetoric. It’s a confused sort of doublespeak that most GOP operatives breath like oxygen these days. Threats to our democracy, corruption among high-level officials, and tax breaks for the rich seem to be the only things that move them emotionally these days. Deficits linked to the rich roll right off their backs, while deficits they can link to helping the American people send them angrily screaming into microphones. How about spending increases based entirely on the Jan. 6 insurrection? Might that move these Republican faketriots to action?

On Wednesday, Architect of the Capitol J. Brett Blanton spoke to elected officials on the House Appropriations Committee to explain why and how much it will cost to repair everything vandalized and destroyed by insurrectionists and rioters at the Capitol on Jan. 6. Blanton was confirmed to his position less than a month before the terrible events of January 6. Blanton explained that $30 million had already been approved by congressional appropriations committees to begin repairs and to maintain the security structures newly existent on the Capitol campus through March 31. Blanton explained that the events of Jan. 6 destroyed all of the work his team had been engaged in, readying the Capitol building and grounds for the upcoming inauguration.

Blanton detailed how intense the experience was for the people working at the Capitol building that day: “employees sheltered congressional staff in their shops to protect them from the roving mob. Other members of our team raced to the roof to reverse the airflows within the building to help clear the air of chemical irritants, like bear repellents and pepper spray, while more team members rushed bottles of water and eyewash stations to Capitol Police officers in need of assistance.”

It is this experience over hours that has necessitated an increased demand for mental health counseling. The House’s Chief Administrative Officer Catherine Szpindor told the committee that “While the physical scarring and damage to our magnificent Capitol building can be detected and repaired, the emotional aspects of the events of Jan. 6 are more difficult to notice and treat.” She told the committee she expected to see at least a 65% increase from 2020 in the need for mental health services, which was already up considerably from “more typical years.” The New York Times reports that the demand for mental health counseling has increased. The office that “typically handles about 3,000 calls per year surging to more than 1,150 interactions with employees, managers and members of Congress in six weeks.”

NPR reports that Architect Blanton also said that while many of the vandalized and damaged Capitol building walls and artifacts are being replaced or removed entirely from the building for safety, he and his staff were able to preserve some items “for a potential presentation or display.” To top all of this off, Blanton told the committee that many of his staff, who are and will continue to be working in the Capitol building and on the Capitol campus, have yet to receive a COVID-19 vaccination.

House curator Farar Elliott asked for $25,000 “for emergency repair and conservation of objects in the House collection. She told the committee that while her budget is usually padded to handle  “a single unforeseen conservation event,” what happened on Jan. 6 was far more than an accident.

These costs are simply the costs the architect of the Capitol needs to try and restore both the edifice of the building as well as the people whose job it is to maintain that symbol of our democracy. These are the costs for the people that work in that building. Blanton’s $30 million is not connected to the further budget considerations that will be asked for and needed. Everything from additional security personnel to law enforcement, and legal costs, which will be accrued over the course of the next few years as insurrectionists have their days in court. Maybe the Republican Party can take some of its hate-raised funds from candidates’ war chests and help fix what they’ve broken.