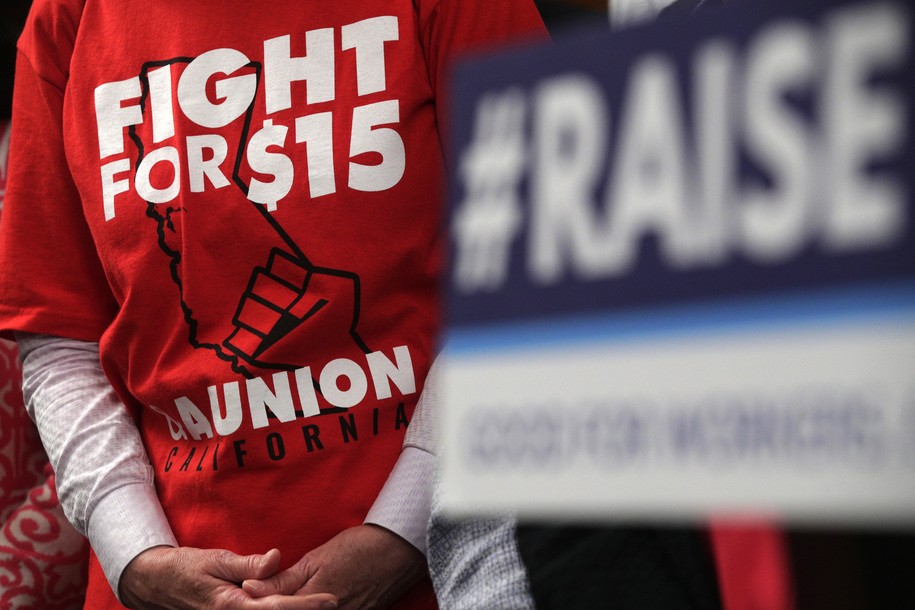 For Republicans—and Joe Manchin—failing to raise the minimum wage may seem like a passive act. It’s not. This is an active suppression of working class wages that plays a major role in the enormous wealth transfer that has gone on for over 40 years: The transfer of wealth from working class Americans to the wealthy few.

Corporations, billionaires, and the Republicans who support them can all pretend that the wage that’s paid to workers is somehow more “pure” if it’s driven by the market. So long as there is one person desperate enough to wait tables for whatever generosity can be had from patrons … why should the restaurant pay them more? And tipped wages are a perfect example of what every business wants to do: keep all the profits, while externalizing the costs. By not paying their workers even the amount most workers receive under minimum wage, restaurants that take advantage of rates as low as $2.13 an hour are shifting more than 2/3 the salary of these workers to voluntary payments from their customers. They don’t have to do this … they just do.

In the same way, corporate giants who pay their workers minimum wage also engage in externalizing costs. They get everyone to contribute, so that they can profit.

Republicans are well aware that no economist, not even Adam Smith, ever believed that a completely unregulated market would generate anything other than chaos and misery. They also recognize that the labor market in America is no more “free” than the electricity market in Texas. Labor in the United States is explicitly controlled by laws and legislatures that are much more protective of corporations than the individuals who actually generate the wealth for those corporations.

Keeping the minimum wage at a ridiculous low level allows companies to hire workers who must fall back on public support to get by. They subsidize their bottom line by externalizing the cost to everyone. Texas utilities may “hit the jackpot” when an emergency sends prices skyrocketing. But corporations employing workers at a deliberately low minimum wage are hitting that jackpot every day.

Take the difference between $7.25/hour and a livable wage and multiply that value times the number of minimum wage workers. That’s the amount of money that’s getting scooped up from the government and shoved straight into the pockets of the billionaires at the top of these corporations every day. It’s the nation’s largest not-so-hidden corporate subsidy.

There are a lot of things the government does that gift corporations with untold wealth. Access to federal lands is given away for token amounts. Companies are allowed to pollute water and air, or produce products designed to be disposable, without being subject in any way to the costs it takes to deal with the resulting pollution. They’re rewarded with loans, grants, and write-offs for everything from R&D to advertising. All of this is done because, supposedly, it creates advances for the economy and jobs for Americans.

But keeping the minimum wage low isn’t about creating jobs. It’s about funneling money. It’s about protecting the wealth concentration engine. It doesn’t just hurt the workers who are receiving those miserable salaries, it harms everyone.