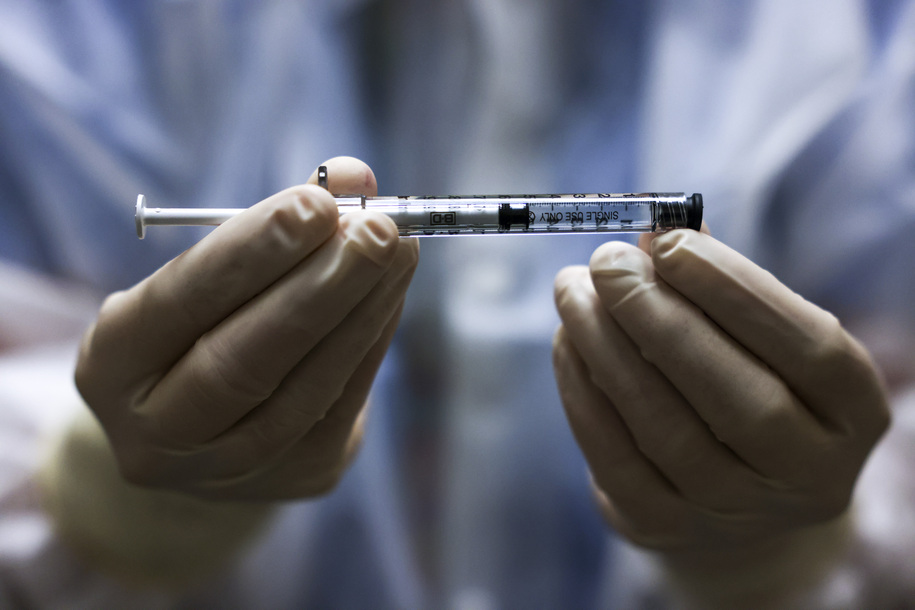 On Friday, the FDA’s team of outside expert sat down in front of their cameras to participate in something that’s becoming almost routine—the review of a new COVID-19 vaccine. This time they were looking at the single-shot vaccine from Johnson & Johnson. At the end of the discussion, the panel voted unanimously to recommend approval of the vaccine’s use in the current emergency. Pending the actual Emergency Use Authorization, which is expected over the weekend, the company has said it hopes to make 3.9 million doses available immediately, with millions more to follow each week.

The vaccine has some advantages over the vaccines that have already been given an EUA. The existing vaccines—the mRNA-based vaccines from Pfizer and Moderna—require frozen storage when not being used in the short term. Perhaps more importantly, they require two doses, so all the logistics of shipping, handling, scheduling, and the actual vaccination are all doubled. Johnson & Johnson’s vaccine can be stored at temperatures of an ordinary refrigerator and is more tolerant to being at room temperature for an extended period. And it takes just one shot.

However, there are some tradeoffs. The statistics that Johnson & Johnson showed on completion of their Phase 3 trial, which were detailed in the Friday meeting, rate its effectiveness somewhat lower than the other vaccines: an overall efficacy rate of 72% for the portion of the trial conducted in the United States, and 64% for South Africa where a more evasive variant dominates the case counts. There was also something different about how those numbers were calculated, as they do not include mild or asymptomatic cases that were counted in other trials. However, there’s another ingredient that adds both potency and complexity to the Johnson & Johnson results: time.

The FDA has now issued an EUA for the Johnson & Johnson.

The numbers that Johnson & Johnson provided were those at a specific time-slice for patients who received their vaccine. Specifically, these numbers are for patients who are more than 28 days post-vaccination. However, beyond that point, numbers continue to improve. No patient, in either trial, was hospitalized with a severe case of COVID-19 more than 45 days after vaccination. However, as the experts pointed out, that number could be deceptive, in part because at the time the data was assembled, few patients had been in the trial much longer than 45 days and a significant number had not yet reached that milestone.

Some of the discussion by the panelist went back to this timeline, and to concerns over how Americans might react following vaccination. In every trial—including those of Pfizer and Moderna—there have been significant numbers of patients who became infected in the first week after vaccination. It appears that some patients react to the idea of vaccination by almost immediately lowering their guard. However, all these vaccines require some time to become effective in stopping COVID-19. Indications are that the two mRNA vaccines may provide about 85% efficacy around three weeks after the first dose, even if the second dose isn’t given. For the Johnson & Johnson vaccine, waiting a full month for the vaccine to achieve 72% efficacy may be a test that many of those vaccinated fail.

Another point of discussion was a second trial that Johnson & Johnson has underway right now. In that trial, patients will receive two doses of their current vaccine, spaced about a month apart. The trial will test whether the second dose raises the level of immune response in a way that may be more effective against the growing threat of more contagious, more virulent, and more evasive variants of the SARS-CoV-2 virus. However, Johnson & Johnson does not appear to believe that this will effectively become a “two-dose vaccine.” Instead, this effort appears similar to work going on at Pfizer and Moderna to develop a “booster” against the growing number of variants. The two-dose trial is not expected to be completed until July.

In the meantime, the panel had no problem moving ahead with a unanimous recommendation for approval. The FDA could issue an EUA as early as Saturday, with the vaccine likely to be available in some locations on Monday.