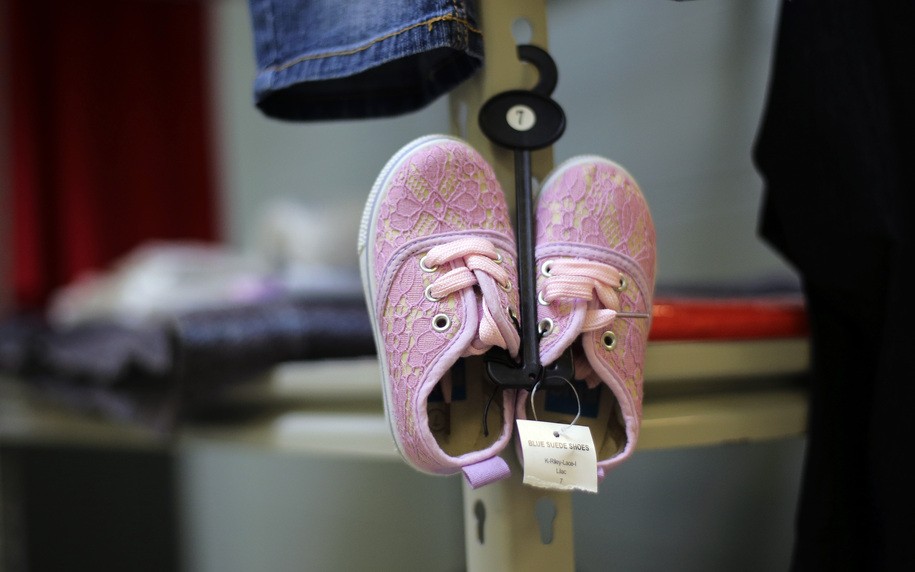 For the first time in many years, one of the three unlicensed migrant family jails that harmfully detain asylum-seeking parents and children is sitting empty. Advocates said on Friday that Immigration and Customs Enforcement (ICE) was beginning to release families detained at the Berks County Residential Center in Pennsylvania. By Sunday, the office of Sen. Bob Casey said all families had been released to relatives.

“I am pleased that all the families held on the Berks detention facility have been released. This is a long overdue step to deliver justice to vulnerable migrant families, including children,” Casey tweeted. “The next step is to permanently close the center so that no future family or child is forced to go through what these families have endured.” The advocates who’ve been fighting for years to shut down Berks echoed this in a statement Monday. They note that while the jail is empty, it could resume detaining families again in the future.

“As we celebrate that these families were released, we also remain on high alert,” the Shut Down Berks Coalition said. “We know all too well that ICE operates without accountability and without oversight. As much as we hope this is a step in the right direction, we are acutely aware that at any point more families can be brought to this prison and that the same cycle of abuse would repeat itself. Until this prison is permanently shut down and until ICE and the Department of Homeland Security stops using this facility, the fight is not over.”

Bridget Cambria, executive director of Aldea-The People’s Justice Center and attorney for detained families, told Reading Eagle that about 20 parents and children had been jailed at Berks as of last week. Since their release, they’ve safely traveled to live with relatives in states including California and Virginia. “Cambria said she still considers the facility an active detention center until ICE announces otherwise,” the report said. “I don’t know what the future holds, but it’s a step,” Cambria remarked.

The San Antonio Express-News reported that two other notorious family jails, Texas’ South Texas Family Residential Center and Karnes County Residential Center, would also not be jailing parents and children long-term for now, but would still remain open as “reception centers” where families will be held long enough to undergo COVID-19 testing. “Officials didn’t say exactly when the process will begin or how long it will take to release families,” the report said.

That’s a major concern, advocates like RAICES said. The Flores agreement requires that detained children be released as “expeditiously as possible,” but the organization said it’s represented clients who’ve been detained at these family jails for years at a time. In 2017, a judge ordered the release of a 3-year-old and his mom from Berks after two years of detention. Early last year, advocates won the release of a 7-year-old girl and her dad from Berks after 250 days in detention. The Philadelphia Inquirer had reported that the child had “become deeply depressed” at the family jail.

Advocates including RAICES and Aldea sued the previous administration around that same time, demanding the urgent release of families amid the novel coronavirus pandemic. They alleged in the lawsuit that officials at Berks hadn’t so much as bothered to inform jailed families about the pandemic. “Petitioners are aware of COVID-19 only from the news on the television,” the lawsuit said. “There is a note posted on the outside of the facility that misidentifies the COVID-19 pandemic as the ‘flu’ to the general public and those who enter the building.”

At the South Texas jail, which is operated by private prison profiteer CoreCivic, a toddler who’d become sick while in custody died shortly after her release in 2018. “I don’t want other mothers and fathers to lose their children,” her mom, Yazmin Juárez, told the House Oversight and Government Reform Subcommittee on Civil Rights and Civil Liberties the year after. “It can’t be that hard in this great country to make sure that the little children you lock up don’t die from abuse and neglect.”

So while advocates celebrated the release of families, they are cautious and are urging the complete closure of these family jails (as well as the closure of large-scale prison camps in favor of more humane alternatives). Indeed, recall that when an official from the previous administration was asked under oath if he’d send his own kids to a migrant family jail after comparing it to a “summer camp,” he refused to answer.

Berks is now empty. But the vision of a fair and humane immigration system requires the permanent closure of Dilley, Karnes and Berks and to #endfamilydetention. Read our official statement pic.twitter.com/lOGdYvcAlL

“We welcome the release of families subject to the incredible trauma of detention and emphasize that no family or child is required by law to be detained,” Aldea said in a statement on Monday. “Detention is unnecessary in every way. As such it should be the official policy of the Biden administration to end the detention of families permanently and make real, serious, efforts to end the detention of children altogether.”