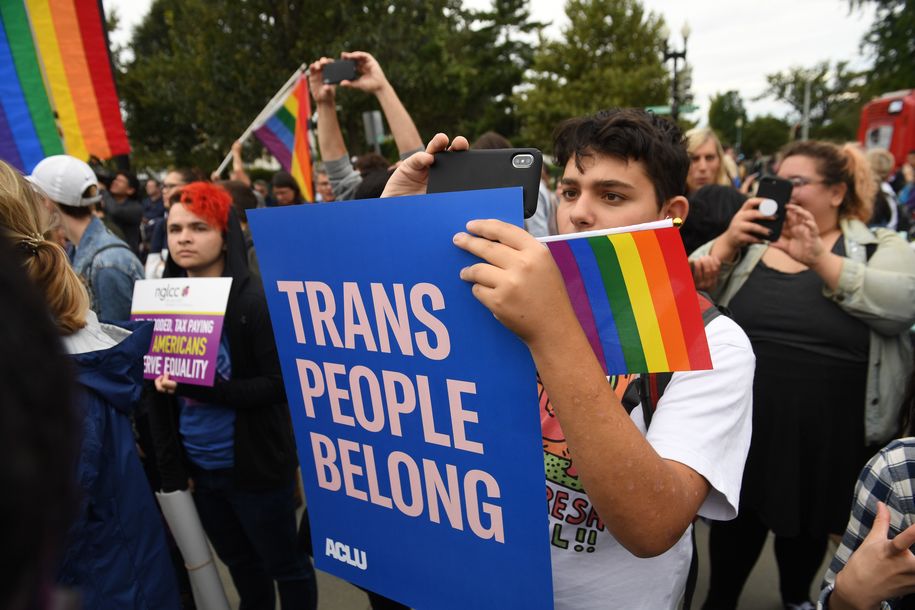 With more than 20 anti-trans laws in the works across the nation, we take some comfort in the knowledge that many won’t pass out of the state House, much less the state Senate. And even if they do, we reason that with a Democrat as governor, the bills aren’t likely to become law. This means, for example, that vehemently exclusionary measures to bar transgender youth from participating on the sports teams that align with their gender identity won’t become law. Or that physicians who provide gender-affirming healthcare to transgender youth won’t become literal criminals. But, as is the case with the anti-trans bill gaining speed in Mississippi, comfort isn’t always available.

On Wednesday, the Mississippi House passed SB 2536, and as Daily Kos covered at the time, the state Senate passed the bill in February. The bill, which would bar transgender girls and women from participating in girls’ sports teams at both primary and secondary education levels, is headed to the governor. What’s extra concerning about this? Mississippi’s Republican governor, Tate Reeves, has signaled support for the measure in a March 4 tweet. And once one state adopts legislation, a disturbing precedent takes hold.

The Mississippi bill, which just passed in the House with an 81-28 vote, would first require public schools and universities in the state to designate teams as male, female, or co-ed. The bill would prevent transgender girls and women from joining girls’ teams.

How would sex be determined? According to the bill, if one’s sex were disputed, the student-athlete would undergo an evaluation by a physician in which the medical professional would evaluate the person’s internal and reproductive anatomy as well as genetic makeup.

In a statement to ABC News, Republican state Sen. Angela Hill, who sponsored the bill, claimed that this was all about protecting [cisgender] girls in sports. She told the outlet: “If we do not move to protect female sports from biological males who have an unfair physiological advantage, we will eventually no longer have female sports.” It’s almost like women and girls only have value to the Republican party when they can be used as pawns to push an agenda.

Last month, Hill claimed she has “had numerous coaches across the state call me and believe that they feel there’s a need for a policy in Mississippi because they are beginning to have some concerns of having to deal with this,” though she did not offer specific numbers or examples of this actually happening in her state.

Reeves, like a number of Republicans, spoke out about trans-inclusive practices in sports after President Joe Biden’s recent executive order banning discrimination based on gender, including in school sports.

If there’s one thing that we are passionate about in the Reeves family, it’s my daughters’ sports. I know that the lessons learned through team sports have led to so many successful lives and careers for women and have truly helped provide a more equal opportunity for success.

It is also why I am so disappointed over President Biden’s actions to force young girls like them to compete with biological males for access to athletics. It will limit opportunity for so many competitors like my daughters. It is bad policy and it is wrong for America.

And, most recently, on March 4, Reeves tweeted the following about the bill approaching his desk.

I will sign our bill to protect young girls from being forced to compete with biological males for athletic opportunities. It’s crazy we have to address it, but the Biden E.O. forced the issue. Adults? That’s on them. But the push for kids to adopt transgenderism is just wrong. https://t.co/sncpaPlTbZ

Among other things, “transgenderism” is an anti-trans buzzword, as is the decision to refer to trans girls as “biological males.” The fact that this particular tweet quote tweets The Daily Wire is just the icing on the cake.

What Reeves (and so many others, of course) continue to refuse to accept is that transgender girls are girls. Cisgender girls are girls. Both are girls! That is it. President of the Human Rights Campaign Alphonso Davis expressed a similar sentiment in a statement, saying in part, “Mississippi is so determined to be on the wrong side of history that it is defying the evidence in favor of discrimination. There is simply no justification for banning transgender girls and women from participating in athletics other than discrimination.”

Now, if Reeves does sign the bill into law, that would be the biggest step forward in the anti-trans march in 2021, but not ever. For example, in 2020, Idaho actually passed an anti-trans sports bill, but that law was actually suspended by a federal district court almost immediately. Thankfully, that law has yet to be enacted. But keep in mind, this slew of anti-trans legislation is not only damaging and exclusionary, to begin with, but it’s also being pushed and sucking up valuable time during a literal global pandemic.

Legislators really do have better things to be up in arms about—like taking care of their constituents and the real problems before them, like unemployment and food and housing insecurity, and not fanning the flames of unfounded hysteria.