News flash: Ted Cruz did something deeply dishonest (and xenophobic) on the Senate floor today 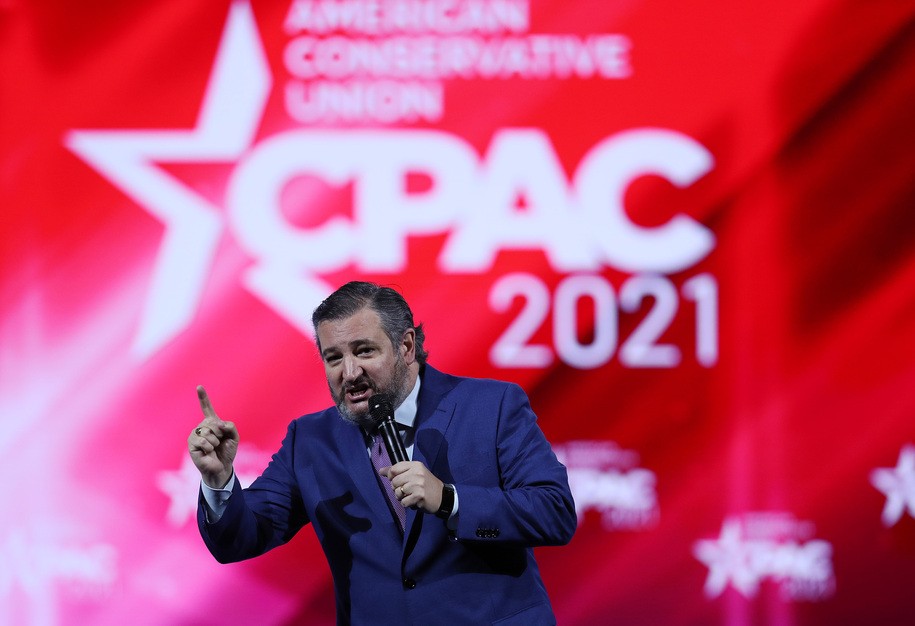 What does it say about Republicans that the two biggest assholes in the multiverse were their No. 1 and No. 2 choice for president in 2016? Of course, as with the infinite regression of turtles in Hindu cosmology, it’s assholes all the way down for the GOP.

Ted Cruz, the GOP’s designated auxiliary asshole, was at it again on the Senate floor Saturday. Perhaps he woke up on the wrong side of bed … because a murdered corpse was hogging the covers all night. (I’m basing this assumption on nothing, of course, much like Cruz does in the following clip. To be fair, I can neither confirm nor debunk that claim. It’s probably not true. But, make no mistake about it, it could be!)

More likely he’s trying like hell to change his nickname from Cancún Cruz to Canker Cruz, because people have always known he’s a mouth sore, but the Cancún thing was simply beyond the pale.

That’s unlikely to work, but he’ll do his best.

CRUZ: “This amendment, just like the one we just voted on that Sen. Cassidy and I introduced, this amendment before us today provides that the stimulus checks should not go to illegal aliens in this country. The question for the American people to answer is, should your money, should taxpayer money, be sent, $1,400, to every illegal alien in America. This amendment provides that it should not, that stimulus checks should only go to American citizens or to people lawfully present. Now, the Democrats may say their language allows for that, but they know that the IRS treats someone who is illegally present in the United States for 31 days last year as a resident alien, and so this corrects that and ensures that illegal aliens are not eligible for taxpayer-funded stimulus checks.”

Right. Rapists (of the confirmed and alleged variety) shouldn’t be sent stimulus checks. They should be given Supreme Court seats and protected from their victims through presidential immunity.

SEN. DICK DURBIN: “Mr. President, the statement of the senator from Texas is just plain false. False. Let me be clear. Undocumented immigrants do not have Social Security numbers, and they do not qualify for stimulus relief checks, period. And just in case you didn’t notice, they didn’t qualify in December when 92 of us voted for that measure, and they don’t qualify under the American Rescue Plan. Nothing has changed. And for you to stand up there and say the opposite is just to rile people up over something that’s not true.”

CRUZ: “Will the senator yield for a question?”

DURBIN: “No, I won’t. It is not true, and we know what’s going on here. They want to be able to give speeches to say the checks go to undocumented people. In the circumstance where there is a parent … receiving the check for the child, that’s it. But no money going to undocumented people under the American Rescue Plan.”

OH MY GOD, THIS ASSHOLE!

Ted Cruz is the Kirkland jeans of human beings. Seriously, is there anyone worse? Other than that orange guy, that is?

Let’s scapegoat and demonize some of the most hardworking and vulnerable people in the world a little more, why don’t we? He’s almost worse than Trump, honestly. Trump’s lies were like popcorn farts. Unpleasant, but they were easy enough to wave away. Cruz’s lies leave a viscous ooze behind. They’re not as frequent as the former guy’s (or maybe I just haven’t observed him for long enough), but they somehow seem more gross. Maybe it’s his aristocratic posing.

Whatever it is … barf-o-rama, dude.

Naturally, Cruz wanted his little Senate floor soundbite so he could shoehorn it in between his eventual opponents’ voluminous “Cancún Cruz” ads. Hopefully, Texan voters are wise to his nonsense by now. If that cold snap didn’t wake them up, though, I’m not sure what will.

Oh, hi there! You like free stuff, right? The long-anticipated EPILOGUE to Aldous J. Pennyfarthing’s Goodbye, Asshat: 101 Farewell Letters to Donald Trump is now available for FREE. Download your copy at this link! And don’t forget to check out the rest of AJP’s oeuvre here. Sit back and enjoy the Trumplessness!