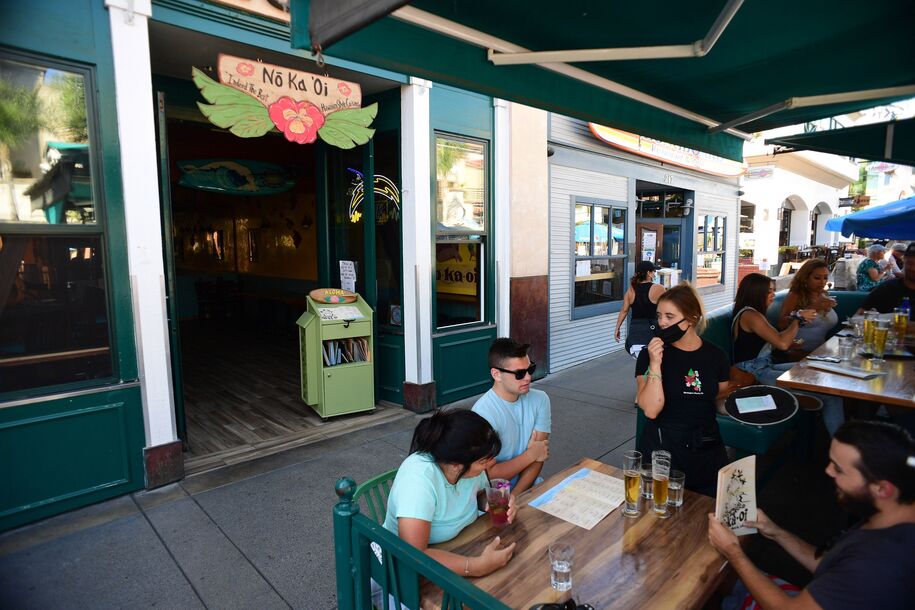 In the fight for a $15 minimum wage, don’t forget about tipped workers. While the federal minimum wage has been $7.25 an hour since 2009—and Congress hasn’t passed an increase since 2007—the tipped worker minimum wage has been at $2.13 an hour since 1991. The theory is that workers get at least minimum wage thanks to tips, or else employers make up the difference. The reality can be very different: “the federal Department of Labor’s wage and hour division has estimated that 84% of restaurants violate labor standards including tip violations. In other words, far too often, workers don’t get the tips they’re due,” Saru Jayaraman of One Fair Wage writes.

And working for tips opens workers up to racism, sexism, and sexual harassment. Research shows that Black waiters get lower tips, and waiters viewed as attractive get higher tips. Now, there’s a new twist, Jayaraman reports. “Male customers are making lewd and sexualized comments about servers’ masks and saying things to women servers like, ‘Take off your mask so I can see how much to tip you.’ In other words, while tips and, thus, wages for restaurant workers are plummeting, sexual harassment is rising.”

This is gross and awful, and while it would be great to see immediate justice in the form of drinks in faces and food dumped on laps, it would be still better if workers didn’t have to put up with that kind of harassment to make a living wage.

There is a massive power play taking place right now, being led by some of the biggest titans of industry—particularly in Silicon Valley—who seek to avoid having to contribute to society at all by rewriting the legal status of their workers. The current debate about who is a worker, who is an independent contractor, and who is legally eligible for things like Social Security and unemployment insurance centers around the question of whether state and federal policy makers accept or reject what is referred to as a “third category” of worker.

A huge victory for Montana workers! So-called right-to-work would not boost jobs and would lower wages for both union and nonunion workers. https://t.co/DbYY2Tvh4C

Ahead of our next bargaining session tomorrow, we sent this open letter to @TIME’s top leaders. pic.twitter.com/1TVqc5OWiX

On pay inequity at @newyorker and @condenast: pic.twitter.com/lf0Q877y2F