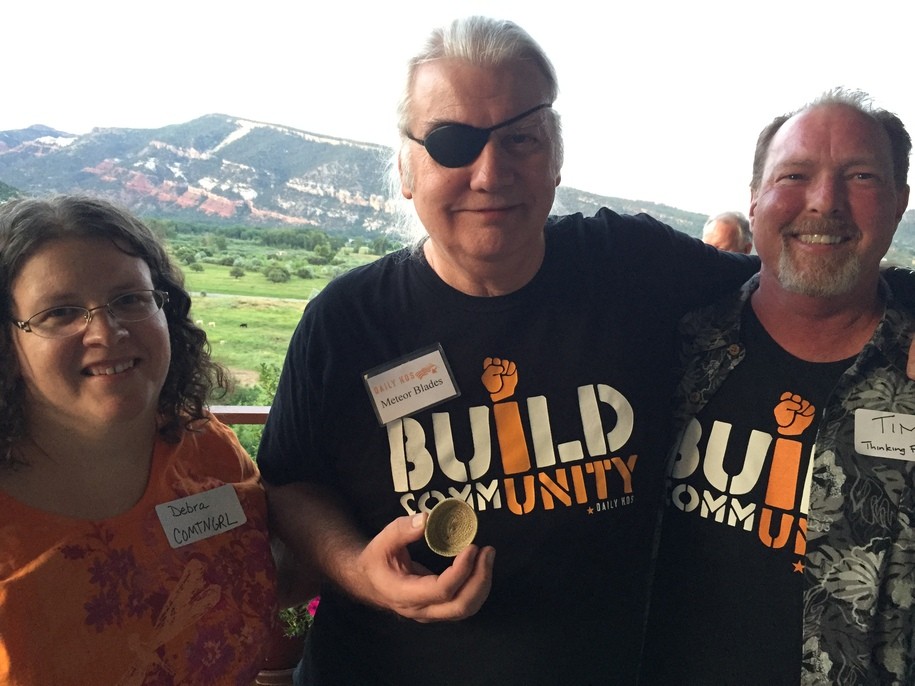 Campaigns for candidates or social change have their own heroes, and because of the hard work they have put in, we are allowed to stand taller in everything we do. This is often linked to major political figures, scientists and doctors, or engineers. Giants, however, are just as often the people who provide campaigns, volunteers, activists, and candidates the encouragement that we need to keep going. They offer to us institutional knowledge of their own experience, and through their experience, we are all allowed to get to the top of the wall that blocked so many in the past.

How do you build political success? The true nuts and bolts of every campaign but also every movement is built on the gained knowledge of people who have come before us. The path is almost never that you start at the top. In most cases, the path is that volunteers become staff, and staff become the campaign leadership that can guide candidates to wins. Think about that. People are not born as giants, they become one through the acceptance of what they want to do, the acknowledgment of those they can learn from, the willingness to grow into a role, and the encouragement of those who came before them to achieve more every day.

When we look at a site like Daily Kos—and a community leader like Meteor Blades, in the middle of the photo above, we see a bit of what this pattern should look like. Members can come to the Daily Kos community and find leaders in the cause or community they represent and learn from their examples, and then grow those ideas, develop them further, and achieve more. This is the way in which we stand on the shoulder of giants, and how we move our society forward.

The work that is done can be immediate or historical

Admittedly, I have been a hip-hop fan most of my life. From the early eighties on. There are a few albums that will always stand out to me in every generation, and a few lyrics by a few artists that I think get forgotten, but one of those lyrics popped into my mind as I was writing this piece and it really makes clear what it means to stand on the shoulders of giants. From Digital Underground, “Heartbeat Props”:

If you’re really that down then act what you say KRS and Chuck need support today I see you posing with the Dr. King hanging on your wall Only difference is Chuck might give you that call To march on Friday, yeah, it’s kind of frightening Let me move so I don’t get hit by the bolt of lightning Striking you down ’cause you’re fronting A dead leader can’t tax your mind Therefore he’s not a threat to your personal time All the lagging and the dragging

We often think of giants in a historical context. Figures who are long since dead, their writings built to be remembered. A speech by JFK. A speech by Martin Luther King, Jr., or documents from the founding fathers. These are certainly giants that we need in our efforts that help grow our campaigns through our ideals and what we believe. Unfortunately, as they are deceased, they are no longer ideals that can, as Digital Underground points out, “tax our mind” because they will not argue with our interpretations of what they are saying, or argue with us that we aren’t doing enough.

This is where living giants, volunteers and campaign workers need more recognition. When we put giants on pedestals, we fail to learn from them because we make the terrible assumption that only they can achieve. Spending more time communicating with people who are living legends or giants within our community and redefining what creates a giant within the Democratic campaign community allows us to keep knowledge inside of our campaigns.

Your volunteers can be your greatest giants

A person who goes out and knocks on a door, are they a giant? Who sits and does phone banks, are they a giant? You may not think of them as a giant, but people who have volunteered for years have such a deep connection with a community as well as a fund of knowledge that cannot be easily replicated, they are absolutely a giant.

Mobilize will tell you that recognizing your volunteer efforts matters. Establishing awards, a system of recognition can give people who are new to the party, your congressional or statewide efforts a template of what establishes not just success, but also proof that their work will be remembered and honored.

Going back to Digital Underground: “Therefore, he’s not a threat to your time.” realize people value their personal time greatly. It is relatively easy to admire a hero who isn’t here anymore because they don’t represent a potential conflict that would ask them to use that personal time to do something. Living giants create the possibility of sharing that with others and inspiring them to become that figure in the next campaign. You don’t have to be older, you don’t have to be a salted veteran. A person can be in their mid-twenties or even a teenager and be a giant in a campaigning effort because of what they have done or the commitment they have put into their cause—ask the students behind “March For Our Lives.”

Celebrate your volunteers. Recognize those who are legends in your work. Respect and honor them while you have the opportunity, and never be stingy with praise when it is deserved.