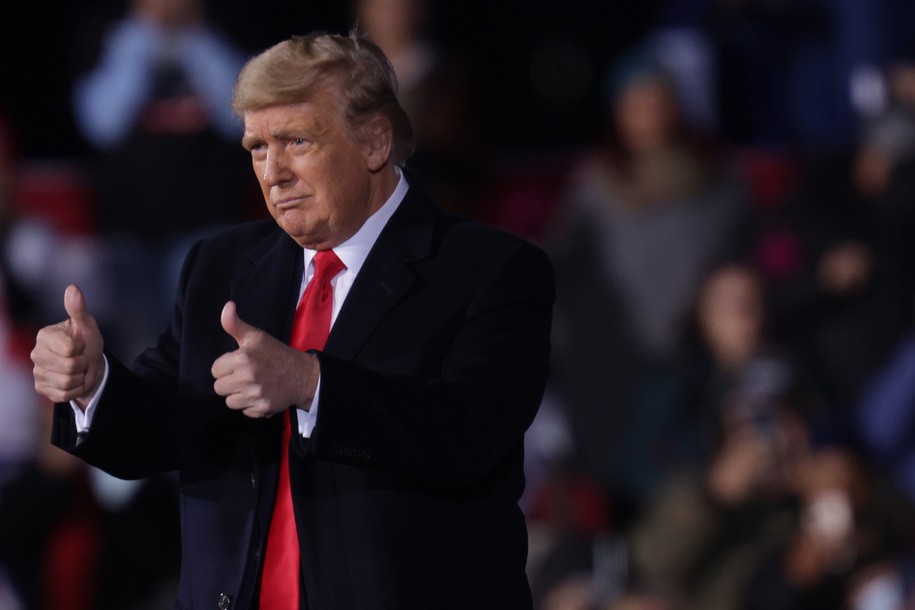 The Wall Street Journal released a recording Wednesday, of a phone call Trump made to the Georgia Secretary of State’s top election investigator in late December. The topic? Voter fraud. Specifically, supposed irregularities in Fulton County, the state’s biggest county and home to Atlanta.

During the six-minute call, which was reviewed by The Wall Street Journal, Mr. Trump repeatedly said that he won Georgia. “Something bad happened,” he said.

She responded: “I can assure you that our team and the [Georgia Bureau of Investigation], that we are only interested in the truth and finding the information that is based on the facts.”

According to The Washington Post, this call came on Dec. 23 (I covered it here)—over a week before Trump’s now-infamous Jan. 2 shakedown of Watson’s boss, Brad Raffensperger.

Watson was looking into signature discrepancies with mail-in ballots in Cobb County, home to Atlanta suburbs that have undergone one of the most dramatic transformations from red to blue in recent memory. Trump was stroking Watson heavily, saying that she would be “a national hero” if she could find evidence of fraud. As it turned out, that investigation revealed—drum roll, please—a grand total of TWO non-matching signatures out of 15,000.

Although the six-minute call was previously reported, this is the first time we’re hearing it for ourselves. According to WSJ, Trump was urging her to take a look at Fulton County, saying that if she did, “you are going to find things that are going to be unbelievable.”

The call was vintage Trump. He offered no evidence of wrongdoing, just typical innuendo. But it was pretty clear what “the right answer” was supposed to be: He’d won Georgia, not Joe Biden! It was clear that Trump genuinely expected Watson to give him the answer he desired. He clearly hoped that if Watson could find a way to put enough of a dent in Biden’s massive 72-26 victory in Fulton County, it would be enough to deliver him Georgia.

The disclosure of this call couldn’t come at a worse time for Trump. Remember, Fulton County DA Fani Willis is well into a criminal investigation into Trumpworld’s efforts in Georgia. She’s at least thinking about wielding the legal equivalent of napalm: a racketeering charge.

Add this to the mounting evidence that for all of Trumpworld’s calls to “Stop the Steal,” the real “steal” was being perpetrated from inside the White House.

Watson sat down with WSB-TV in Atlanta to talk more about the call. While she didn’t perceive any pressure from Trump, she was surprised that Trump would call her in the first place. She added that investigators haven’t asked for a recording. However, take it to the bank that Willis or some other investigator will want that audio.