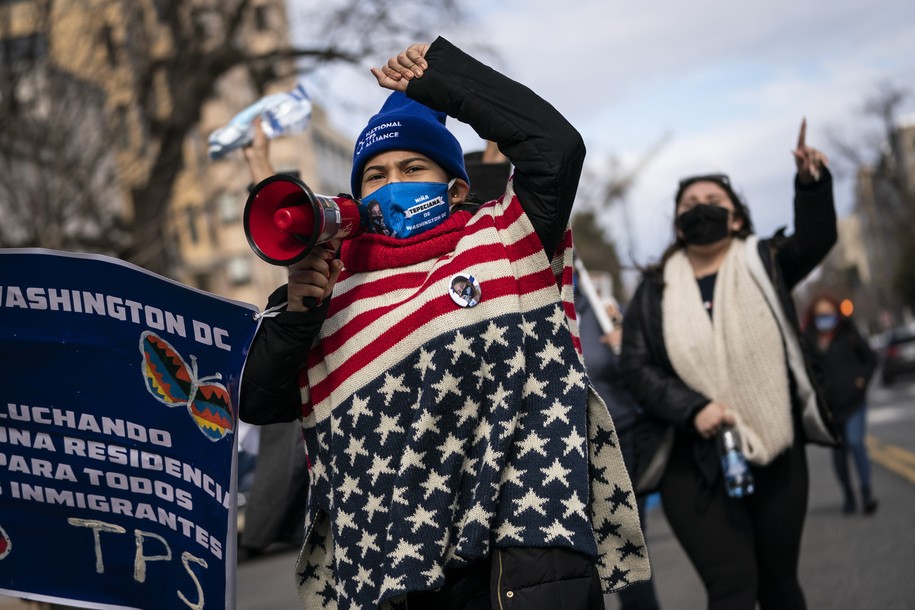 A path to citizenship continues to be overwhelmingly popular among voters across party lines—and a strong majority of them will be unhappy if legislation legalizing undocumented immigrants isn’t passed and signed into law, new polling conducted by Global Strategy Group, Garin-Hart-Yang, and LD, Insights in partnership with FWD.us and America’s Voice has found.

A slew of legalization bills have been introduced by both President Joe Biden’s administration and congressional leaders, following Democratic wins in both the White House and the U.S. Senate this past 2020 general election and run-off races in Georgia. In addition to Biden’s “big, bold, and inclusive” immigration bill, legislators in both chambers of Congress have introduced piecemeal bills featuring specific paths to citizenship backed by the new polling data.

The overall path to citizenship from the Biden administration’s bill is similarly popular, with polling showing that voters prefer legalization over deportation, 79% to 21%. “Even base Republicans prefer citizenship over deportation by a 61% to 39% margin,” the memo said. “Citizenship for the undocumented is a consensus  issue—not  a  divisive  one—as  the major citizenship proposals facing Congress are all very popular, with substantial support across partisan lines.”

“Significantly for the battle for the majority in the Senate, a majority of all voters (55%), and a strong majority of Latinos (65%) say they would be less likely to vote for a Senator who votes against citizenship bills like the DREAM Act,” researchers continued. Republican leaders are going to keep going with the anti-immigrant playbook because that’s all they know—but maybe everyone else can stop pretending Stephen Miller is some genius strategist? I mean, he’s a former White House aide, not a current one, after all.

“For most Americans, the debate is not controversial,” America’s Voice executive director Frank Sharry said in a statement. “The frustration is that Congress has not gotten it done. For those many Democrats and those few brave Republicans who will be voting on legalization proposals in the coming days, the way forward is clear: lean in, vote to change people’s lives in a way that strengthens our nation, and formally recognize undocumented immigrants as the Americans they already are.”

“It’s a disgrace that veterans are falling through the cracks of our broken immigration system and being deported,” Veterans’ Affairs chair Mark Takano said, who reintroduced the bill with fellow Californian Juan Vargas and Arizona’s Raúl Grijalva. “Deported veterans are exiled from the country that they call home and that they fought to defend, and they face significant barriers to access the benefits they are entitled to and eligible for under the law. Congress must act and fix this injustice, and passing this comprehensive legislative package can help us achieve that.”