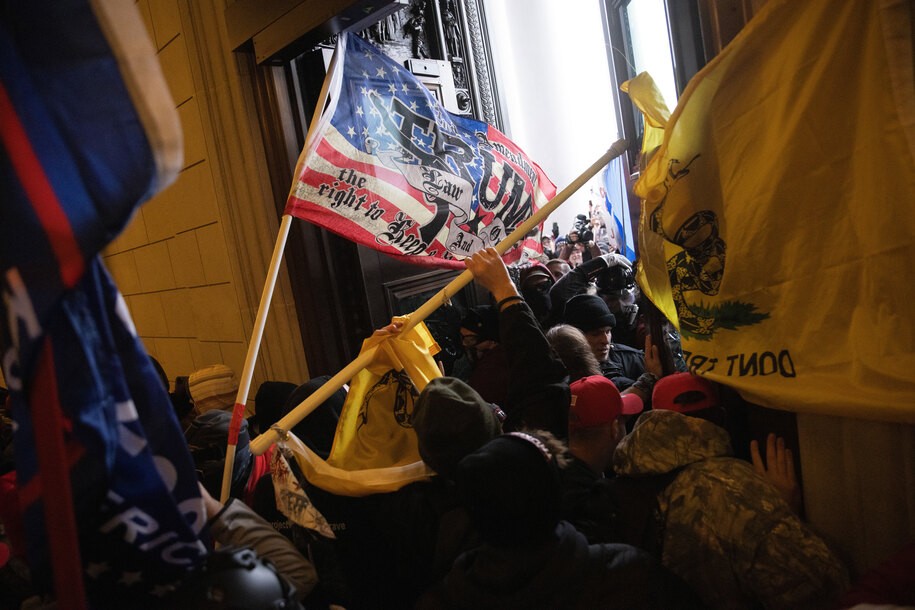 On Jan. 6, we watched in horror as a Trump-supporting mob attacked the U.S. Capitol—and then walked out past police, going back to their hotel rooms and then dispersing across the country. Despite the lack of arrests that day, though, and despite the suspicious lack of information from law enforcement leaders about what happened that day and how they would do some form of justice after the fact, the FBI and Justice Department have been on the case since.

Saying that the Capitol insurrection involves “likely the most complex investigation ever prosecuted by the Department of Justice,” federal prosecutors have started asking judges for 60-day delays. The complexity stems from evidence gathered through more than 900 search warrants, 15,000 hours of law enforcement video footage from body cameras and surveillance cameras, 210,000 tips, 80,000 witness interviews, 1,600 electronic devices, and searches of text messages on multiple providers.

More than 300 suspects have been charged already, with as many as 100 more people expected to be charged, and to fulfill discovery requirements, the Justice Department is working with the Federal Public Defender’s office to manage the evidence. “The investigation and prosecution of the Capitol Attack will likely be one of the largest in American history,” prosecutors said, “both in terms of the number of defendants prosecuted and the nature and volume of the evidence.”

Some of the cases will be simple: someone who shows up on footage from inside the Capitol being charged with trespassing, for instance. But in cases involving organized extremist groups like the Proud Boys and the Oath Keepers, prosecutors may be trying to put together far more complex cases of conspiracy, showing how the extremists coordinated with each other and obtained equipment specifically for leading an assault on the Capitol.

In one case, for instance, a Proud Boys leader coordinated a plan in which, prosecutors have argued, “By blending in and spreading out, Defendant [Nordean] and those following him on January 6 made it more likely that either a Proud Boy—or a suitably-inspired ‘normie’—would be able to storm the Capitol and its ground in such a way that would interrupt the Certification of the Electoral College vote. Defendant understood full well that the men he was leading as he charged past law enforcement and onto the Capitol grounds were likely to destroy government property, or attempt to do so.”

On Thursday a prosecutor said that a conspiracy case against a group of Oath Keepers could grow from a group of nine defendants to 15 or more, a move that would potentially force the group to be broken up simply due to space constraints in courtrooms.

The investigation into and prosecution of the people who personally attacked the Capitol isn’t the only important investigation, though. Hearings have begun into the intelligence failures and law enforcement preparation failures that left the Capitol vulnerable to attack, and so far what they’ve showed is that we need to know a lot more. A lot more.

These multiple tracks of investigations need to continue, and to be backed with the political willpower to find out what happened and make sure it doesn’t happen again.