A year after Breonna Taylor’s death at the hands of Louisville police, the world still says her name 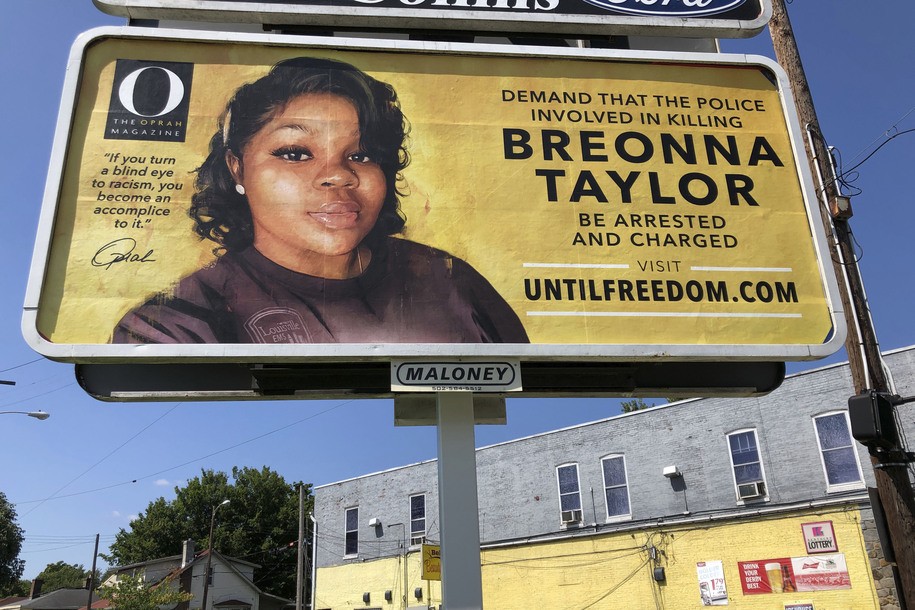 Breonna Taylor most likely never dreamt that she’d become a household name, but here we are.  In the darkness of March 13, 2020, three plainclothes Louisville Metro Police officers forced their way into the home of Taylor, an emergency room technician and former EMT. They were there on a “no-knock” warrant, searching for a man who was already in custody. Taylor’s boyfriend, Kenneth Walker, let off a warning shot from his own legally-possessed firearm. The plainclothes police fired off 32 shots in response, and six hit Taylor. The 26-year-old died in her apartment; not one of the police officers attempted to provide medical assistance. Taylor was Black; predictably, the Louisville officers were white.

The horror story is still not resolved, though Louisville did settle with Taylor’s family in September, and Walker finally got all charges permanently dropped less than a week before this heartbreaking anniversary. No police officers—including Myles Cosgrove, who fired the fatal shot—faced any charges for her death. Grand jurors blame Kentucky Attorney General Daniel Cameron, who served as special prosecutor, for “terribly misus(ing)” them as he sought that outcome, and (unsuccessfully) attempted to  impeach and remove him from office.

A year after Breonna Taylor’s death, there remain more questions than answers as the world comes together to say her name.

Say her name. Remember her face.

One year ago, on this date: Breonna Taylor was shot and killed by Louisville police officers in her apartment. pic.twitter.com/1BzDzxU4XG

Remember: It’s not just what “was” that was taken away. Taylor never got to find out “what could be.”

On this night last year, Breonna still had a world of dreams ahead of her.

That her killers walk free while Taylor died for committing no crime is no accident. It’s just the system working.

Today, Breonna Taylor should be enjoying her Saturday with family and friends. Instead, it’s the anniversary of her murder and her killers – Brett Hankison, Myles Cosgrove and Jonathan Mattingly – walk free. The system was built to allow this. Don’t ignore that. Get involved. pic.twitter.com/2XBqlQ0FhF

Louisville Police may have turned Taylor into a statistic, but she was a person.

Breonna Taylor: who she was, how she died, and why justice is long overdue. pic.twitter.com/wp4IMybN8W

Women of color—particularly Black women—rarely attract much attention when they’re victims of police brutality. Taylor’s mom, Tamika Palmer, is thankful she, with the help of attorney Ben Crump, was able to garner wide concern for Taylor’s killing even as she continues to seek justice and police accountability. “I couldn’t imagine something like this happening to her and that nobody was paying attention,” Palmer told The 19th.

The #SayHerName movement didn’t start with Taylor, and it does not end with her.

It’s been one year since we lost Breonna Taylor.    We cannot forget her—or the countless other Black lives that have been so needlessly taken from us. We must continue to #SayHerName, demand accountability & take action against these tragic injustices. #BlackLivesMatter

No justice. No peace.

This powerful video from LeBron James’ More than a Vote shows how Breonna Taylor’s death changed us.

Again: The battle for police reform is far from over.

It’s been one year, 365 days, since Breonna Taylor has not gotten justice…and we can’t rest until she gets it. #SayHerName #JusticeForBreonnaTaylor pic.twitter.com/Srinuw8umm

Missouri Rep. Cori Bush says it better than I could.

Please feel free to share tributes to Breonna yourself, both on social media and in the comments.