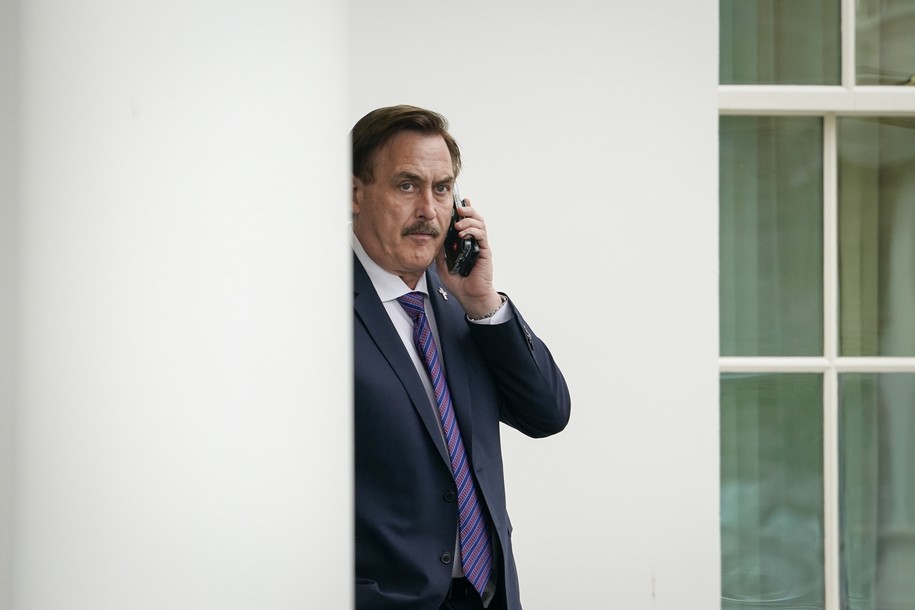 You have to hand it to MyPillow Guy Mike Lindell. When life hands him lemons, he eats them so fast they become deadly choking hazards. His latest nonsense? He’s launching a new social media platform to compete with YouTube and Twitter, which for some reason no longer allow videos and tweets that could lead to the attempted violent overthrow of the U.S. government.

Of course, he still thinks Jesus is on his side, but I can pretty much guarantee Jesus would be shorting his stock if it were publicly traded.

But I’ll give him this: The fucker never stops.

VOCL, (pronounced vocal) will launch in a couple of weeks, Lindell said on Steve Bannon’s War Room podcast Thursday. The tagline for the new platform is “voices of free speech,” and Lindell said it would be a combination of “print, radio, and TV.”

The new site will be a cross between Twitter and YouTube, according to Lindell, who added both other platforms would soon be obsolete once VOCL launched. YouTube is owned by Alphabet, Google’s parent company, and Lindell seemed to be a bit confused about who was running the video hosting site.

“Jack Dorsey, and Mr. Google, they are gonna be a thing of the past as far as those two entities go because you are going to go where the people go,” Lindell said.

Holy shit. I may not stop laughing until the heat death of the universe.

Of course, because Lindell can’t be bothered to do something as simple as check prospective names for potential trademark infringement, he was threatened with a lawsuit right out of the gate. According to The Daily Beast, a website called Vocal—“a publishing platform similar to Medium”—has threatened to sue Lindell over its trademark. Lindell later informed The Daily Beast that “we looked into it, and we believe it would be confusing, so we are going to announce a different name and URL by Monday.”

Okay, then. Nothing like publicly announcing a brand name and then almost immediately changing it because you didn’t do your due diligence. Exactly how did this guy’s business succeed? Are his pillows stuffed with opium or something?

We’ll see how long it takes before VOCL gets sued for irresponsibly giving voice to insurrectionists and other assorted loons. Clearly this guy hasn’t learned his lesson. For one thing, his website is still chock-full of election theft nonsense, and he keeps adding exhibits to Dominion’s binders full of evidence.

Meanwhile, Donald Trump, on whose behalf Lindell is throwing his life and fortune away, is just one day closer to forgetting this dude’s name.

That day will come, and then the MyPillow Guy’s failure will be complete.