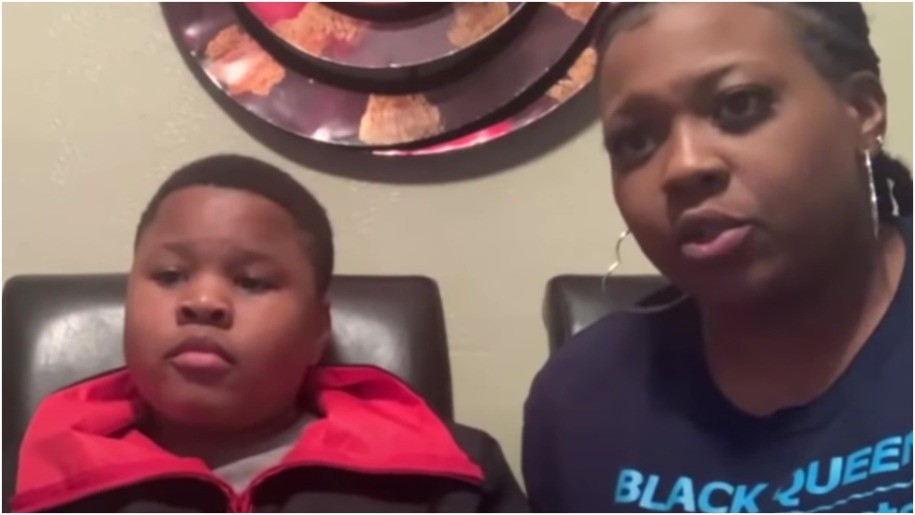 A Texas mother is reportedly facing threats after she went public about allegations her son was bullied for more than a year, targeted because of his race, and tricked into drinking urine at a sleepover. Summer Smith told NBC DFW she allowed her 13-year-old Black son, a student at Haggard Middle School, to attend the sleepover in mid-February without knowing his bullies, former football teammates, would be there. She said her son, SeMarion Humphrey, later told her that the bullies were there and when he was sleeping, they woke him up and told him he wasn’t breathing and needed to drink from a cup later reported to have urine in it.

Video taken of the incident, which Smith posted to Facebook, went viral. “This was beyond bullying. The things that they did to my son in his sleep. In his sleep, defenseless. It was assault. Assault with bodily fluid, assault with hands,” Smith told NBC DFW. “It’s being pursued to the fullest extent of the law. It was premeditated. It was hateful and the word I keep using is evil. I cannot understand.”

Kim Cole, Smith’s attorney, said her client has received threats and is “no longer safe.” “Her children no longer feel safe in their home, so they have had to leave,” Cole said. That’s in addition to the alleged bullying SeMarion has already endured. Cole said on a GoFundMe page raising money for the child’s counseling and private schooling that the child’s former teammates bullied him so badly “that SeMarion had no choice but to eventually quit the team.” Still, the Plano Independent School District “did nothing to curtail the bullying,” Cole said. At the sleepover, those bullies allegedly shot SeMarion with BB guns, slapped him in his sleep, and called him racial slurs. “He is in need of therapy and is planning to change to a private school,” Cole said on the GoFundMe page.

Smith told CBS 46 that in early March when she initially informed her son’s school of the incident at the sleepover she was again told nothing could be done. “When you say there’s nothing you can do, what do you mean exactly?” Smith reportedly asked. “Because it seems to me that there’s plenty you can do. Where it was pre-mediated and obvious that SeMarion was only invited for their pure entertainment.”

Since the story went viral and an estimated 300 demonstrators attended a protest for SeMarion, officials in the Plano Independent School District announced plans to have an independent investigator look into the incident. Plano Police Chief Ed Drain said during a press conference with school officials on Tuesday that his department is also investigating the incident. “Detectives were instructed to not only look at the events that happened on February 12, 13, 14 but also any other incidents,” he said.

Cole told NBC DFW that she and Smith have gotten hundreds of emails reporting other cases of bullying in the school district and that the attorney is happy to turn over the information they receive to district officials. The district has also asked parents, students, and other community members to report any incidents of bullying to school officials. “We can act on these concerns when we know about them and, as a result, better serve our students and families,” the district said in a statement on Thursday.

District officials expect to conclude their investigation into the sleepover this week and also to determine any potential disciplinary actions and policy changes. “Due to state and federal legal restrictions regarding confidentiality, Plano ISD is unable to release specific information, including any disciplinary actions resulting from the investigations,” the district said in a statement last Monday. “It is the District’s hope that the investigation conducted by the independent third-party will be concluded swiftly, and we will provide updated information upon completion.”

Superintendent Sara Bonser said during the press conference she can’t say how many investigations the district is linked to but that since the incident at the sleepover became public “we have all been threatened with physical harm or death.” “What we saw. What you saw. What we all saw was inexcusable,” Bonser said. “It’s inexcusable and we will all have to do our part. The school district, the community and the families to come together and say, ‘No more. This is not OK.’ I’ll say it again, that child should never have had to experience that. Ever.”

I don’t think “bullying” fully encapsulates what SeMarion Humphrey’s white classmates did to him. This is one of the worst stories I’ve read about in a very long time. https://t.co/Dq9z8vGZCn

How you help: 1- QT this or create a tweet using #JusticeForSemarion or #SemarionHumphrey . 2- Retweet a post it this from news. 3- Sign petition(s) or call officials. 4- Share the GFM 5- Have a friend join you. 6- Repeat until it trends.