Nuts & Bolts: Inside a Democratic campaign: Land does not vote 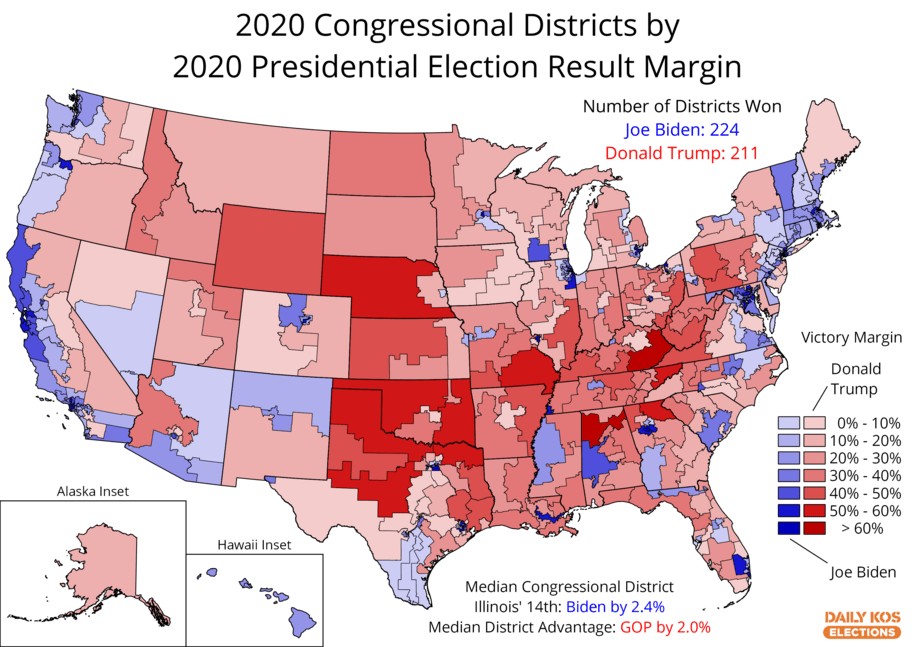 This week, my entire post could be summed up in the titular sentence: Land does not vote. Repeat that many, many times. Land doesn’t vote. Areas of the U.S. with a low population can be huge geographically, but that land mass doesn’t mean they represent a lot of individuals. When we look at maps, we can sometimes get confused as to what the land mass means and come to the wrong conclusions. I was spending time visiting with a group of farmers this last week, and they talked about how much land is dedicated to producing a crop. The USDA figures an average wheat farm takes up around 1,000 acres. That’s one and a half square miles. The difference? Only two people live on that cropland. In a city, thousands of people can live within that area. How does that impact how we campaign? Let’s talk about that.

You can’t give up on rural areas, but you have to be smart

We look at rural areas of a state being large, red districts, and we think to ourselves that it’s going to be difficult to change them. If we put all of our efforts into trying to reach out to communities that are spread so thinly, our efforts can be washed away. Frankly, the biggest problem we face in these rural communities can be summed up in a few words: Fox News and conservative radio. For years, these areas have been served by constant conservative talking points with no real rebuttal. To undo that is not something that can happen overnight.

What we can do, however, is make a dent in the difference in voting patterns. When you look at the map above, you’ll see a lot of pink. These are areas that Trump may have won, but he isn’t winning them in nearly the runaway numbers that other Republicans have in the past. Winning a statewide race is often about staying within certain margins in rural districts and running up margins in Democratic areas.

This is where our confusion over land-equals-votes gets us in trouble.

Running up the vote in urban areas is not enough

Large land areas and low population can still change the outcome of an election due to the more reliable voter turnout, and, frankly, voter suppression techniques being put to use in BIPOC communities. How does the math on this work out?

Now let’s go to a rural district, where 80% voter turnout is frequent. They have fewer voters at only 12,000 potential voters. They vote at that 80% clip, which is 9,600 voters. The county goes 80-20 for the Republicans. That’s 7,680 votes for the Republican, and 1,920 Democratic votes, so a 5,760 voter margin for the Republican candidate. In one tiny county, Republicans make up a huge amount of the difference in comparison to a low-performing urban community. You have to develop a plan that builds in rural areas and grows in suburban areas.

Undoing this edge is important. Raising the turnout percentage in urban communities is a big key to helping this margin stand. Making sure that the rural high-turnout communities aren’t so overwhelmingly Republican can make a huge difference in hopes for statewide Democrats everywhere.

Now that we know the problem, there are a few solutions. The first is to change the expectations of what constitutes a win. Converting bright red districts to pink is beautiful. It means we’re making changes that help get voters to the polls, and we’re speaking more directly to them.

The second is that we have to reevaluate our methods to win in rural communities. Suburban and urban areas welcome canvassing. Meanwhile, it’s difficult to walk a rural area where homes can be tens of miles apart and your entire state House district can be as large as some east coast states due to the way households are spread apart.

Many Democrats in rural communities have better things to do than go to a Saturday morning county party meeting that requires a serious drive in a car. What can you do to make sure these rural people vote? Outside of having candidates on the ballot, rural voter registration of Democratic communities—especially Latino workers who have been systematically disenfranchised—can make a big difference. Despite what you may have been told, there are also strong communities, especially in the South, that can be large, blue, rural communities.

a lot of folks in Georgia worked hard over the course of months and years to make the Senate runoff victories that led to this stimulus package possible. I spoke to a few of them just after the Warnock/Ossoff victories in January: https://t.co/1KKfWcAO5l

If you count on coming in last minute to a rural community and having success, you are going to fail. You have to have a long-term plan. Along the way, you will have those who will be naysayers; you may have those who tell you this is a waste of resources. Time, however, proves this wrong. Commit to year-round efforts everywhere to make an impact.

Organizing voters in rural areas means “not just dropping in and parachuting into these communities because it was an election, but actually working with these folks on the ground year-round,” Jenkins said. “We aren’t deciders, we aren’t saviors, we’re coming in to build power with leaders, with institutions that already exist,” said Ufot. That can mean unions, synagogues, churches, the local NAACP, and Black fraternities and sororities, many of which have been doing the work of civic engagement without the immense amounts of funding the runoff elections drew this year.

A sustained level of funding and resources will be key to any long term effort to engage rural voters and keep rural Black communities at the forefront of advocacy and policy work, organizers said. “That will provide education, that will provide resources, that will provide jobs so that we can keep this momentum going,” said Jenkins.

There are a lot of organizations that can help, work, and communicate frequently, not just through social media but in person or virtually. Show up at 4H and county fair events. Be present to listen. Don’t just disappear. Only that sustained effort pays off. Do you doubt it? Then ask the two new senators from Georgia.