Insurrectionist wants to be tried in Texas, not in the town she terrorized 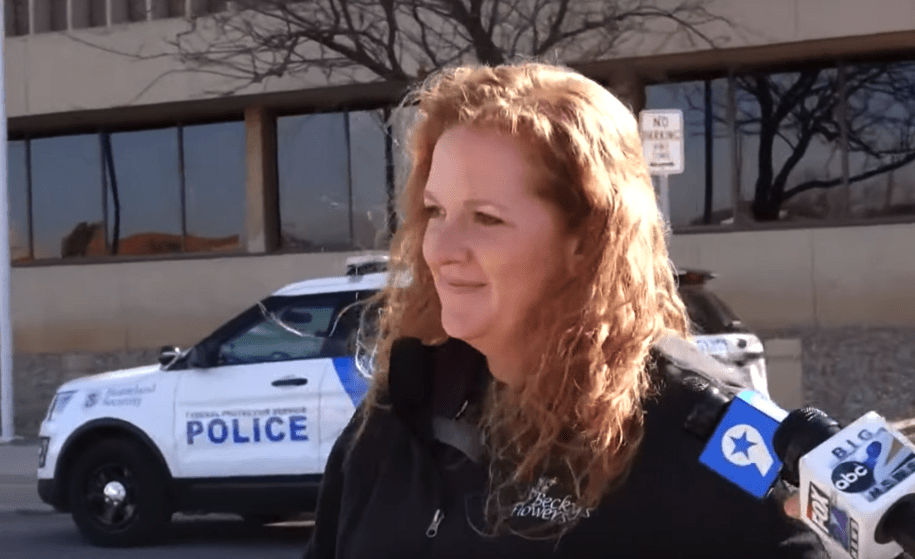 Hey, I get it. If I’d tried to overthrow the legitimate government of the United States, I probably wouldn’t want to be tried in Washington, D.C., either. Because, you know, Washington residents tend to frown on such hijinks.

So it only makes sense that Jenny Cudd, the (alleged) insurrectionist who used her white privilege card to travel to Mexico post-indictment for a weekend retreat with her employees, would rather be tried in her home state of Texas, where the jury pool is more likely to consist of a plurality of unreconstructed Trumpaloompas.

Well, Jenny demands to see the manager of, erm, the federal government, because it’s so not fair that she should be judged by the people who live in the very city she terrorized.

An attorney for a woman who bragged in a Facebook live stream about storming the U.S. Capitol on Jan. 6 asked a federal judge Wednesday to move her case from Washington to near her home in western Texas, saying a more Republican-friendly jury would decide her guilt or innocence more fairly.

Jenny Cudd, a 36-year-old florist and former mayoral candidate from Midland, Tex., has been indicted on five counts including obstruction of an official proceeding, trespassing, disorderly conduct, and parading, demonstrating or picketing in the Capitol building.

“Pretrial publicity and community prejudice in Washington D.C. is so likely to have affected the jury pool that the [entire panel] must be presumed as tainted,” Cudd’s attorney Marina Medvin argued.

Okay, again, I get it … but Texas? The jurors are more likely to bake her a cake than convict her. These folks elected Ted Cruz and Greg Abbott. I think their judgment is suspect.

Medvin also stated, “The facts of this case center around Donald Trump and his supporters. The evidence in this case is emotionally political in every respect. But the jury who would hear the facts in Washington, D.C. is the most politically prejudiced jury in the entire country (against Trump).”

The Post notes that Cudd’s request for a change of venue is unusual. Not only is it believed to be the first such request from among the more than 300 people who have been charged in connection to the Jan. 6 Capitol riot, it would also go against protocol because federal law “usually requires that defendants be tried where a crime occurred, and the U.S. attorney’s office and FBI field office for Washington have spearheaded the sprawling investigation.”

Hmm, yeah, we are divided. I wonder why. Of course, if you don’t want to be tried by Democratic jurors, maybe launch your next insurrection in Idaho or Wyoming.

I have little sympathy for Cudd. For one thing, she advertised her (alleged) guilt. She livestreamed her actions on Facebook and declared, “We did break down … Nancy Pelosi’s office door.” She also admitted that she “charged the Capitol today with patriots” and boasted, “Hell yes, I am proud of my actions.”

That’s like the Zodiac Killer putting his name, address, and Social Security number in a Highlights for Children word search puzzle.

Not only that, Cudd has apparently shown little remorse. Aside from going on a sweet Mexico vacation that even stalwart patriots like Ted Cruz couldn’t pull off, she’s whined that the people who turned her in were trying to “cancel me because I stood up for what it is that I believe in,” and complained that the response to her actions “is 100% cancel culture.”