‘He gonna be sore’: Louisiana troopers brag about ‘whoopin’ inflicted on Black man for running 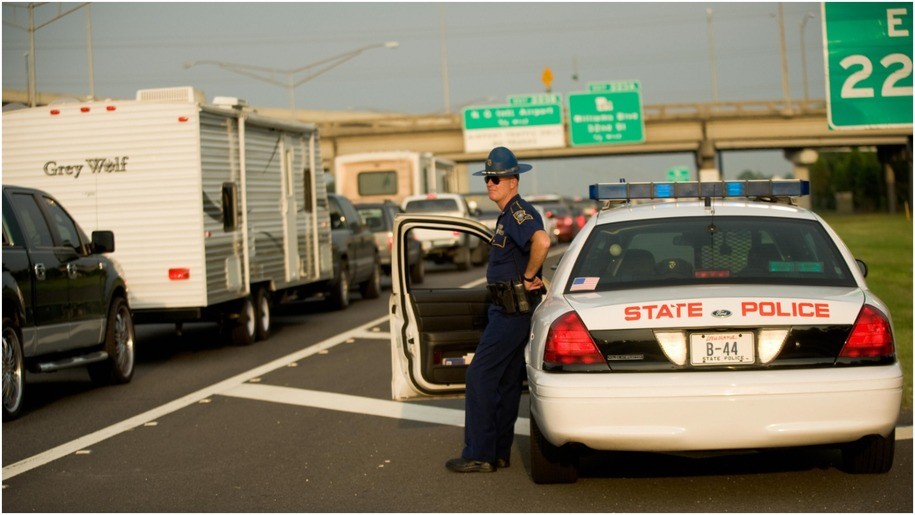 A Louisiana State Patrol trooper, reportedly caught bragging in text messages about beating a suspect, was arrested with two other troopers on excessive force allegations. Troopers Dakota DeMoss, Randall Dickerson, and George Harper were arrested on February 8 on criminal charges associated with not only excessive force but allegedly trying to hide their actions, the media site Sound Off Louisiana reported. The site revealed a telling text thread that was part of the arrest warrant for DeMoss. In the thread between DeMoss, Harper, and fellow troopers Larry Shappley and Jacob Brown, the men joked about the “ass whoop in” 29-year-old Antonio Harris was subjected to before being taken to jail.

“How was his attitude at the jail?” Brown asked in one text message. “Complete silence,” Harper responded. DeMoss: “lol he was still digesting that ass whoopin”

Brown continued the conversation by suggesting “its gonna take him a couple days” to get over the beating and that “he gonna be sore tomorrow for sure.”

“BET he wont run from a full grown bear again,” Brown added, to which DeMoss responded: “Bet he don’t even cross into LA anymore”

The troopers went on joking and making light of brutality in the texts listed in DeMoss’ warrant:

Dakota DeMoss “he’s gonna have nightmares for a long time”

Jacob Brown “lmao…..warms my heart knowing we could educate that young man”

The exchange happened after Harris, who was identified in court documents, surrendered to authorities following a high-speed chase last May in Franklin Parish. DeMoss, Harper, and Brown were accused of deactivating body-cameras and beating Harris after he “immediately surrendered,” The Associated Press reported. Brown, who faces allegations in that case and another, resigned Wednesday, while DeMoss and Harper were put on administrative leave.

Brown is also accused along with Dickerson of beating a Black man pulled over for a traffic stop on July 16, 2019, in Ouachita Parish. Dickerson allegedly hit the man five times “towards his head” and kneed him allegedly after suspecting narcotics in his vehicle, according to court records the television station KNOE obtained. Louisiana State Police said in a statement the news station WBRZ obtained: “After effecting the arrest, Troopers Brown and Dickerson utilized excessive and unjustifiable force on the handcuffed driver, deactivated body worn cameras, and reported untruthful statements regarding the alleged resistance by the suspect.”

Brown, DeMoss, Dickerson, and Harper were charged with simple battery and malfeasance in office stemming from the 2019 and 2020 incidents. Brown is additionally accused of falsifying a use of force report in Harris’ arrest, earning him an obstruction of justice charge, state police said. “The unjustifiable use of force by our personnel is inexcusable and tarnishes the exemplary work of our dedicated men and women of the Department of Public Safety,” Louisiana State Police Superintendent Lamar Davis said in the statement. “I commend our investigative team for their diligence and professionalism during this investigation. Our agency remains committed to upholding the public trust and providing professional, fair, and compassionate public safety services.”

All four troopers were released on bond less than 24 hours after their arrest, WBRZ reported. Sadly, the alleged actions of the troopers arrested represent just a sliver of the injustices Black Louisiana residents have been forced to live with for years.

In one incident in May of 2019, a gruesome body-camera video shows Master Trooper Kory York dragging Ronald Greene “on his stomach by the leg shackles” after a high-speed chase and subsequent arrest, according to internal records the AP obtained. “You’re gonna lay on your f—–g belly like I told you!” the trooper said at one point in the footage. Greene, a barber, later died in police custody, and the official response was to try to hide the video from the public and instead claim Greene died as a result of injuries in a car crash, the AP reported.

Mona Hardin the mother of Ronald Greene was was killed by Louisiana state police. Listen to the words of Ms. Mona Hardin and Attorney Lee Merritt (@leemerrittesq). A hurricane may be hitting Louisiana today, but our storms won’t be over until justice is a reality for all. pic.twitter.com/tf6VVKEL8I

Lee Merritt, an attorney for the Greene family, said flat out “police lied” during a press conference last October. “Ronald immediately surrendered at his first contact with law enforcement. When the vehicle stopped, he put his hands up and said, ‘I’m sorry,'” Merritt said. “His dying words were, ‘I’m sorry.'”

Louisiana Governor John Bel Edwards needs to release the tapes of Ronald Greene’s brutal murder, otherwise he is complicit in the coverup! Louisiana, we need to send a message to the south and this country! WE ARE DONE BEING QUIET! #NoJusticeNoPeace #BlackLivesMatter pic.twitter.com/DmlulXtN0g

The punishment authorities thought was most fitting for York was 50 hours of suspension without pay. Trooper Chris Hollingsworth, who admitted to brutalizing Greene in the incident, was at least fired and soon after died in a single-vehicle crash, the AP reported. Another body-camera clip shows Hollingsworth telling a peer: “I beat the ever-living f— out of” Greene before he “all of a sudden he just went limp.”

He didn’t know he was recorded admitted to beating Ronald Greene. But Greene’s death was initially reported to be injuries sustained when his car crashed into a tree. Answers are demanded fro Louisiana State Police…https://t.co/G7mOdVrnVe pic.twitter.com/lZezyEUBdv

DeMoss was also linked to Greene’s arrest. Louisiana activist Gary Chambers tweeted on Oct. 19, 2020: “Killers. That’s how they should be identified. Troopers Kory York and Dakota Demoss were the other two Louisiana State Troopers who killed Ronald Greene. York and Demoss along with the now deceased Trooper Chris Hollingsworth savagely beat #RonaldGreene.”

Chambers added: “They used their tasers on him repeatedly. They beat him bloody. They drug him by his ankles in hand cuffs. They washed the blood off their hands and made horrible statements. They kept their jobs.”

They used their tasers on him repeatedly. They beat him bloody. They drug him by his ankles in hand cuffs. They washed the blood off their hands and made horrible statements. They kept their jobs.