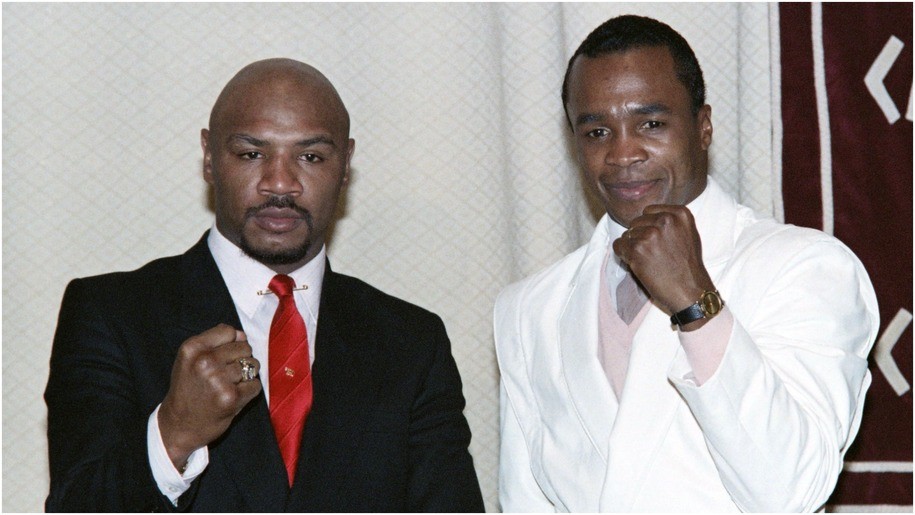 Following the death of famed boxer “Marvelous” Marvin Hagler on Saturday, anti-vaxxers used news of his death and knowledge of his recent COVID-19 vaccination to jump to some pretty lofty conclusions that his widow is now attempting to disprove. Kay Haglar said in a statement posted to his Facebook fanpage on Monday that it “For sure wasn’t the vaccine that caused his death.”

Misinformation and flat-out lies about coronavirus vaccinations have been hampering efforts to vaccinate Black and Hispanic communities, which have been disproportionately affected by the virus, according to The New York Times.  When a local community group in San Jose, California, came across resident George Rodriguez in its work to attract Black and brown people to COVID-19 vaccines, the effects of that misinformation became apparent. “I see all this stuff online, about how it’s going to change my DNA. It does something to your DNA, right?” he asked. “There is just too much stuff out, too much conflicting information. And then I hear that even if you get the vaccine you can still get sick. Why would I get it, then?” Let me just say, although there’s been no evidence that the COVID-19 vaccines alter DNA, Rodriguez’s worries aren’t illogical in a country with a proven history of experimenting on people of color.

Atlanta Black Star, a Black culture and news site, documented eight examples of Black people being used as guinea pigs in the United States. The site’s report included 19th century physician James Marion Sims using Black slaves for research experiments and the Tuskegee Institute and the Public Health Service, which in the name of science allowed hundreds of Black men with syphilis to go untreated even though treatment was available.

“What might look like, on the surface, as doctors prioritizing communities of color is being read by some people online as ‘Oh, those doctors want us to go first to be the guinea pigs,’” Kolina Koltai, a University of Washington researcher, told The New York Times. “I’ve seen people on Facebook, Twitter, YouTube, Clubhouse — you name it — saying the codes are a way to force the vaccine on communities of color as an experiment.”

A Pew Research Center study shows that although 81% of Black people view the pandemic a “major threat to public health,” only 61% say they will “definitely or probably get” vaccinated. That number is 69% for white adults and 70% for Hispanic adults, the research center reported on March 9. ”Black adults express less confidence in the coronavirus vaccine research and development process – a judgment closely aligned with intent to get vaccinated,” the research center wrote. “Among the 34% of Black Americans with low trust in the vaccine (research and development) process, just 26% say they will get a vaccine or have already done so; 72% say they will not.”

Of six different potential reasons why they likely won’t get a COVID-19 vaccine, 84% of Black people surveyed listed concerns about side effects as a major reason. Just less than 75% listed the fact that the vaccines were developed and tested so quickly as a major reason, and 50% blamed mistakes from the medical care system in the past as major reasoning for avoiding the vaccine.

In 66-year-old Marvin Hagler’s case, the misinformation about his vaccination being linked to his death is the result of an Instagram post boxer Thomas Hearns posted and later deleted, according to Yahoo Sports. Hearns claimed in the post that the late boxer had been in an intensive care unit after receiving the vaccine, which media sources including The Daily Mail and Fox News ran with.

I would like to speak with my heart to all of you. I apologize if my English is not written correctly but I hope everyone understands me in this difficult moment .
After 31 years the love of my life is gone and my life without him no longer makes sense ,but I can feel him next to me even now and he’s telling me not to give up and be strong for him .
Thank you for your love , he loved people so much, he loved you all he was happy when he read your comments he was a special person the most beautiful person i had ever met in all my life .
I was the only person close to him until the last minute , and I am the only person that know how things went not even his family know all the details and I do NOT accept to read some stupid comment without knowing really what happen . For sure wasn’t the vaccine that caused his death . My baby left in peace with his usually smile and now is not the time to talk nonsense .
Marvin hated funerals and therefore there will be no funerals or church celebrations he wants to be remembered with a happy smile but I would be happy if each of you can light a candle for him .However there is something special that I will do because it was his wishes and you will be informed at the right time by me I just need time .
Thank you all for your love
Kay G. Hagler

Although Aaron, an 86-year-old renowned baseball right-fielder, died 17 days after announcing he had been vaccinated at the Morehouse School of Medicine, the founding dean of the school ruled out the vaccination as the cause of Aaron’s death. “That was a pure coincidence,” Dr. Louis W. Sullivan told The New York Times. The Fulton County medical examiner also told the newspaper there was no evidence Aaron had an “allergic or anaphylactic reaction to the vaccine.”

In fact, the Morehouse School of Medicine enlisted change-makers like Aaron and former United Nations ambassador Andrew Young in the hopes of inspiring people of color to get vaccinated, The New York Times reported. “They marched to the polls to secure our rights,” Morehouse School of Medicine Dean Valerie Montgomery Rice told the newspaper in a statement. “And now, they are rolling up their sleeves to save lives.”

RELATED: Why Are Black Americans Skeptical of New Vaccines?

RELATED: Health experts weigh in on their efforts to reverse vaccine distrust in the Black community