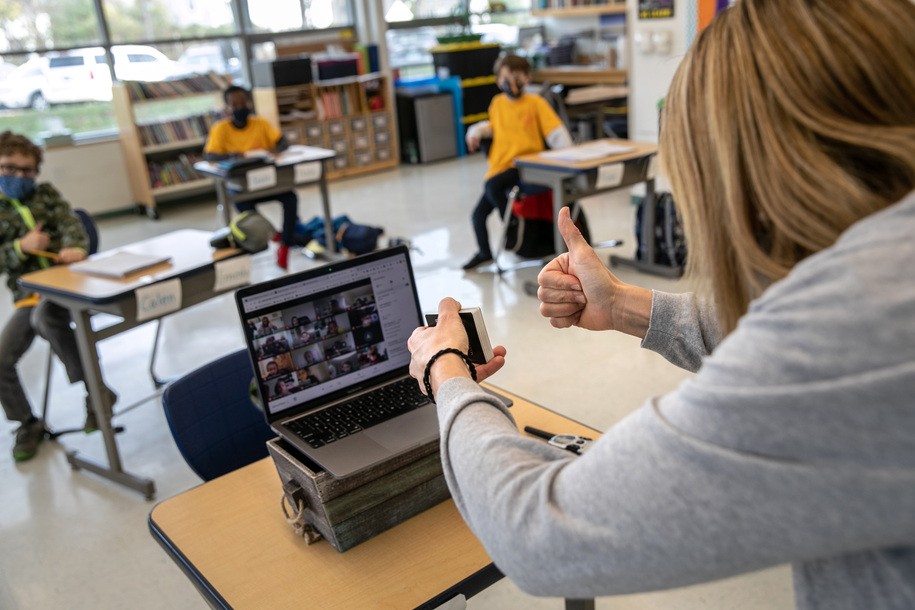 State and local governments hemorrhaged jobs in the early months of the coronavirus pandemic, and the damage remains: Employment in that area remained at 1.4 million jobs, or 7%, lower in February 2021 than it was in February 2020. Three states—New Hampshire, Nevada, and Maine—have seen state and local government jobs drop by 10% or more. In a majority of states, it’s 5% or more.

Enter the American Rescue Plan, which includes $220 billion in funding for state and local government as well as nearly $130 billion for schools—which account for 47.4% of local government employees. Other state and local government workers include law enforcement, fire fighters, secretaries, janitors, dispatchers, paramedics, bus drivers, nurses, personal and home care aides, lawyers, and judges. Those jobs—and the services they provide and infrastructure they maintain—will be protected by this money, and the jobs saved are disproportionately likely to be held by women and Black workers. Critical services, too, will be saved because Democrats passed this law.

Public colleges and universities in 22 states have seen $1.9 billion in cuts, leading to more than 304,000 layoffs, with job losses falling disproportionately on the lowest-paid workers—again, often women and people of color.

In a telling sign about who the COVID-19 economy has hit the hardest, state and local government revenue shortfalls have been smaller than forecast because it’s been low-income people who suffered the most, leading to less loss of tax revenue than if the same number of high-income people had lost jobs. But, as the Economic Policy Institute’s Josh Bivens notes, that means the need for services and public assistance has grown, with, for instance, higher Medicaid enrollment. When people who are already struggling economically lose their jobs, their needs come right away.

The needs are clear—and now state and local governments need to make good decisions about what to do with the money. Senate Democrats made a key move on that front when they added an amendment to the American Rescue Plan blocking the lower-level governments from using the federal money for tax cuts. They did that because, Sen. Ron Wyden explained, the money is “to keep teachers and firefighters on the job and prevent the gutting of state and local services that we saw during the Great Recession,” and it’s therefore “important that there are guardrails to prevent these funds from being used to cut taxes for those at the top.”

Republicans are whining about that preemptive strike by Democrats, and trying to pass a bill to reverse it. But one thing to keep a close eye out for will be Republicans—not a single one of whom voted for the COVID-19 relief law—trying to claim credit. We’ve already seen that in other areas of the law, like Sen. Roger Wicker taking credit for aid to restaurants. He did sponsor legislation to aid the restaurant industry, and he voted for the amendment adding it to the American Rescue Plan. But he voted against the law as a whole, so no, he doesn’t get credit. Same goes for Rep. Maria Elvira Salazar, who is taking credit for a Biden administration action as her own “bipartisan COVID relief bill.”

When it comes to state and local aid, look for Republicans showing up at ribbon-cutting events for infrastructure projects, or touting school reopenings made possible by the new funding, or claiming to have done anything at all to protect jobs. In 2009, 114 Republicans played this game, taking credit for projects funded by the stimulus they had opposed. Republicans have not gotten less hypocritical since that time, it’s safe to say.

Everyone, and especially the local media who will likely be getting those Republican press releases taking credit, needs to be clear: Democrats made this happen, from the individual $1,400 payments to the extended and supplemented unemployment insurance to the money for schools and state and local governments. Republicans get zero credit.