After months of pressure from advocates, detained immigrants in California now eligible for vaccine 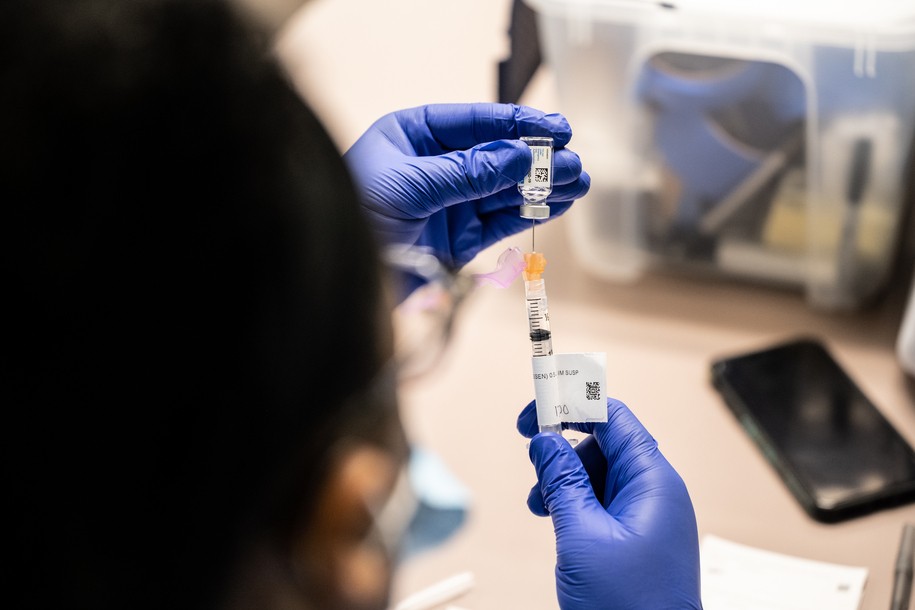 California public health officials say that people in federal immigration detention in facilities located in the state will now be eligible to receive the COVID-19 vaccine, KQED reports. State health officials said in an announcement that individuals “who reside or work in a high risk congregate residential setting, such as an incarceration/detention facility,” which would include people in Immigration and Customs Enforcement (ICE) custody, would now be prioritized for the vaccine.

The decision is a lifesaving one for detained people and their advocates, who have been pushing for their inclusion—and at many times, just any sort of clarity on a rollout plan—for months. “This news comes almost 90 days after our organizations led a letter to state officials on this issue outlining our concerns and highlighting the perspectives of individuals in detention,” Immigrant Defense Advocates and California Collaborative for Immigrant Justice said.

“Nationally, ICE’s plans for vaccinating the roughly 14,000 people in its custody have caused confusion,” Mother Jones reported earlier this month. “ICE has often implied that it’s up to states to provide vaccines for immigrant detainees. States, meanwhile, have often assumed ICE is handling the vaccinations.” Caught in the middle of this bureaucratic finger-pointing are detained people in facilities that have been experiencing some of the worst outbreaks in the nation.

“The coronavirus has swept through all seven detention centers in California, infecting more than 600 people held in the facilities since the pandemic began,” KQED said. “More than a dozen detainees diagnosed with COVID-19 are currently in isolation or being monitored, according to ICE figures.” Indeed, one recent report said that detained immigrants are 13 times more likely to contract the virus than the general population.

Advocates sent state officials a second letter at the end of January after receiving no response. “In addition, it appears that ICE has committed to vaccinating its own personnel as well as staff in detention facilities, without providing any plan to vaccinate those detained,” Immigrant Defense Advocates and California Collaborative for Immigrant Justice noted in that second letter.

The organizations said in a release this week that “[w]hile we commend California policy-makers in providing individuals access to a life-saving vaccine, we must remain vigilant in working to ensure that the distribution of vaccines in detention does not serve as a basis for the expansion or prolonged detention of individuals, and should not serve as an alternative to the liberation of individuals from these cruel, unjust and unnecessary detention facilities.”

Both immigrant rights advocates and public health experts have criticized the cruel, ongoing detention of immigrants amid the novel coronavirus pandemic. ICE’s refusal to just allow detained immigrants to shelter in their own homes and communities has been responsible for worsening the nation’s numbers by hundreds of thousands of cases, one report found. But while California’s move is a human rights win, detained immigrants are still vulnerable elsewhere.

Just this month, a federal judge in New York slammed officials for continuing to fail to protect immigrants detained at the Buffalo Federal Detention Facility in Batavia, the site of another major outbreak. Officials there had claimed they haven’t been able to get vaccines from state health officials. But when advocates suggested booking outside appointments that ICE could then take them to (ICE already does this for certain medical appointments), officials balked. “You’re doing nothing to get them the vaccine,” Mother Jones reports Judge Lawrence Vilardo told officials. “Nothing. Zero.”

“The delays and confusion with respect to providing vaccine access to this population is a reflection of how invisible they are to our political process,” Immigrant Defense Advocates Policy Director Jackie Gonzalez said. Advocates said they will continue pushing for more specifics on officials’ plans. “We will continue to fight to ensure that they are not excluded from any discussions on equity and access. California must continue to lead on this issue, as a state we need to do better.”