From vaccinations to in-person school, Charlie Baker has showed how much he hates teachers 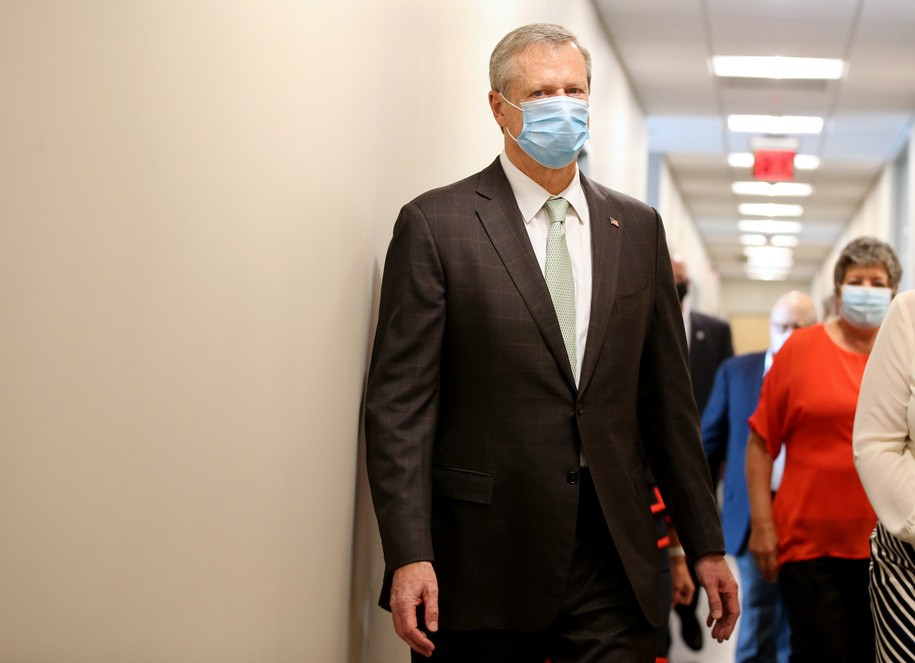 The COVID-19 vaccination rollout has given Massachusetts Gov. Charlie Baker, a supposedly moderate Republican, several chances to show the depth of his antipathy to the state’s teachers, and he has taken every one of them. In January, he moved teachers down the prioritization list for vaccination, leaving them behind their peers in other states. In March, following President Biden’s call for teachers to be vaccinated—and pharmacies in a federal vaccination program making teachers eligible in response to that—Baker grudgingly followed suit, making his resentment clear by framing teachers as pushing back the more worthy groups that had already been eligible for vaccination in the state.

When teachers asked for the doses they were already eligible for—thanks largely to Biden—to be administered in local communities rather than at mass vaccination sites, a senior adviser made Baker’s implication explicit, saying: “The teachers’ unions continue to demand the Commonwealth take hundreds of thousands of vaccines away from the sickest, oldest and most vulnerable residents in Massachusetts and divert them to the unions’ members, 95 percent of which are under age 65.”

This all came as the Baker administration relaxed restrictions on indoor dining and performance venues, and pushed relentlessly to force schools to reopen in person even as coronavirus transmission in most of the state’s counties remained too high for reopening under Centers for Disease Control and Prevention (CDC) guidelines. It came as the Baker administration pushed—over the objections of not just teachers unions but also the Massachusetts Association of School Superintendents and the Massachusetts Association of School Committees—to hold high-stakes standardized testing despite the disruption and trauma of the past year. In fact, many observers link the current strong push to get schools open in person to the push to administer standardized testing.

In his surliness over vaccinating teachers, Baker also repeatedly cited the amount of vaccine available to the state, the implication being that Biden was forcing the state’s hand on teachers while not providing adequate doses. The state was only getting 150,000 doses a week, Baker said, and that wasn’t going to change in any significant way in the month of March.

So it was fascinating when this week, the state announced that rather than the expected 155,000 doses, Massachusetts had gotten 170,000 doses, including 8,000 unexpected one-shot Johnson & Johnson vaccines. But it was more fascinating when a state spokesperson characterized that as a “modest increase” that wasn’t significant. That is, of course, about 10% more than anticipated—depending how you calculate those 8,000 one-dose vaccines—and what was anticipated was already slightly higher than Baker had said just a week earlier would be the weekly amount for the rest of the month.

It feels an awful lot like the Baker administration is so committed to demonizing teachers that it will not admit when things are looking up, vaccine-wise. And then, after all that whining about teachers stealing other people’s doses, the state on Wednesday released a timeline for opening up further eligibility tiers for vaccination, with people age 60 and older and some categories of worker becoming eligible on March 22, just 11 days after teachers supposedly throttled access for the state’s most vulnerable elders.

Meanwhile, Baker’s push to reopen schools in person is happening not just with an overtly hostile approach to teachers, but without consulting school committees and with the barest pretense at concern for equity. Significantly, the state Board of Education votes against mandatory reopening came from the student, parent, and teacher representatives on the board—the members over whose selection Baker had the least control.

As one Cambridge parent and celebrated author tweeted recently:

The Cambridge families/educators of color coalition group found earlier that lower-income families and families of color were LEAST likely to feel safe sending their kids back in. So… guess who will be stuck learning remotely?

Tracy O’Connell Novick, a school committee member in Worcester, Massachusetts, wrote a powerful letter to her representatives in the state legislature highlighting both the Baker administration’s power grab on school opening and its lack of care for equity.

“The Commissioner does not have the authority to reverse the state funding law based on his capricious definitions of time on learning, where days until the first week of April can be funded for elementary students, however delivered, but cannot be funded after the first week of April, if delivered other than he dictates. Yet, as you know, this is just what he has explicitly threatened,” she wrote.

The coronavirus pandemic has revealed just how weak Charlie Baker’s claim to being a good manager is. There was the day in early March he told the people of Massachusetts not to worry and then headed to the airport for a ski vacation while the state lost a week in the fight, ultimately becoming one of the national if not global epicenters of the virus. There’s been so much conflicting messaging, with schools pressured to reopen and even as Baker moralized about social distancing in other settings (without putting into place the tough restrictions that might have enabled schools to go in-person safely). The early weeks of vaccine distribution—here in the state where vaccine maker Moderna is headquartered—were a shambles, as Baker abandoned a mass vaccination plan the state had spent decades refining and hired start-up companies to run mass vaccination sites on no-bid contracts. Public health leaders across the state say the process has poorly served their communities and wasted millions of dollars. The state’s vaccine sign-up website crashed on the day eligibility opened up to people 65 and older.

It’s been one form of mismanagement after another from a guy whose brand was amiable technocrat. And always, always, Baker has turned to demonizing and scapegoating teachers to distract from his own failures.