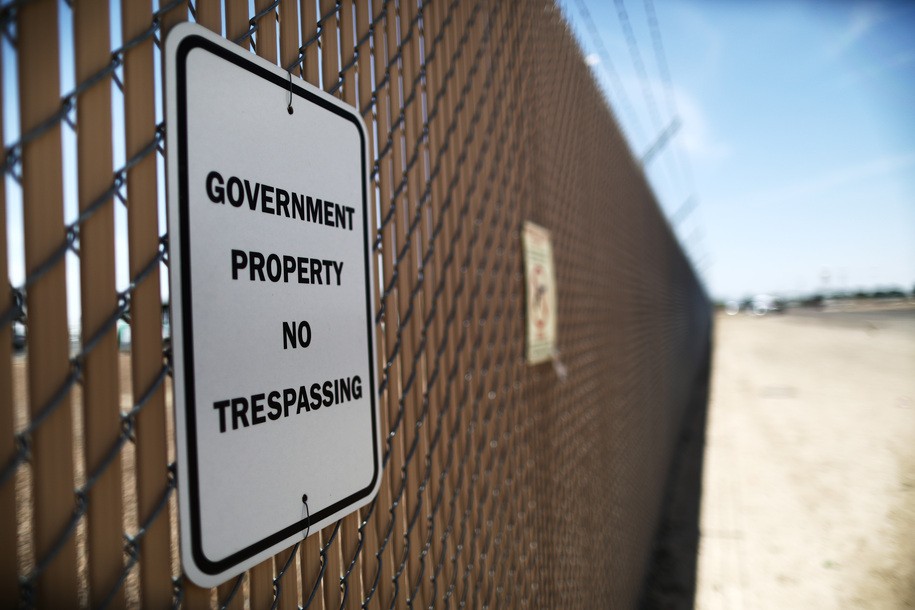 CNN reports that the Biden administration has, with the assistance of the American Red Cross, begun to temporarily hold some asylum-seeking children at a large convention center in Dallas as part of an effort to keep kids out of harmful Customs and Border Protection (CBP) facilities while they await transfer to Health and Human Services (HHS) for placement with a sponsor.

“As a neutral and impartial humanitarian organization charged to alleviate human suffering, the American Red Cross is currently helping meet basic needs of unaccompanied children in Texas, until they can connect with a relative or sponsor here in the United States,” a statement said. “Red Cross volunteers with training in sheltering operations and COVID-19 safety, supporting FEMA and ORR to address basic needs after their difficult journeys north.”

Children who arrive to the U.S. without their parents are supposed to be transferred from CBP to the custody of HHS’ Office of Refugee Resettlement (ORR) within 72 hours, but as many as 3,000 kids have been held past that limit in recent weeks. NBC News reports that as many as 500 children have been held for as long as 10 days in these facilities, which Department of Homeland Security Secretary Alejandro Mayorkas has publicly said “is no place for a child.”

According to CNN’s report, the convention center has been opened as “an emergency intake site” that can hold up to 2,000 kids as they wait to be transferred to ORR, which currently has about 9,500 children in its custody. The Red Cross said in its statement that “[t]o help protect these youth and our volunteers, the Red Cross will adhere to all current COVID-19 safety practices—including temperature and health checks while in a shelter, social distancing of cots, and mask wearing at all times.”

The number of children arriving to the U.S. without their parents has been ongoing for several years now, many coming from Guatemala, Honduras, and El Salvador, and “who have felt like they had to flee because they did not feel safe, and they did not feel like their governments could protect them,” Kids in Need of Defense (KIND) Vice President for Policy and Advocacy  Jennifer Podkul tells Mother Jones. The previous administration similarly saw a large number of kids asking for help, but implemented anti-asylum policies blocking them from their asylum rights.

“[U]naccompanied children were told that they were not allowed to ask for protection in the US, and if they ever tried to, they were dumped in Mexico. There was this artificial backlog of children who had been waiting in Northern Mexico,” Podkul said in the Mother Jones report. “The Biden administration decided they’re going to comply with the law and allow unaccompanied children to present themselves, and they’re dealing with the repercussions of the harm that was caused by the previous administration.”

Podkul said in the report that possibly as many as 100,000 children could arrive to the border to ask for safety. She said KIND and other advocates are urging the Biden administration to continue shifting away from the harmful policies of the prior administration and to use the federal government’s vast resources to ensure the safe, humane, and lawful treatment of children in U.S. custody. “Anytime a child is in government custody there has to be the highest of standards and absolute transparency and accountability,” she continued in that report, touching on the announced reopening of prison camps criticized by advocates.

“The concern with the influx facilities is that they’re not licensed by the state, so you’ve lost one of your checks,” she said. “Domestic child welfare has moved away from relying on large congregate care for children and has said it’s more appropriate to house children in smaller facilities. There are a lot of people who are concerned that these influx facilities are just way too big to adequately provide quality services and good protection for children.”

The criticism from advocates appears to have been heard, with President Biden reportedly backtracking on the reopening of one of these facilities. The prison camp for children in Homestead, Florida, “was the subject of national outrage in 2019 because of reports of sexual abuse, human-rights violations, overcrowding, and negligent hiring practices,” Miami New Times reported last month. While it was unclear who would now be operating the camp, the for-profit company that previously ran it had ties to former White House Chief of Staff John Kelly.

“The administration needs to be working on two tracks,” Podkul continued. “In the short term, they have to get those kids out of border patrol stations and into loving homes as quickly as possible. Simultaneously, they have to prioritize reimagining the system. Is the reception of migrant children the way it really should be, or could the US do better?”