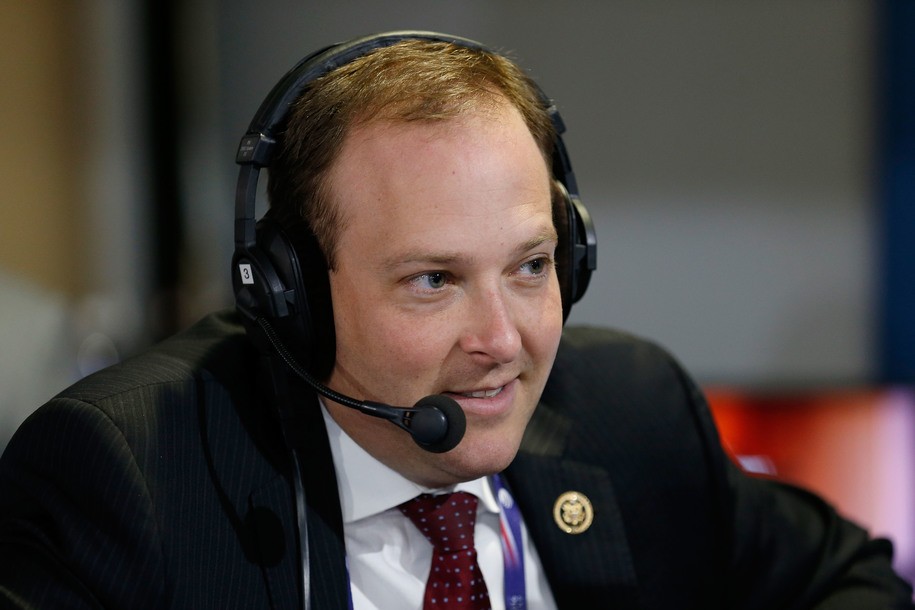 Do these people think they’re going to turn to stone if they tell the plain truth about the 2020 election? Republicans these days act as if the Eye of Sauron is always looking, looking, looking, and if they dare mention Donald Trump’s name in vain, the Mar-a-Lago Nazgul will be dispatched to pelt them with half-empty Diet Coke cans and partially masticated McRibs.

New York Republican Lee Zeldin was a member of the congressional craven caucus that voted against certifying the 2020 presidential election results in Arizona and Pennsylvania. Remarkably, his vote came after the Jan. 6 Capitol riot that he almost certainly heard about. I mean it was all over the news, right? And yet he kept the treason drumbeat going.

And now he’s a wee bit irritated that journalists have the temerity to ask him what in the fuckity-fuck he was thinking.

Now, I’m glad I don’t have to weigh basic assertions about consensus reality against the moldering barge ballast that is Donald John Trump. That kind of cognitive dissonance could break one’s head. Or at the very least lead to testy exchanges like this one between Zeldin and POLITICO reporters Ryan Lizza and Tara Palmeri.

We interviewed Rep. Lee Zeldin (R-N.Y.) this morning. But when @playbookdc co-authors @ryanlizza and @tarapalmeri asked him to acknowledge that President Biden fairly won the election, things got a little heated. More in Playbook PM 👉 https://t.co/CxJkDG5KwG pic.twitter.com/ooXN6dM8wc

LIZZA: “[Laughs] ’Is’ or ‘won’? … I asked it very intentionally that he won the presidential election.”

ZELDIN: “Yes, and then I went on to continue and answer. If you’d like to give my answer for me, you can go ahead and do that, but I thought was gonna be here to answer my own questions.”

LIZZA: “No, no, I’m not giving your answer. I’m just saying, you said he is the president, and I was asking did he win the presidency?”

ZELDIN: “Okay, you’re now asking me for a third time and I’ve said yes twice, so I don’t know how many more times you want me to say yes and what your agenda is, uh, but really it’s a bit ridiculous to be asking me a third time, but please go ahead and ask me again.”

PALMERI: “He’s just clarifying the answer, to make sure that he has it right.”

PALMERI: “I wouldn’t call that a question.”

ZELDIN: “Go for a fifth time next, too.”

Or … he could have simply said, “Of course I can. Joe Biden won.” Instead he has to be an asshole about it.

Note that Lizza didn’t ask if Biden won “legitimately.” Zeldin might have folded himself into a Transformers action figure and wheeled himself off camera if that had happened. Or immediately pulled a Sean Spicer.

But, hey, if this is how these quislings are going to behave whenever they’re questioned about the attempted overthrow of the legitimate U.S. government at the behest of a failed, unnaturally hued serial loser, maybe they should all be asked this question. Like, every day. Until they give clear, non-mealymouthed answers without acting like ferociously drunk howler monkeys on their first night in Vegas.

It may not make them better legislators, but it sure would be entertaining.