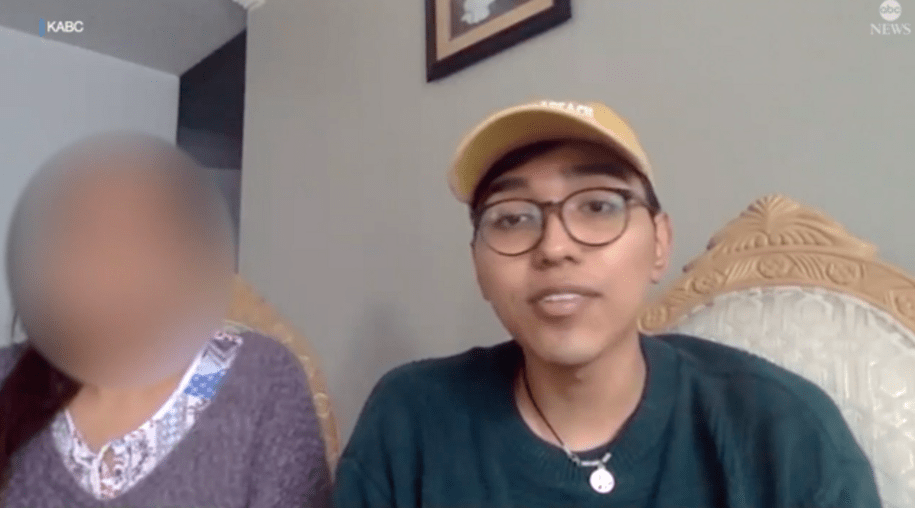 After being waitlisted, Southern California resident Sebastian Araujo’s mom immediately snatched up a COVID-19 vaccine appointment as soon as a slot had opened up. But Araujo said in a viral Twitter thread that got the attention of local and national outlets that his mom, Graciela, who is undocumented, was rejected at the drug store chain where she had been scheduled to get her shot.

“Araujo said a pharmacy employee at a Mission Hills Rite Aid asked his mother for a social security card or other government ID. She provided a foreign consular ID and the pharmacy representative did not accept it,” ABC 7 News reported. Amid social media attention and blowback from elected officials, Rite Aid reached out to Araujo to apologize and have Graciela rescheduled for her shot.

Biden administration policy states that the Department of Homeland Security “and its Federal government partners fully support equal access to the COVID-19 vaccines and vaccine distribution sites for undocumented immigrants.” The CDC has further issued guidelines for partner pharmacies distributing the vaccine that “assures that no one will be turned away for lack of specific identification documents,” like a government-issued ID or driver’s license.

These guidelines should apply to Rite Aid, which “is part of a federal and state partnership,” ABC 7 News said. But while a look at Rite Aid’s website now says that “you will not be turned away if you do not have a photo ID or insurance,” ABC 7’s March 17 report said that the drug store’s “website lists a government-issued ID as necessary.”

Immigration status “is not a requirement whatsoever at the federal, state or local level, and that organization (Rite Aid) has been told very clearly that that was wrong, and they immediately apologized for doing so, but it left the woman very distraught,” California Rep. Tony Cárdenas said according to ABC News. L.A. County’s Public Health Director Dr. Barbara Ferrer also clarified that “[y]ou will not be asked for any proof of your immigration status at all,” ABC 7 News reported. “As a matter of fact, you do not need a government-issued ID to get vaccinated in L.A. County.”

Araujo said his mom was not only left in tears, but embarrassed. “My mom was very angry because the pharmacy tech was saying you’re not going to get vaccinated pretty much in front of everyone and people were just kind of listening,” he said according to CNN. Araujo said that they accepted Rite Aid’s offer to vaccinate Graciela, but they opted go to a different location. “We accepted their apology but we’re not just going to sit and watch the disparities continue to happen,” he said in the report. “Me and my mom are going to continue to speak out about this issue.”

Araujo said that since sharing his family’s story, he’s heard from other people who’ve had similar difficulties. In her recent reporting for Prism, Tina Vasquez has also documented the kind of barriers facing undocumented people trying to access this lifesaving vaccine. She wrote that while the North Carolina Department of Health and Human Services has encouraged vaccine providers to not ask for I.D., “recommendations are not being adhered to at vaccination sites across the state.”

“A Durham resident says her Peruvian father was asked to provide an ID to be vaccinated in the Ballantyne neighborhood of Charlotte—the most populous city in the state, home to nearly one-third of North Carolina’s undocumented immigrants,” she wrote. “Fortunately, he was able to use his passport. Similarly, Rev. Daniel Robayo, who serves as Missioner for Latino/Hispanic Ministries of the Diocese of North Carolina, reported that he received word from a farmworker organization in eastern North Carolina’s Harnett County that an ID was requested at vaccine sites.”

Vasquez writes that advocates have urged any families encountering programs to not stay quiet, and reach out for help. “If you have any kind of identification—a matrícula, passport, whatever—consider taking it with you if you are worried or want to make things simpler. But please don’t worry,” El Vínculo Hispano executive director Ilana Dubester told her. “You cannot be turned away for not having documentation. If that does happen, call us or any other Latino organization and ask for help. We will help you get vaccinated and we will report what happened on your behalf.”