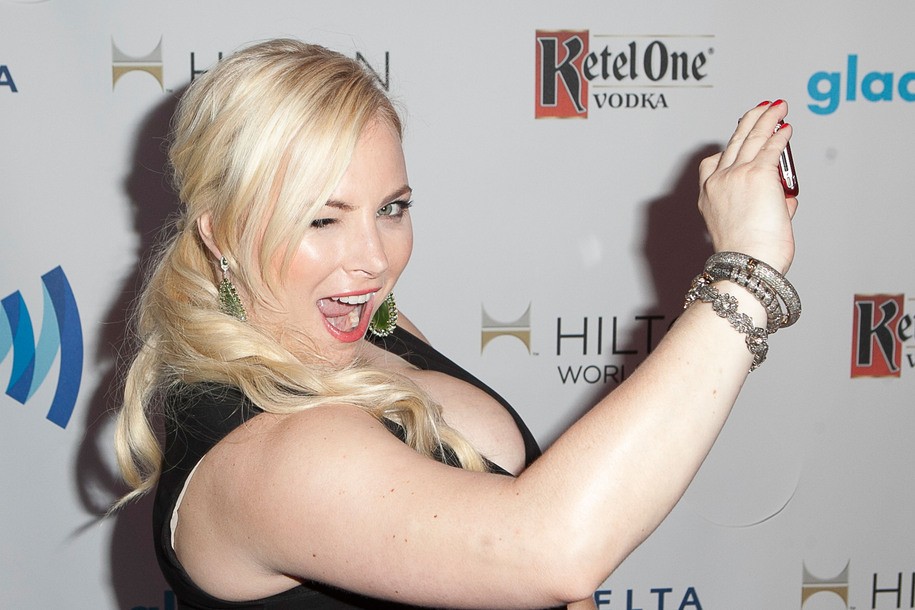 On Tuesday, Illinois Sen. Tammy Duckworth backed down from a threat to delay approving Joe Biden’s Cabinet nominees because of a lack of high-level Asian American representation among the president’s brain trust. She made the announcement after receiving assurances from the Biden administration that it would strive for greater AAPI representation in government.

As Duckworth, a Thai American, had previously noted in the wake of the recent Atlanta shooting, “we don’t have anybody either [at a senior level] in the West Wing or in a cabinet-level position, and I don’t think that’s a good message to send to a significant portion of our nation’s population—a population that’s really hurting right now after a year of being under attack.”

As internecine fights go, this is pretty small potatoes, and it looks like Democrats are working it out amongst themselves.

So Meghan McCain is outraged. Of course.

Behold! An urgent dispatch from the Algonquin Kids’ Table:

Meghan McCain: “We’ve only had one Asian American host co-host host this show. Does that mean one of us should be leaving because there’s not enough representation? We’re talking about — is identity politics more important than the qualifications for the job?” pic.twitter.com/0nN1ilB9Nn

MCCAIN: “So we’re going to a place where even if people need money, even if people are qualified to get into Ivy Leagues, race and gender is more important than your skill qualifications, the content of your character. It is not what Martin Luther King Jr. preached. I think this is a very, very slippery slope. I was very surprised to hear someone like Tammy Duckworth say something like this. She got a lot of blowback from a lot of people, not just on the right, and I think this is actually just the natural progression of identity politics. And I will say, just to put a cap on this, The View is 25 years old next year; we’ve only had one Asian American co-host this show, so does that mean one of us should be leaving at some point because there’s not enough representation? We’re talking about ‘is identity politics more important than the qualifications of a job?’ and I think that’s a question going forward that the progressive left is going to have to reconcile.”

Now, I could end this argument with just three words—“President Donald Trump”—but there’s a bit more to unpack here.

First of all, McCain had better be careful about saying things like “one of us should be leaving at some point.” She looks like she got this job by sending in more Wheaties boxtops than Ann Coulter’s vestigial twin, but the real reason she’s gainfully employed is even less impressive: She’s the daughter of a six-term U.S. senator. That tends to help when you’re filling out job applications.

Also, at what point did Whoopi Goldberg’s soul completely leave her body and enter a nearby coffee percolator? Because I can’t believe she can sit there listening to this tripe without sticking her head in an old-timey diving helmet chock-full of smelling salts. It’s only a matter of time before she beats this entitled twit to death with her Ghost Oscar.

Representation matters, particularly with respect to high-profile government and, erm, media jobs. And someone who was placed on third base as a pinch runner probably shouldn’t whine about how the batter on deck hasn’t proved she can hit breaking balls.

Also, McCain the Younger’s line of reasoning utterly depends on the racist assumption that the only reason people of color ever get hired is because of some form of affirmative action, when we all know God intended people to advance based on how many powerful white men they know and/or whose regal loins they’ve sprung from.

Then again, she is a Republican, and this is just the sort of flabby reasoning you can reliably expect from one of her ilk.

Oh, and not for nothin’, Twitter users continue to document what appears to be a longtime silent protest against the senator’s daughter.

I will never hate anyone as much as the View’s hair stylist hates Meghan McCain.

the View’s hair and makeup team expressing their contempt for meghan mccain every day is hilarious pic.twitter.com/D59zatn2NX