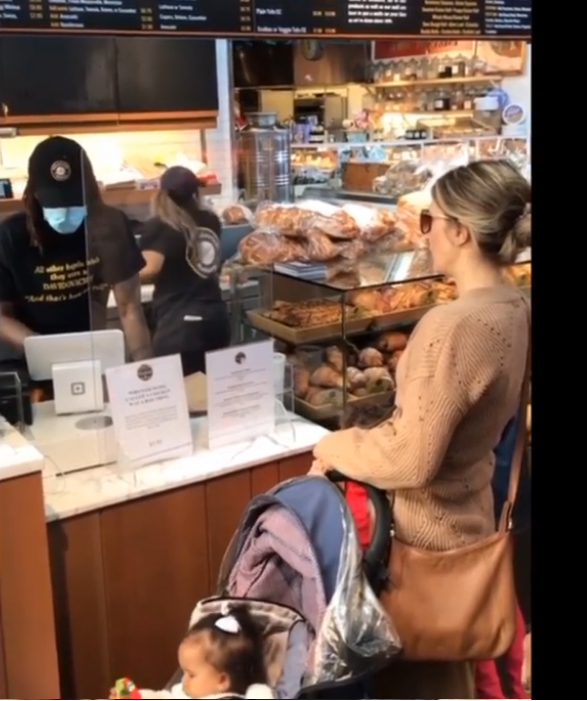 At some point we should probably acknowledge the fact that the majority of those who supported Donald Trump are just bad people. After all, it seems clear that they intend to go out of their way to prove the point, one by one, time and time again.

As reported by the New York Daily News, a woman, identified as Stephanie Denaro of Queens and accompanied by at least three children, got in line at the Davidovich Bakery on New York City’s Lower East Side.

Denaro was not wearing a mask, so the Black cashier politely asked her to put one on to receive service. One of the bakery’s security guards standing by told the cashier that it was up to him whether he would serve her. Probably because he was concerned about violating the bakery’s rules for serving customers without masks, he indicated he did not wish to serve her.

The security guard then advised the woman that she would have to leave.

She responded by asking “Why? Because he’s a bitch-ass nigger, is that why?”

Denaro then crowed with glee when the room erupted in disgust.

This mf is in New York talking like this …(Davidovich Bakery “EssexMarket”) pic.twitter.com/3Con07fXJJ

There is no shortage of racists in the state of New York; yet another “Karen” incident at a small bakery is hardly news. What is unique about this particular confrontation is that this woman shows a particular degree of entitlement to denigrate others with a racial slur. In fact, she says as much during the incident, when she cheerfully mocks the disapproval expressed by the other customers, dancing while singing “I just said it, you heard it!”

As noted by HuffPost’s report of the same incident:

As bystanders groaned in outrage and the security guard repeated demands that the woman leave, she doubled down.

The Daily News contacted Denaro by phone after the incident.

When asked if she was concerned about the video going viral, she said, “It’s actually great, because they’re forcing people in New York City to wear masks. It’s political theater. I don’t believe in COVID-19. It’s a hoax to convince people to use absentee ballots to steal the election from Donald Trump.”

She also excused her use of the racial slur by claiming that her children were fathered by Black men and that she had heard them use that term “all my life.”  Several photographs of Denaro on social media confirm her as an avid Trump supporter.

If Donald Trump left any “legacy” to this country, this woman’s attitude captures it completely and effectively. He emboldened many of his followers to wear their racism proudly on their sleeve, wholly unconcerned about how their verbal abusiveness is received, or how it impacts those toward whom it is directed.