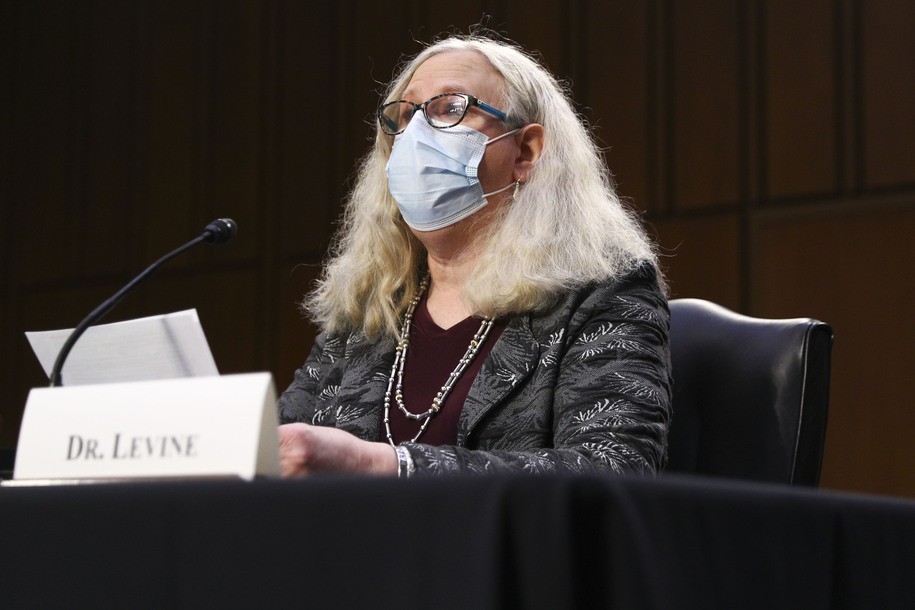 On Wednesday, the U.S. Senate voted 52-48 to confirm Dr. Rachel Levine, an openly transgender pediatrician, as assistant secretary for health in the Department of Health and Human Services. Levine, who previously served as Pennslyvania’s secretary of health, is the first openly transgender federal official confirmed by the Senate, as reported by NPR. In other words, Levine quite literally made history.

In reference to her nomination, President Joe Biden said he believes that Levine has the expertise and background “we need to get people through this pandemic” regardless of their “ZIP code, race, religion, sexual orientation, gender identity or disability” and to “meet the public health needs of our country in this critical moment and beyond.” All Democrats, independents, and two Republicans (Sens. Susan Collins and Lisa Murkowski) voted in support of Levine, as reported by The Washington Post. But, unfortunately, we can’t discuss Levine’s historic victory without acknowledging the recent transphobia she has faced.

First, Levine made a moving promise to the LGBTQ community. In a statement to The New York Times, Levine wrote in part: “I recognize that I may be the first, but am heartened by the knowledge that I will not be the last. When I assume this position, I will stand on the shoulders of those who came before—people we know throughout history and those whose names we will never know because they were forced to live and work in the shadows.”

In references to discrimination and attacks transgender youth in particular face, Levine wrote in her statement, “I cannot promise you that these attacks will immediately cease, but I will do everything I can to support you and advocate for you.”

But some have used Levine’s history-making advance as an opportunity to spew anti-trans hysteria. As Daily Kos covered at the time, during a Senate Health, Education, Labor, and Pensions Committee hearing in February, Republican Sen. Rand Paul ranted about “genital mutilations” under the guise of talking about gender-affirming health care for people under 18. Levine graciously and calmly shut down his transphobic talking points with a response that quickly went viral.

“Transgender medicine is a very complex and nuanced field with robust research and standards of care that have been developed,” Levine replied to Paul at the time. “If I am fortunate enough to be confirmed as the assistant secretary of health, I will look forward to working with you and your office and coming to your office and discussing the particulars of the standards of care for transgender medicine.” Smooth, smart, and entirely non-inflammatory, unlike Paul’s lengthy attack.

Unfortunately, but unsurprisingly, Paul is far from the first person to attack the physician because she is openly transgender. There are numerous reports of disturbing slurs and insults Levine faced while serving the people of Pennslyvania in her prior role, for example.

Levine has spoken out about the transphobia she’s faced in the past. “While these individuals may think they’re only expressing their displeasure with me, they are, in fact, hurting the thousands of LGBTQ of Pennsylvanians who suffer directly from these current demonstrations of harassment,” she stated at a press conference last year. “Your actions perpetuate the spirit of intolerance and discrimination against LGBTQ individuals and specifically transgender individuals.”

Levine went on to talk about the lack of discrimination protections in the workplace and housing for LGBTQ folks, and especially LGBTQ youth, seniors, and people of color. And, as Daily Kos continues to cover, we know that in present day, there are a slew of anti-trans bills pending across the nation, centering on excluding transgender girls from girls’ sports, trying to make it a felony for physicians to provide youth with gender-affirming care, and making it near impossible to update the sex on one’s birth certificate.

“We have not made progress unless we’ve all made progress,” Levine stated. While this particular statement is from 2020, it’s well worth watching in full.