In House hearing on extremism, Republican reveals he’s been duped by military version of ‘The Onion’ 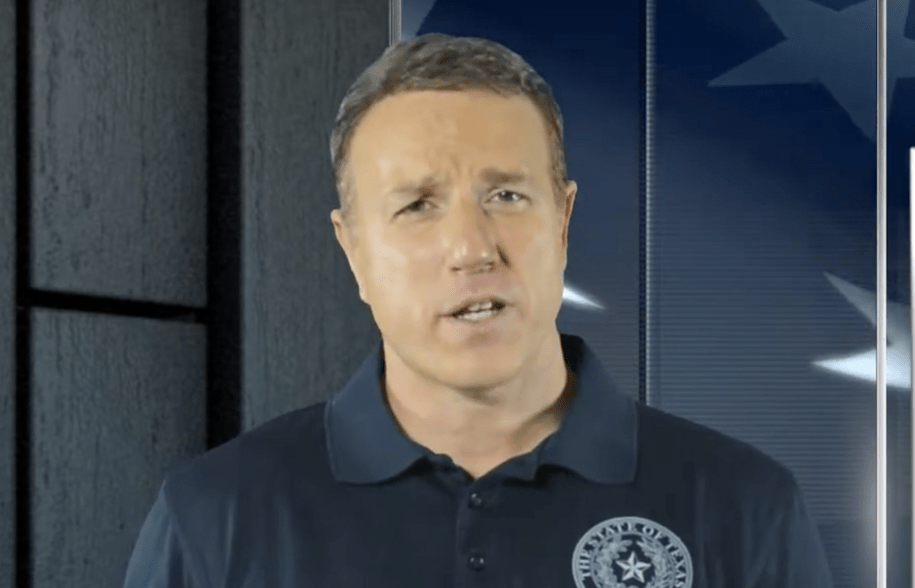 Most of us don’t think Bill Gates has uploaded Windows Vista into the COVID-19 vaccine, and we won’t give credence to inanities burped out by semi-ambulatory heaps of knob cheese who listen to demon sperm doctors instead of world-renowned infectious disease experts. Why? Because we’re astute consumers of media.

But Republicans, by and large, are not. My own sister is an anti-vaxxer now, and if I ever deign to don a hazmat suit so I can safely visit her in her benighted Northeast Wisconsin redoubt, I’ll let her know that the vaccine is safe, effective, and … oh, my God, why is a baby arm growing out of my abdomen, and why does it keep slipping strawberry Yoo-hoo into my parachute pants while I’m searching for loose-leaf tea?

Okay, just kidding. I don’t drink loose-leaf tea. See how easy it is to fool people on the internet, though? I mean, just ask Republican Rep. Pat Fallon, who hails from—oh, Jesus Christ; this again—Texas.

During a Wednesday House Armed Services Committee hearing on extremism in the military, Fallon asked Lecia Brooks, chief of staff at the Southern Poverty Law Center (SPLC), if the group had named the VFW and American Legion as hate groups. (Spoiler alert: It hadn’t.)

“Has your organization named the American Legion as a hate group?” Fallon asked a puzzled Lecia Brooks, chief of staff at the Southern Poverty Law Center.

“Were you aware that the organization named the VFW, the Veterans of Foreign Wars, as a hate group?” he continued. “You had in the past.”

Needless to say, Brooks was not aware of that, because it wasn’t true. In fact, Fallon’s incredible claims had actually appeared in Duffel Blog, a satirical website focused on fake military stories. In other words, Fallon got snookered by the military equivalent of an Onion article. And he wasn’t the only one.

Brooks contested that claim immediately, but it wasn’t until about half an hour later, after she drew similar questions from Rep. Scott DesJarlais (R-Tenn.), that she pointed out the satirical source of Fallon’s error.

After the “confusion” was cleared up, committee chair Rep. Adam Smith, a Washington Democrat, stated the, well, obvious: “That’s why we have these hearings, is to try to get to the facts. Then we can debate what to do with them, but we can’t be throwing out a bunch of misinformation.”

Of course, if Fallon had studied Duffel Blog a bit more closely, he would have seen headlines like “Kim Jong-Un seen outside Mar-a-Lago blasting ‘In Your Eyes’ on boombox” and “Army mandates quarterly ‘don’t invade the Capitol’ training.” So, yeah, this is pretty clearly satire.

A spokesperson for the SPLC confirmed to The Washington Post that it has never listed either veterans organization on its “hate map,” a much-cited, sometimes challenged list of extremist groups.

To be fair, this isn’t the first time a Republican has been taken in by Duffel Blog. According to the Post, in 2012 Yertle McTurtle himself was fooled by a Duffel Blog story claiming prisoners at Guantanamo Bay were receiving G.I. Bill benefits. In fact, then-Senate Majority Leader Mitch McConnell was so concerned he sent an inquiry about the story to the Pentagon.

Then again, Moscow Mitch isn’t as stupid as the rest of them. He may have thought (quite accurately) that Republicans would believe anything.

I mean, they pretty much always have, right?