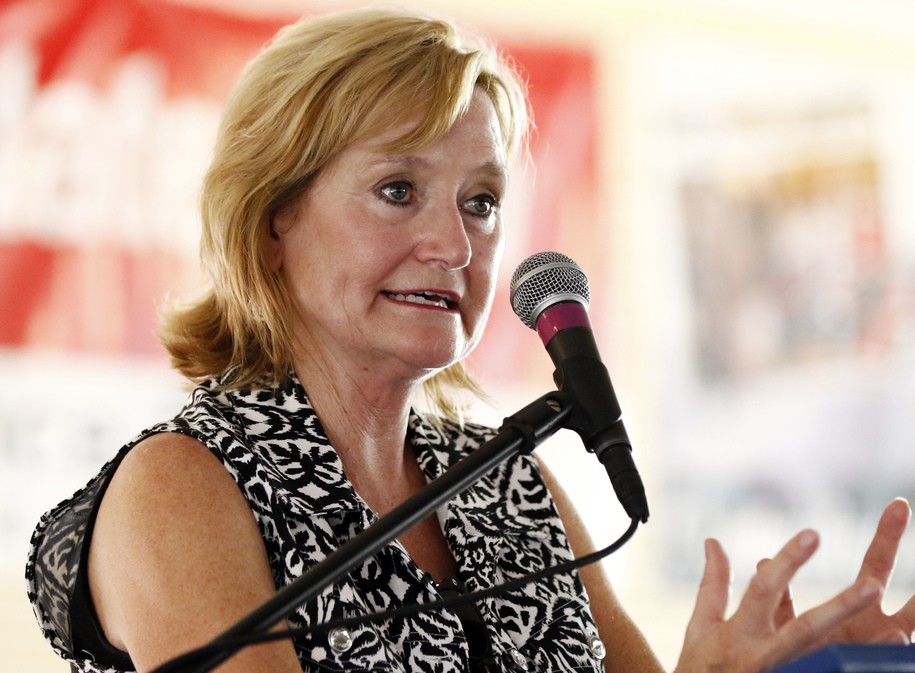 Before we get started, remember that Southern slave owners used the Bible to defend slavery for generations. Also, NASCAR races are often held on Sundays. And Cracker Barrels are packed stem to stern on the Lord’s holy day. And the Creation Museum? Yup, open on Sundays.

But Black people voting? That’s where God draws the line.

I give you Mississippi Sen. Cindy Hyde-Smith:

HYDE-SMITH: “Sen. Schumer’s question was, he was wondering why on Sundays Georgia would not participate in an electorial [sic] process of gathering signatures … registration and things on Sunday, and I would just like to respond to that. Georgia is a Southern state just like Mississippi. I cannot speak for Georgia, but I can speak for Mississippi on why we would never do that on a Sunday or hold an election on a Sunday. You know, this is our currency, this is a dollar bill. This says, ‘The United States of America, in God we trust.’ Etched in stone in the U.S. Senate chamber is ‘in God we trust.’ When you swore in all of these witnesses, the last thing you said to them in your instructions was ‘so help you God.’ In God’s word in Exodus 20:18, it says ‘remember the Sabbath and keep it holy,’ so that is my response to Sen. Schumer.”

First of all, you soulless blatherskite, the Sabbath mentioned in Exodus is the Jewish Sabbath—Friday evening to Saturday evening. Of course, the Ten Commandments also pointedly warn against creating graven images, but …

A golden calf has appeared at CPAC as a golden Trump statue. Both are idols & their worship a “great sin” as Moses called the idolatrous calf at Mt. Sinai & destroyed it. Republicans have clearly lost their way but who will call many white Christians out of their Trump idolatry? pic.twitter.com/QY0p2tFP5U

Secondly, Georgia’s proposed “no doing election stuff on Sundays” rule has fuck-all to do with God, unless God is an unreconstructed racist, too.

The proposal to end in-person early voting on Sundays would be a blow to Black churches that host “Souls to the Polls” get-out-the-vote events. Early voting would only be allowed on weekdays and on one Saturday.

“By seeking to eliminate Sunday voting, you are targeting people of faith whose jobs and economic circumstances make it hard for them to get to a polling place,” said Nancy Flake Johnson, president of the Urban League of Greater Atlanta, a civil rights and economic justice organization. “Many of these are people of color and low-income citizens who have transportation issues or have long work hours.”

But tell me again, Chief Justice John Roberts, why the Voting Rights Act is no longer needed? They already want to prohibit distribution of water and pizza to people standing in artificially long voting lines. What’s next? American Ninja Warrior obstacle courses? Literacy tests written in Zapf Dingbats? How much more obvious can it be that they’re trying to suppress minority participation?

Luckily, Georgia Republicans, in the face of withering criticism, rescinded some of the most restrictive provisions of their bill (under the revised and still wildly suppressive bill new law, local officials would have the option to open polls on two Sundays prior to elections), but this nonsense tells you where their heads are at.

Yes, I know “God” is printed on our money. That’s why I buy everything with Chuck E. Cheese Skee-Ball tickets whenever possible. But that has nothing to do with the issue at hand.

Then again, very little these people say these days has much to do with any part of consensus reality.