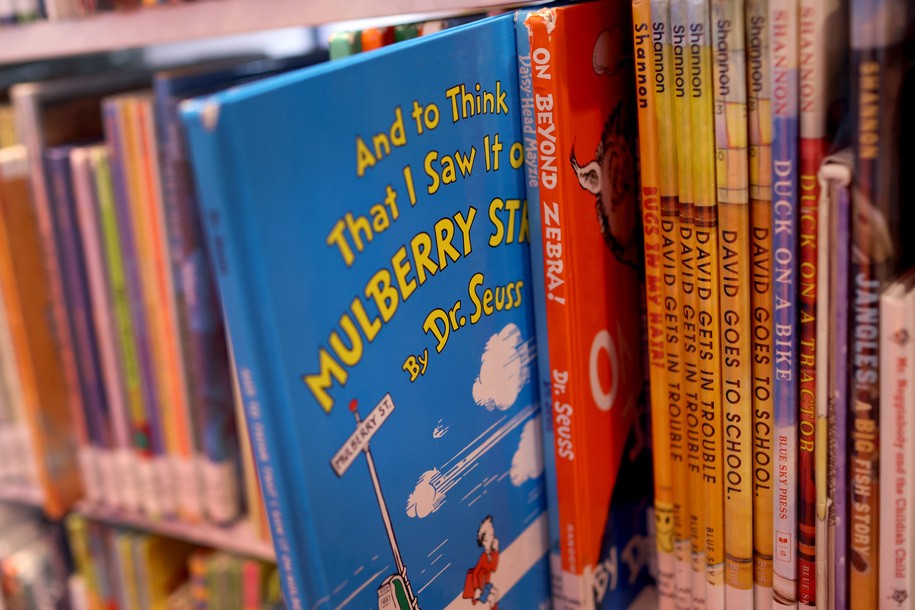 Forgive my fit of pique. Another salvo in the Dr. Seuss Wars comes just as I’d finished training my Seuss-sniffing German shepherds to find, identify, and eliminate all 12 extant copies of McElligot’s Pool. Meanwhile, my stormtroopers are conducting a thorough sweep of Little Free Libraries across the nation.

Horton is about to hear more than just a motherfuckin’ Who, people! What’s this? Bartholomew and the Ooblek? What the fuck is an ooblek? Sounds like a Secret Service code name for Ted Cruz. Better call in an airstrike just to be on the safe side.

War is hell, man, and I’ve already seen some things you just wouldn’t believe. Like the latest piece of legislation from GOP Rep. John Joyce, who’s introduced a new bill to … do something or other.

From WHTM News, via WTRF.com:

The Guarding Readers’ Independence and Choice (GRINCH) Act seeks to protect classic authors, including authors such as Dr. Seuss, who have been criticized for materials deemed to be offensive.

“The GRINCH Act will prohibit taxpayer dollars from funding bureaucrats’ attempts to censor children’s literature and determine what our kids are permitted to read,” added Dr. Joyce.

Since 2019, Dr. Joyce has visited 20 public libraries across nine counties in Pennsylvania’s 13th Congressional District, delivering hundreds of books from the Library of Congress — among them children’s selections.

Okay, first of all, GRINCH is simply not an acronym for “Guarding Readers’ Independence and Choice Act.” That would be “GRICA.” Or, if I’m going to be really generous, “GRIACA,” which at least has the correct number of letters. Dr. Seuss didn’t teach me much, but he taught me that.

Secondly, exactly when do bureaucrats use taxpayer dollars to censor children’s books? Has that even happened? I know Dr. Seuss’ estate made a free-market decision to pull a handful of books from its catalog that featured objectionable (i.e., super racist) drawings, but I don’t recall Joe Biden convening an anti-Seuss task force.

The truth is, lots of products get discontinued for all sorts of reasons. For instance, I can’t find Fruit Stripe gum anywhere. Where the fuck is my Fruit Stripe gum, Republicans? Why isn’t the thing I want throwing a madcap rager in my mouth as we speak? I chewed Fruit Stripe gum as a child. I want some now!

By the way, Joyce is a medical doctor. Like Ben Carson.

If I’d known becoming a doctor were this easy I might have done more in biology class than dress all my dissectin’ frogs in a series of increasingly twee Polly Pocket outfits.

We’ll get through this, folks. Keep the faith. And remember, there are no atheists in Fox in Socks-holes. Or something like that.